J-Hope and Jimin recently attended the Lollapalooza festival which took place on July 30. J-Cole is a special artist for BTS as well as ARMY. 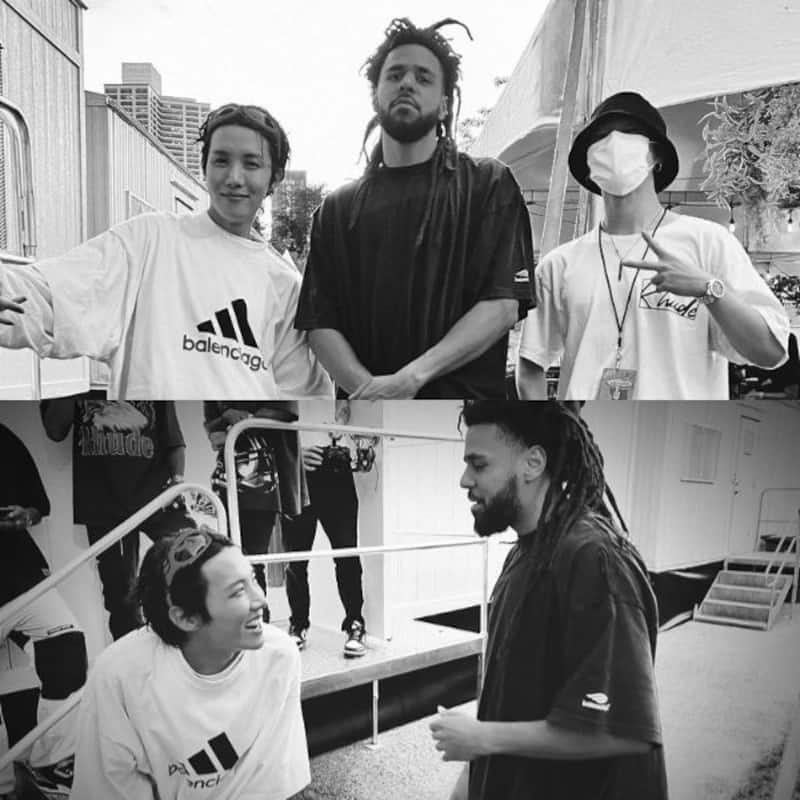 The popular South Korean pop band BTS members J-Hope and Jimin recently attended the Lollapalooza festival which took place on July 30. Several prominent celebs attended the prestigious event along with J-Cole. Well, J-Cole is a special artist for BTS as well as ARMY. J-Hope recently shared a series of pictures with J-Cole and left his fans in awe. For the uninitiated, J-Cole has been a musical idol for BTS’s rappers. In 2013, the group released a song named 'Born Singer' that was an adapted version of J Cole’s 'Born Sinner'. The song has a special place in the hearts of J-Hope and J-Cole along with their fans. ARMYs were in love with them as they went the extra mile to get an official release in their anthology album Proof. Also Read - BTS: Jin again proves to be the best cook of the K-Pop band; prepares THIS succulent shrimp toast [Watch Video]

In another song named Hip Hop Phile, J-Hope namedropped J Cole in his line. He wrote, “Hope hope world before I built my own world, there was Cole world.” He captioned his post as, “Hope world meets cole world”. Fans went emotional seeing the post. Pictures and videos from the concert are trending on the Hollywood News. Also Read - BTS: Jungkook's Mood 'Inner Self' Teaser sets fire to the internet; ARMY goes bonkers [Watch Video]


J-Hope even paid tribute to J Cole through his first mixtape Hope World.