Two of the BTS members - Park Jimin aka Jimin and Kim Seokjin aka Jin are named among the TOP Trends on Twitter. Yes, you read that right. The visuals of these two Bangtan Boys have left the BTS ARMY swooning over their visuals and how! 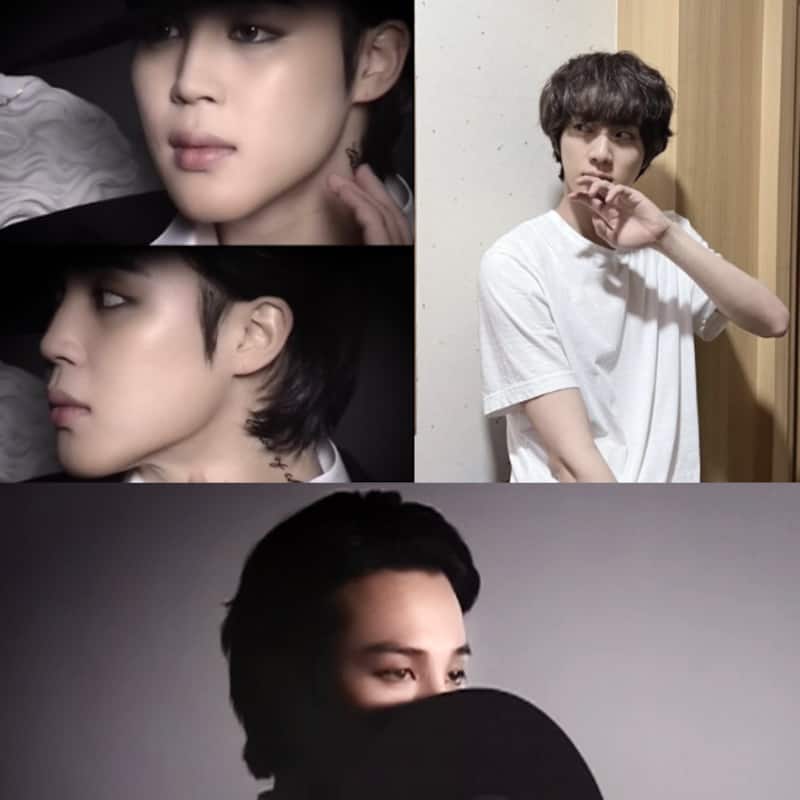 BTS may be on a hiatus but the Bangtan Boys – RM, Jin, Suga, J-Hope, Jimin, Taehyung and Jungkook – are working tirelessly on their solo projects. Every day, at least one of the septet makes it to the trends online. This time we have two of the BTS members who have made it to the trends – Park Jimin and Kim Seokjin. BTS ARMY, y'all would know that the boys' special photo folio will be releasing on their birthdays. And now, it's time for Jimin's Folio. And boy, he looks amazing! On the other hand, Jin made a comeback on Instagram after a while. And both Jimin and Jin's visuals have left ARMY in a tizzy. Check out why below: Also Read - BTS: Kim Taehyung aka V to feature in a variety show with two of the Wooga Squad members? Here's what we know

Talking about Hollywood News, Jimin has joined the list for the video snippet of Park Jimin's Photo Folio Chaos that was released by Big Hit aka HYBE on Bangtan TV. In the video sampler of Jimin's Photo Folio, we see him discussing outfits with the staff. The concept of the Filter and Run BTS singer is to showcase his raw side. Jimin has put a lot of emotions into his photo folio. Also Read - BTS: Ahead of Kim Seokjin aka Jin's military enlistment, HYBE issues a statement on gathering outside training centre; ARMYs turn emotional

jimin’s tattoos on the neck, hand and arm ?‍??‍??‍??‍? pic.twitter.com/dUzz2vMLNG

Me, Myself & Jimin ‘ID : Chaos’ pic.twitter.com/TWGVoxuS8H

#JIMIN : he has always liked to play with fire . pic.twitter.com/9ynqylBbUN

Jimin using Artemis: The Goddess of the Hunting and Moon pic.twitter.com/GoOy2i9hcl

I'M NOT STRONG ENOUGH TO HANDLE THIS JIMIN pic.twitter.com/f9vCoHb3v7

Talking about BTS' eldest member Kim Seokjin aka Jin, the vocalist and Worldwide Handsome member dropped a couple of pictures on his Instagram handle which left ARMY in disbelief. Jin is turning 30 this year and he seems to be ageing backwards. Even Jung Hoseok aka J-Hope agrees. There's a funny story behind Jin's IG post. The Yet To Come singer was not able to see his phone gallery as he wanted to post on Instagram. He posted about his dilemma on Weverse. Eventually, Jin did figure out how to post. And after posting his snaps, ARMY is having a meltdown. Also Read - BTS: SUGA aka Min Yoongi reveals how RM reacted when he came home drunk in their younger days; ARMY cherishes NamGi bond

OMG KIM SEOKJIN HOW ARE YOU REAL?! ? pic.twitter.com/yB3BCyGx9R

Kim SeokJin the most beautiful man in the world. ? pic.twitter.com/fk188jwdVk

KIM SEOKJIN FINALLY FIGURED OUT HOW TO POST THE PICS ON INSTA . HE LOOKS SO HANDSOME OMG HIS FLUFFY HAIR pic.twitter.com/FMaWKqnSBg

no one comes close to kim seokjin’s face card I said it pic.twitter.com/oZ2TTBNFgl

how can someone be so perfect and why is it kim seokjin ?? pic.twitter.com/SkqCT3Iqsy

KIM SEOKJIN THE PRETTIEST PERSON IN THIS WORLD ?#BTSJIN pic.twitter.com/vzGH5ZrYeh

What's next for Jin and Jimin?

Well, neither Jin nor Jimin have announced their solo projects yet. However, both Jimin and Jin have had an elaborate schedule in the US a couple of weeks ago. Jimin seems to have collaborated with international artists whereas ARMY is waiting for Actor Jin's debut.