BTS: Jimin, Becky G and others cheer for J-Hope as he performs at Lollapalooza in Chicago; ARMY is going insane over his electrifying energy and swag [VIEW TWEETS]

J-Hope of BTS gave an electrifying performance at Lollapalooza in Chicago. Whilst ARMY went insane, Becky G and Jimin too cheered for him. 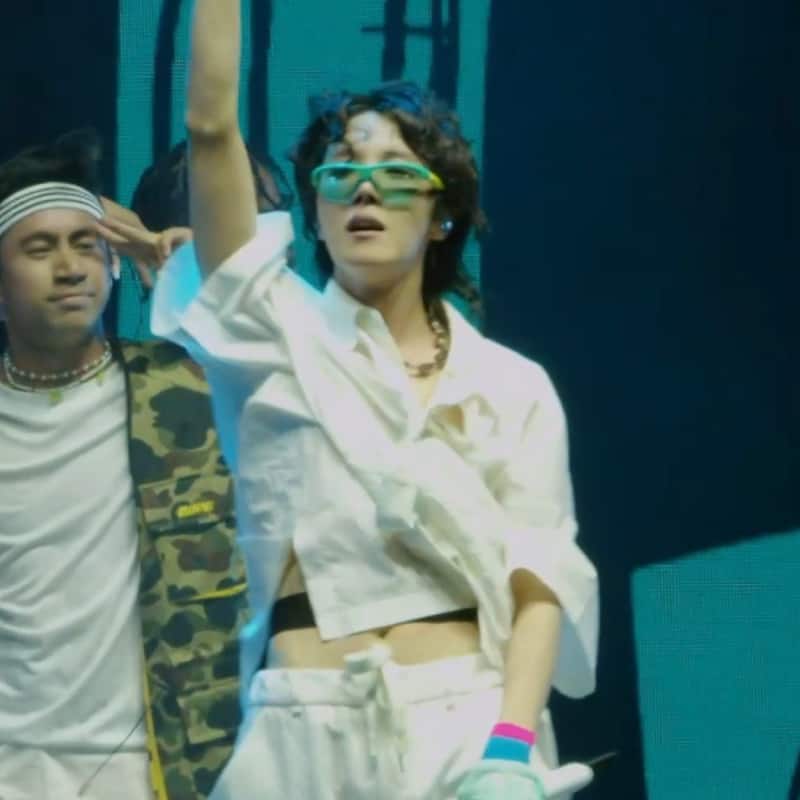 Korean boy band BTS is world famous but now the stars are focusing on their individual careers for the time being. Jung Ho-seok aka J-Hope has now come up with a solo album Jack In The Box. The songs have already turned into chartbusters and now he is in the news for his concert. J-Hope recently performed at Lollapalooza in Chicago and it was a full house. Fans known as ARMY turned out in large numbers to see J-Hope perform. Apart from the fans, Jimin and Becky G were also present at the concert to cheer for him. In fact, Becky even joined him on stage. Twitter is filled with pictures and videos from the concert making it big among Hollywood News and that sure tells us that BTS as a group or without, will forever be a hit. #HOBIPALOOZA is trending on Twitter and indeed ARMY is unable to keep calm whilst gushing over his swag and energy. Also Read - BTS: Jin again proves to be the best cook of the K-Pop band; prepares THIS succulent shrimp toast [Watch Video]

Check out a few tweets below: Do not miss spotting Jimin in the crowd cheering for his bestie J-Hope. Also Read - BTS: Jungkook's Mood 'Inner Self' Teaser sets fire to the internet; ARMY goes bonkers [Watch Video]

The way Hobi got surprised when he heard the loud crowd singing with him. #HOBIPALOOZA #jhopeAtLollapalooza
JUNG HOSEOK pic.twitter.com/9OULGDFzSF

ok but everyone knows that Jhope the king of Lollapalooza. #HOBIPALOOZA pic.twitter.com/HYkGklzdYR

Becky G: "This moment means a lot to me. Not only am I honored to be here, but I'm very proud, I'm very proud of you and I'm grateful"#HOBIPALOOZA #jhopeAtLollapalooza @BTS_twt pic.twitter.com/LqpWQpWgBg

Well, only BTS members can pull such a powerful performance and leave the fans thrilled. What say? Also Read - BTS member J-Hope christened 'walking sweetheart' by Becky G who spills beans on how they kept the Lollapalooza performance secret [Watch Video]