BTS: Jimin leaves Paris to get back to Korea. ARMY impressed with the top-notch security given to the Vibe singer by French authorities at the airport 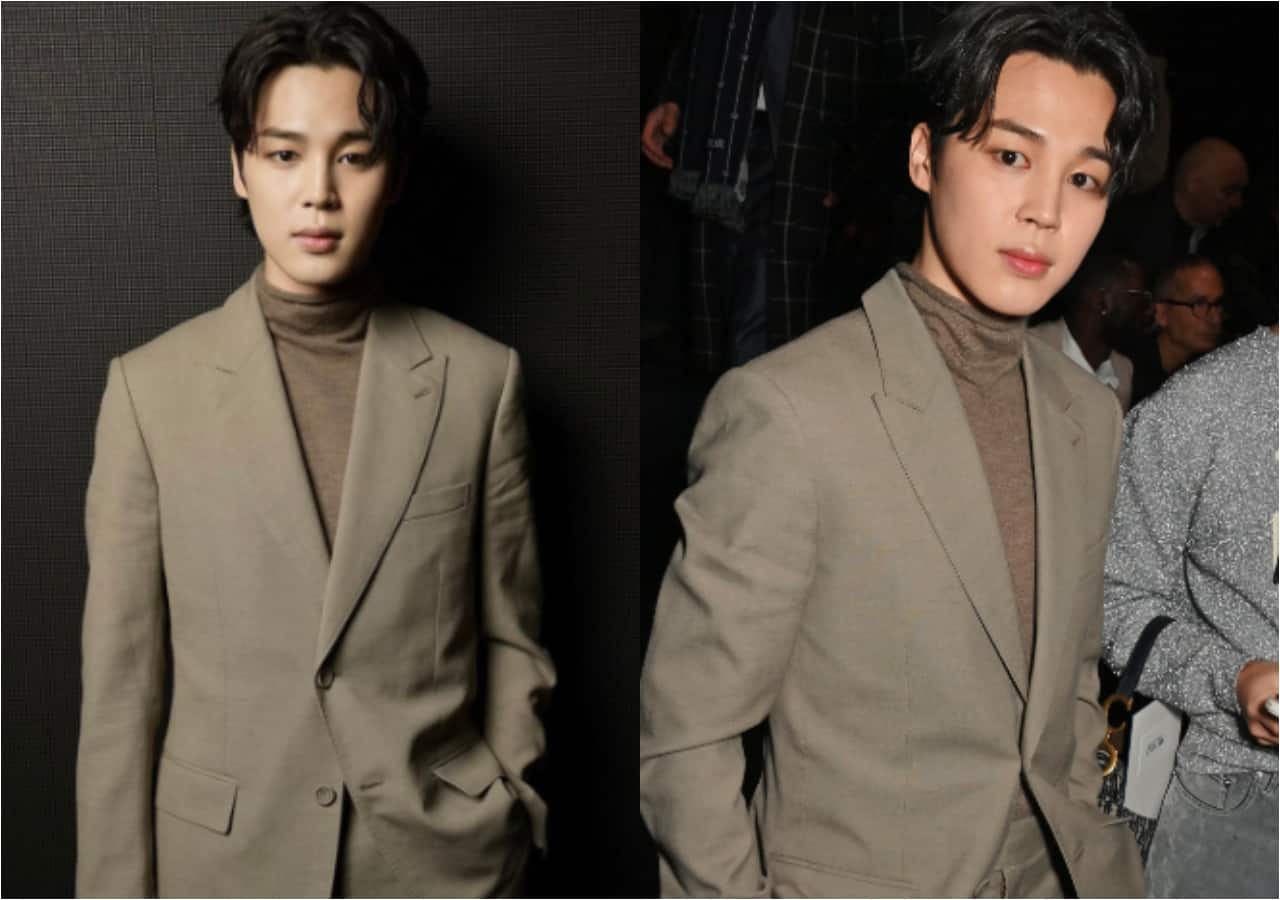 BTS member Jimin has left Paris for Seoul. He was seen at the Charles de Gaulle airport dressed in a long mustard overcoat. The Vibe singer made his debut as the global brand ambassador of Dior at the Paris Fashion Week 2023. Dressed in a sleek grey suit, he cut a figure of elegance and sharpness as he walked into the event. Since its inception, Dior also saw the largest crowds outside the venue. Fans cheered for both Jimin and JHope. The Arson singer is still in Paris. It looks like he will be attending some more shows. As we know, he is a bonafide fashion icon. Also Read - BTS: Park Jimin is not just an amazing dancer, singer but also a big time FLIRT and THIS video is proof [Watch]

BTS ARMY is super impressed with the security given to the members in Paris, France. The same bodyguard who was with Kim Taehyung for Celine was there for Park Jimin too. The security at Charles de Gaulle airport was also top class. After Argentina, that gave presidential level security to Kim Seokjin aka Jin, France is acing it. ARMY is super impressed with this... Also Read - Hollywood Weekly News Rewind: Will Smith apologises to Chris Rock again; BTS Jimin's dating rumours with Korean actress and more

THE PARIS AIRPORTS HAVE EXCELLENT SECURITY AND THEY DO NOT PLAY! THEY CARRY MAJOR WEAPONS, ONCE U SEE THEM YOU BEHAVE!!

I was impressed with Paris's treatment of Jimin, the way security team's service take care and protect Jimin is the best. To BH, i hope Jimin is treated well as he arrives at SK airport. https://t.co/XLro0APojV

Our Jimin is so kind and cute, I love you so much my boy???
HAVE A SAFE FLIGHT JIMIN#VIBE by #Taeyang Feat. #JIMIN #BTSJIMIN of #BTS (@BTS_twt) pic.twitter.com/mtgKFhiclG

Jimin is going back to korea ✈️

HAVE A SAFE FLIGHT JIMINpic.twitter.com/IG2JW27gSz

In the past, we have seen how Jimin, JHope and Namjoon have been mobbed at airports. ARMY has been complaining that the security of the boys have been compromised. This gesture from French authorities have warmed hearts. Also Read - WHAT! Meet BTS Jimin's Philippines doppelganger that leaves netizens confused with his uncanny resemblance