BTS: Jimin and JHope attend the Dior fashion show at the Paris Fashion Week 2023. This is the Vibe vocalist's first public appearance as the global brand ambassador 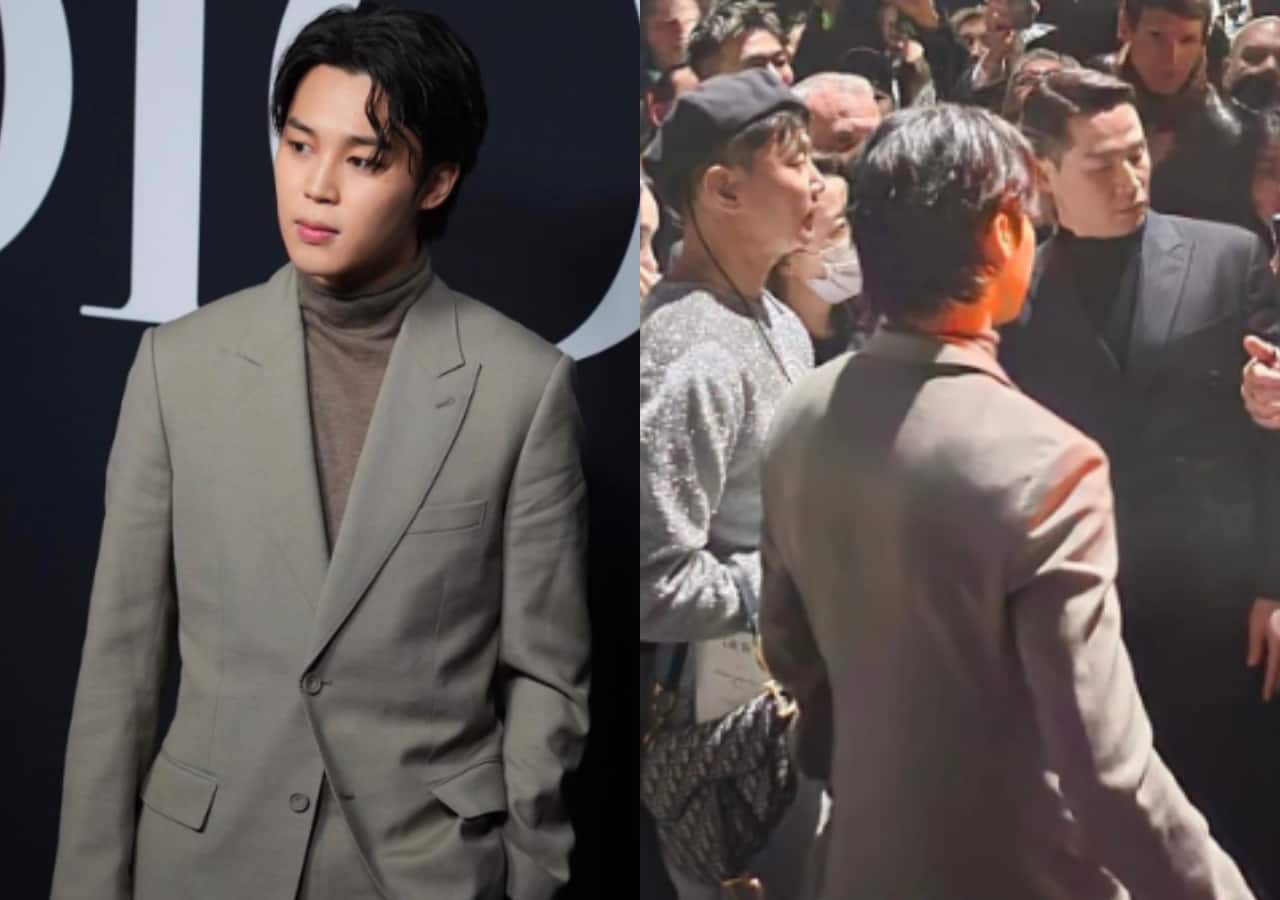 It looks like Dior has hit the jackpot after making BTS member Park Jimin its global brand ambassador. We have read reports how stocks of the luxury brand rose by 31 per cent after the mega announcement. Today, Park Jimin aka Jimin made his first public appearance at the Paris Fashion Week 2023 as the ambassador. He was dressed in a sharp grey suit. The vocalist of BTS was given a huge entourage of security and staff as he walked into the venue. BTS ARMY will be happy to know that Jung Hoseok aka JHope was also with him. The two sat down together at the event. Also Read - BTS: Park Jimin reveals things that touched and stayed with him throughout the years; ARMY, it'll leave you teary-eyed

Park Jimin aka Jimin was chosen by the French luxury label as he represents the artistry and singularity that Dior exemplifies. Jimin's whole photoshoot for W Korea magazine was sponsored by Dior. Blackpink member Jisoo is also one of the Korean brand ambassadors of the label. Well, hundreds of ARMYs had gathered to cheer for him. The noise was deafening. Jimin looked a bit nervous but handsome as hell. Take a look at the pics and videos here... Also Read - BTS: Jimin and J-Hope shower Jin with love as Kim Seokjin shares pics in military uniform [Read their cute interaction]

ARMY is celebrating the moment on social media. Park Jimin is known for his distinct style. He is also very popular in the US and Europe. Jimin has come with a new song, Vibe with Big Bang vocalist Taeyang. Also Read - Trending Entertainment News Today: SS Rajamouli hints about working in Hollywood, reason for Pathaan star Shah Rukh Khan's low-key promotions

this is the biggest crowd Dior have ever witnessed, literally filled every corner#JIMINxDIOR #JiminAtDiorFashionShow pic.twitter.com/lHcZJUjmXE

Now, fans are waiting for the announcement that Kim Namjoon aka RM might be the new ambassador of Bottega Veneta. He wore the brand all through the brand promotions. Kim Taehyung aka V created a sensation in Paris when he came for the Celine show.