BTS: Jimin shares the inspiration behind his moon tattoo and ARMY is totally impressed [VIEW TWEETS]

In a recent chat with fans through Weverse, BTS member Jimin spoke about his tattoos and revealed what inspired him to get a moon inked on his neck. 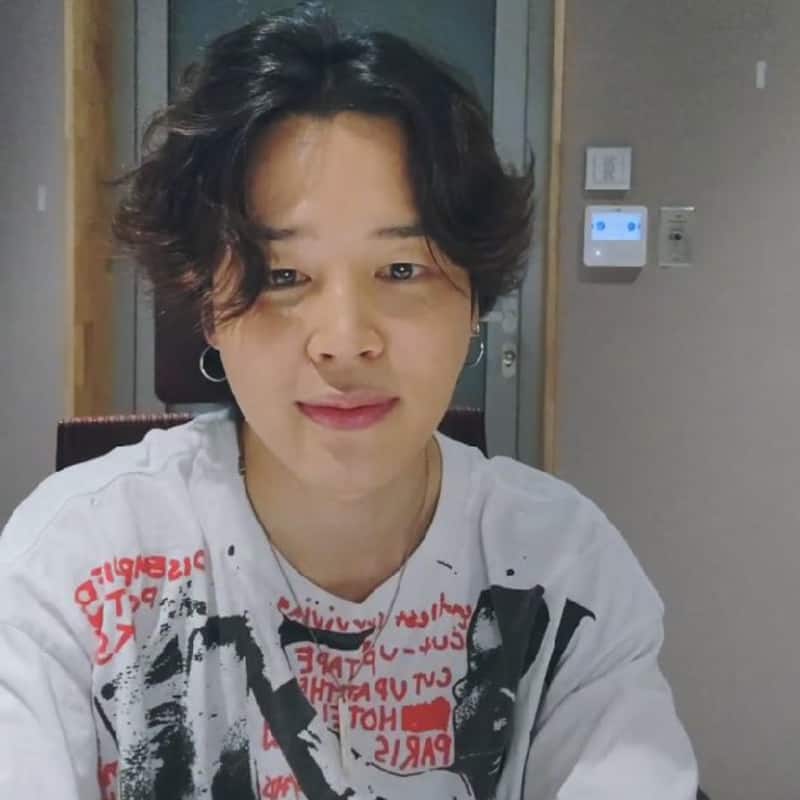 BTS member Jimin is a tattoo lover. He reportedly has almost six tattoos. One of the most prominent tattoos is the one on the back of his neck. He has a moon tattooed on his neck that he always flaunts while at a concert or otherwise. But what is the inspiration behind this tattoo? Well, Jimin himself has shared the details. He conducted a Weverse live chat with fans today. It was indeed a treat for his fans as Jimin randomly decided to chat with his fans and what was more exciting his that he was his candid best. He even revealed the inspiration behind his moon tattoo. He shared that it is inspired by a fan art. Also Read - Run BTS returns! Kim Taehyung, Jungkook, Suga and others try fly-yoga; ARMY cannot keep calm [View Tweets]

Yes, you read that right! Jimin got so inspired by one of his fans' art that he decided to get it tattooed on his neck. This indeed must have made the day of the fan who created the art. For the sweet confession, all his fans are hailing him on social media. He even revealed that he now has five moons tattooed on his body. Check out the tweets below:

? I've got this moon tattoo on the back of my neck, ahh.. should I not say this *laughs*
? Taehyung showed me this fanart and saying "? Look at this it's a fanart, it's so pretty!"
? So I got it done like that. I originally had only one but now have like 5 moons

This fan art was shown to him by co-member Kim Taehyung aka V. Well, surely the art is inspiring and it is the best way to show appreciation to the fan. Also Read - Trending Hollywood News Today: Durga Puja pandal plays BTS song, Lord of the Rings season 2 goes on floors and more