BTS: Jin aka Kim Seokjin enlisting in the military on December 13? This is what Big Hit Music had to say

BTS Jin military update: It is reported by Yonhap that he might enlist on December 13, 2022 exactly ten days after his birthday. Big Hit Music has reacted on the same... 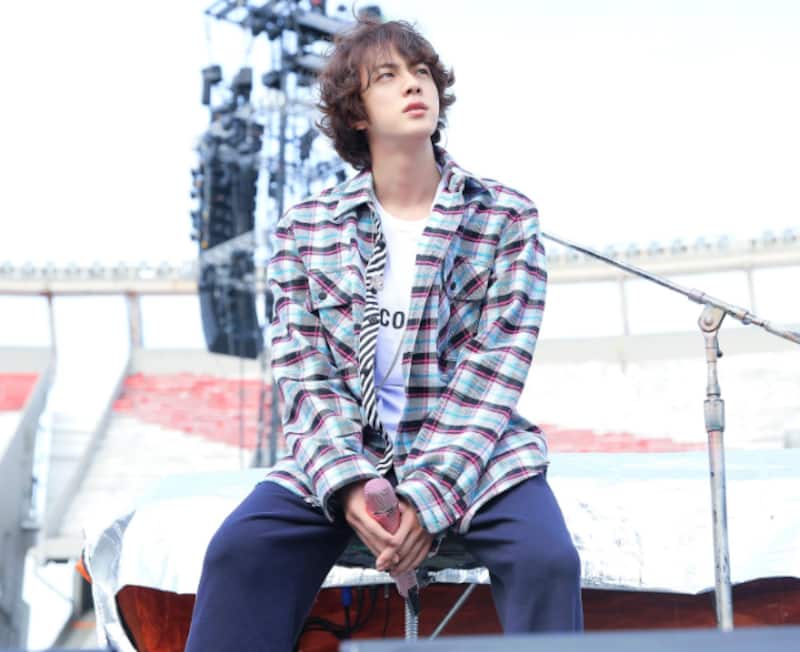 Well, it looks like BTS Jin will be enlisting soon next month. As per Korean news agency, he will be joining the military on December 13, 2022. This is exactly ten days after his birthday on December 4, 2022. BTS Jin aka Kim Seokjin's reported enlistment date was revealed by the Korean news agency, Yonhap. He will be brought to the recruit training center in Yeoncheon, Gyeonggi-do. It seems he will get the basic five-week training before being sent to the frontline unit. After that, he will finish his training for 18 long months. Also Read - BTS: Jin aka Kim Seokjin takes us through the Super Tuna journey; his unbridled excitement on catching a real bluefish tuna is unmissable

If this is the exact period, then Jin will be discharged on June 13, 2024. Fans calculated that it would be exactly 11 years after BTS entered the K-Pop scene as idols. In a statement to Newsen, Big Hit Music said, "It’s hard to confirm. We ask for your understanding." Jin aka Kim Seokjin did a live session some time back. He said that he did not wish to enlist in December because of the freezing weather. Jin said that he knew that he was being criticized on social media on delaying his enlistment, but he was anyways going to go. Also Read - BTS: Kim Taehyung and Jungkook hang out with Parasite star Choi Woo-Shik and his brother at a bowling alley [View Pics]

Jin said that the members told him to stay for the Yet To Come concert in Busan, which was their last concert as O7 before they regrouped in 2025. He said he did not want fans to get emotional and feel the hurt. Morever, he said it would be tough for him to contain his feelings and he could have started crying. BTS member Kim Seokjin aka Jin is the eldest hyung of BTS. Before leaving, he made sure to film lots of content for the fans. From a drinking show with Youngji to traditional alcohol making with chef Baek Dong Won, he has been working hard. It is likely that he will be sent at the front-line which is known for its freezing winters. Also Read - BTS: Jin aka Kim Seokjin is the cutest drunk ever on Youngji's show; The Astronaut singer makes surprising revelations