BTS' eldest member Jin aka Kim Seokjin recently shared a post on his gram which has caught the attention of the ARMYs. That's not it, even Suga aka Min Yoongi also dropped a comment on his post. Check out BTS Jin's post here: 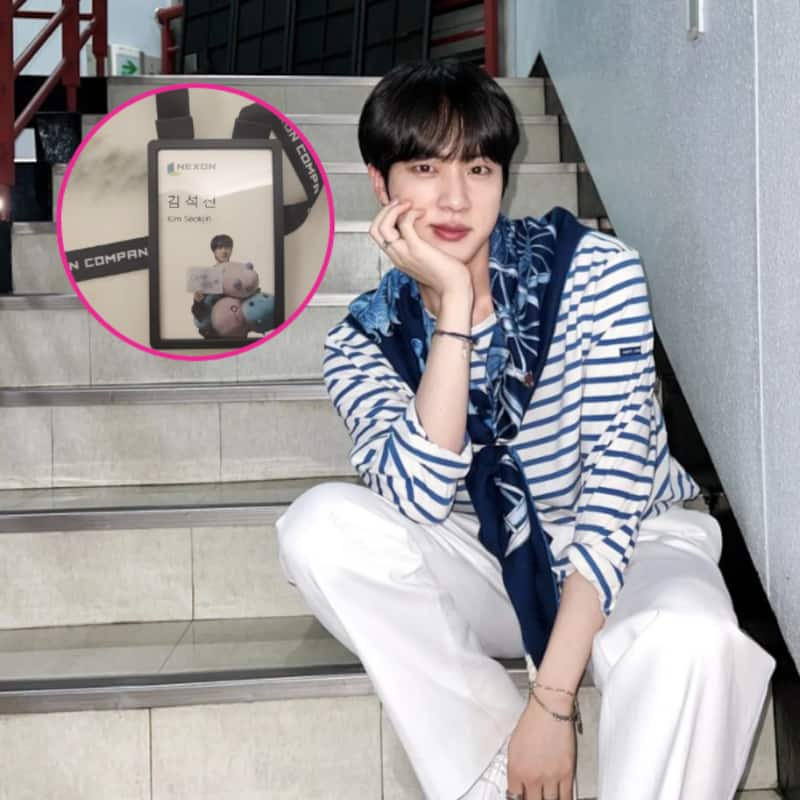 BTS Jin aka Kim Seokjin is one of the most loved members of the biggest boy band, Bangtan Sonyeodan. The eldest BTS member recently shared a post on his Instagram handle and it has caught ARMY's attention. It consisted of a picture of an employee ID for Nexon. Jin shared the picture and said that he has joined a major company. Well, it's shocking for the BTS ARMY to say the least. While things were soon clarified, a lot of Jin stans and ARMYs were shocked thinking about when Jin would make his acting debut and how this joining a company came to be about. Also Read - BTS: Kim Seokjin aka Jin's 3 hour long LIVE was not just about gaming but also worldwide handsome visuals that kept ARMY awake [Watch]

Well, the Instagram post which Kim Seokjin also known as Jin went viral instantly. The picture which contains an ID is from the company Nexon which has made Jin's favourite game, MapleStory. For those not in the know, MapleStory is an online multiplayer role-playing game. It gives the player/user a chance to embark on an epic adventure. The player gets to create and train a mighty hero, conquer perilous dungeons, overcome terrifying bosses and socialize with other players. Jin is a huge fan of this game and has been playing it for a long time. He dropped an ID card picture which consists of his name along with the plushies of the characters in the game. He is also holding a paper which reads, "ARMY, I love You." Check out his post here: Also Read - BTS' Jin aka Kim Seokjin opens a thirst trap for ARMY with shirtless pictures flaunting his friendship tattoo [View Tweets]

Well, Kim Seokjin's post has left ARMYs in shock. Suga aka Min Yoongi commented on Jin's post saying, "As expected, a 4-year college in Seoul is definitely different. A dedicated BTS ARMY handle @bts_daily.news, shared the context of the comment saying Suga meant that enrolling in a good 4-year-old program at a good college can help in getting a good job at a major company. ARMYs are having a varied to Jin's post. A lot of them are scratching their heads over what really Jin means. Check out the tweets here: Also Read - Shah Rukh Khan, Ranveer Singh, BTS Jin and SUGA, Kartik Aaryan - 5 male celebs whose long hair amplified their sex appeal - view pics

Nexon Company is a video game company and the home of MapleStory, KartRider and many more.

“Joining a major co”
I CANT TELL IF THIS IS REAL OR FAKE? CAUSE I BELIEVE IT CAUSE IT IS KIM SEOKJIN!!? like low key, I am not gonna be surprised whenever BTS retires one day in the long future and Jin announces the next day that he is the new CEO of Nexon ? #MapleStory #Jin pic.twitter.com/lf0Wr6rPgw

Imagine going to Nexon company and seeing jin walking like this pic.twitter.com/ORGUD2PjhL

Our Seokjin does the most bizarre things...meets with MS YouTuber, takes off his shirt, attends 2 movie premieres, got a job at Nexon. Releases a song in between.
What's next Seokjin-ssi?#Jin #Jin_Nexon

So is this what he talked about the weverse last time?

this is the cutest id badge i have ever seen in my life. also i give the nexon ceo maybe like a week before he’s head over heels and finds himself cooking jin dinner https://t.co/jekktZhI1c

K-media report states that the employee badge was made for fun as Jin was attending an event called 'Symphony of Maple Story', an orchestra event held by Nexon. We can understand ARMY's dilemma, who are waiting to watch Actor Jin!