BTS member Jin aka Kim Seokjin doing the garba on Taarak Mehta Ka Ooltah Chashmah's Dayaben aka Disha Vakani is a treat for all the Desi Bangtan ARMY. Check out videos of more BTS members below: 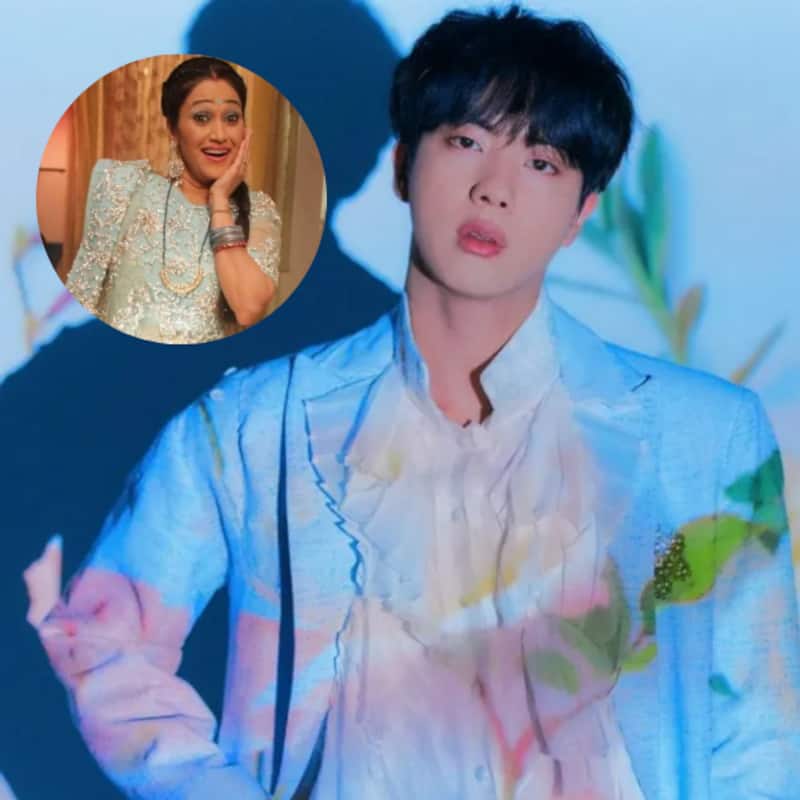 BTS members - RM, Jin, Suga, J-Hope, JIMIN, Taehyung and Jungkook - have something desi in them. Well, their vibes sure match the desi. BTS ARMY is spread across the world and India, too, has a share in it. And it seems to be growing. Well, Desi Bangtan ARMY, Navratri is still away. But we couldn't help but share some videos we came across on YouTube wherein the BTS members are giving out the Garba Vibes. Also Read - Prabhas, Akshay Kumar, Salman Khan pocketing over Rs 125 crores per film? Check out the jaw-dropping fees of these Indian film superstars

The first video is about the eldest member of BTS, Jin aka Kim Seokjin. Y'all would know how goofy Jin is in real life. The Worldwide Handsome had been shooting for a cooking-based Run BTS episode once. And he turned celery sticks into Dandiyas! And ARMYs got more creative with that. They included Taarak Mehta Ka Ooltah Chashmah Dayaben aka Disha Vakani's Garba song in the video. Though Jin's video is for a couple of seconds, it looks hilarious. Check out the video here: Also Read - Neetu Kapoor badly trolled for living her life after Rishi Kapoor's demise; ‘Rishi sir kya gaye, ye toh...'

Another video we came across was of Jin and Taehyung. Remember when the boys were heading for the concert in Los Angeles? Well, Taehyung was seen hopping at the airport and Jin was seen following him. ARMYs put Dayaben's song there too. That's not it, in a backstage video of RM and Jungkook rehearsing for their performance, ARMY put Chogada's music in the BG. The result is amazing! Check the videos here: Also Read - Pearl V Puri set to make a big comeback with Ekta Kapoor's next?

See? There's a lot of desi-ness in the BTS members, don't you think? Anyway, coming back to what's happening on the BTS front, Big Hit has been dropping Proof of Inspiration of the two songs selected by each of the Bangtan Boys. V aka Kim Taehyung, Jin aka Kim Soekjin and Jimin aka Park Jimin's proof of Inspiration for their songs, Singularity and 00:00, Moon and Jamais Vu, Friends and Filter, respectively. BTS Proof drops on 10th June 2022.