BTS' Jungkook and Charlie Puth brought out a single called Left and Right in June this year. The song has been a huge hit amongst Charlie's fans and the BTS ARMY. And it has achieved two big milestones in the streaming world. Find out below: 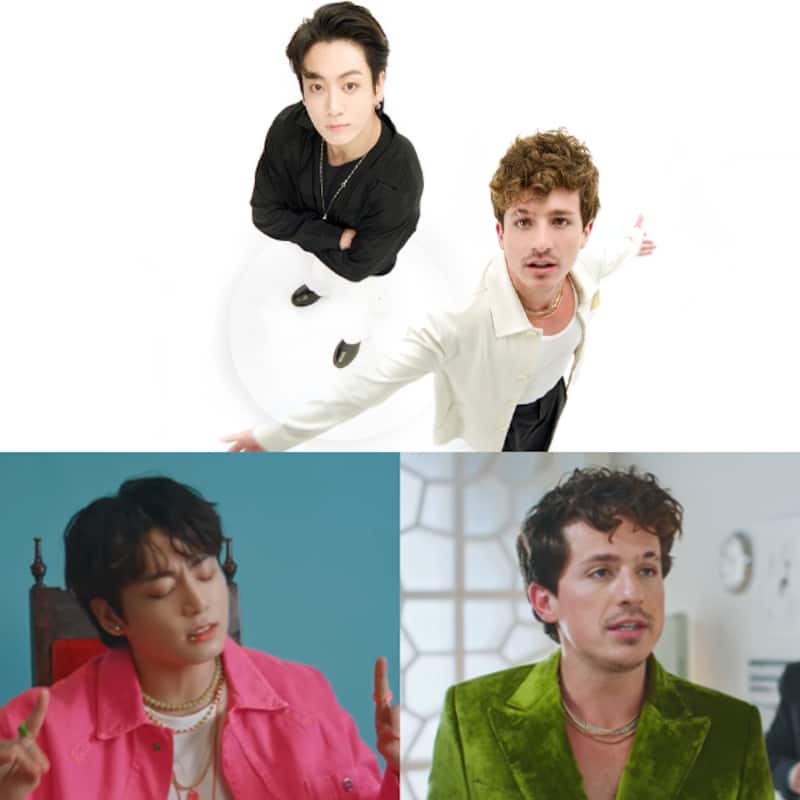 Left and Right is one of the most popular collaborations between a BTS member and an American pop artist. BTS' Golden Maknae Jungkook and Charlie Puth worked together on Left and Right a pop ballad which came out in June this year. The song has been trending and the most listened to song on various streaming platforms and now, it has achieved not one but two great milestones in the streaming world. ARMY, you'd be very happy to learn about the same. Also Read - BTS: Jungkook's birthday celebrations kick off; Pakistan, Korea, Philippines ring in Jungkook Day with art and social work [View Pics]

When Left and Right ft. BTS' Jungkook and Charlie Puth released, it had been the most talked about songs in Hollywood News. Jungkook surprised ARMY with his solo work with Charlie though this is not their first collaboration. The duo had previously worked on Charlie's hit number We Don't Talk Anymore. And Left and Right was a pleasant surprise for the fans of both the artist. Talking about Left and Right's two big achievements, the song is named the longest-charting song by a K-pop soloist. It is on Spotify's charts for about 77 days now. And not just that, Jungkook and Charlie's song has also crossed 200 million views on YouTube since its release. Those are some massive achievements. Also Read - BTS' Jungkook aka Jeon Jungkook named the Most Famous K-pop Idol in the US; here's why the Golden Maknae is so popular

? Longest Charting Songs by K-pop Soloist on Spotify US (days):

.@CharliePuth and #JungKook of BTS's 'Left And Right' has now surpassed 200 MILLION views on YouTube. pic.twitter.com/wdJBM4JH6q

Jungkook and Charlie Puth's Left and Right was based on BL

When the music video of Left and Right was released, a lot of ARMYs commented asking whether it was based on a Boy Love romance. And later in an interview, Charlie had confirmed ARMY's theory that for the music video, he and Jungkook showcased a BL love story. It had impressed the gay community a lot. Also Read - Trending TV News Today: Simba Nagpal-Tejasswi Prakash shoot for Naagin 20-hours a day, Nia Sharma wears power suit similar to BTS' Jungkook and more

Meanwhile, Jungkook recently celebrated his 25th (international age) birthday on 1st September 2022. On that day, he released and revealed the special 8 Photo Folio. Jungkook also collaborated with Benny Blanco and Snoop Dog for Bad Decisions alongside the vocal line of BTS. In other news, ARMYs are waiting for Jungkook's solo album.