Big Hit Entertainment aka HYBE dropped Jungkook's picture on their official Twitter handle and all hell broke loose. ARMY is going bonkers over Jungkook's latest picture and it looks a lot like a vampire. 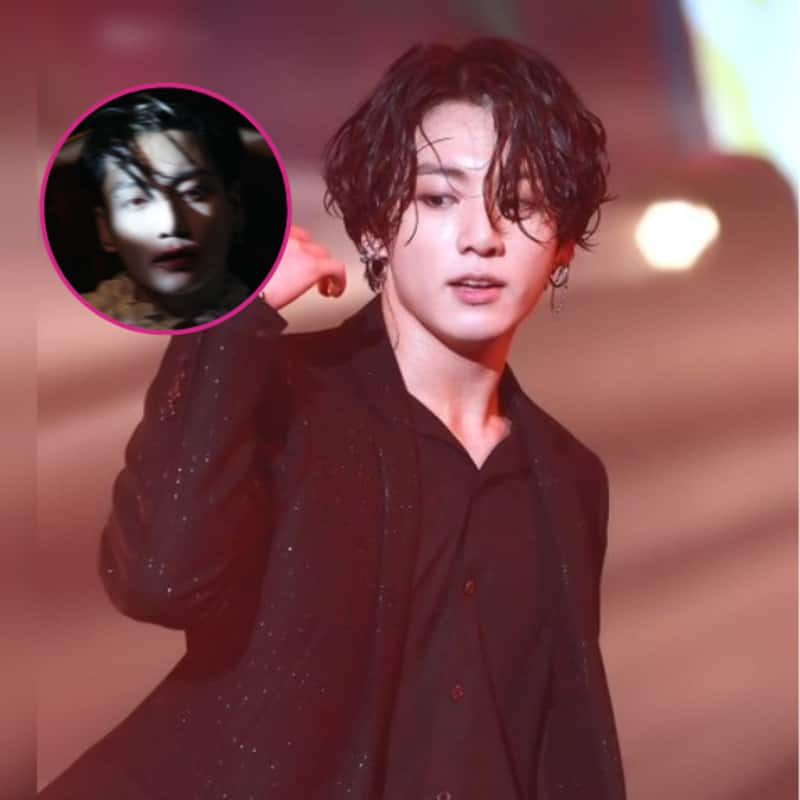 BTS' Golden Maknae Jungkook aka Jeon Junkook has sent ARMY into a meltdown with his latest picture on the official Twitter handle of Big Hit. Jungkook has been quite active on Instagram until now and this update on Twitter has come as a shock for the BTS ARMY. Jungkook dropped a hazy, blurry picture of himself on Big Hit's official Twitter handle for BTS. It's an extreme close-up of his face. ARMY is shocked beyond words after looking at JK in that avatar. Also Read - BTS: Jungkook Nose Challenge leaves artist ARMY in tizzy; call him 'ninth wonder of the world' [View Tweets]

Talking about Jungkook's picture that HYBE dropped on Twitter, JK has long hair, red eyes, and reddish lips. He has a ruffled collar shirt as well. The eyebrow piercing is also being noticed by the ARMY. All in all, Jungkook is giving out the vibes of some novella. ARMY has called him a vampire due to his look in the picture. The caption of the tweet says, "Me, Myself, and Jung Kook." There are hashtags Photo Folio and Editor JK. Folio usually consists of a collection of drawings, documents, etc. that represent a person's, especially an artist's, work and it seems Jungkook has been the editor for the image as well. BTS is always the biggest trend in Hollywood news. Also Read - Run BTS returns! Kim Taehyung, Jungkook, Suga and others try fly-yoga; ARMY cannot keep calm [View Tweets]

Though a blurry picture, BTS ARMY is going crazy over how hot Jungkook looks. It's especially his red eyes, red lips and white skin which is giving out a vampire kind of effect to Jungkook. He has indeed opened a thirst trap for the ARMY on Twitter. They are going berserk. Check out the tweets here: Also Read - BTS ARMY slam radio station after host pokes fun at fans spamming him to play Jungkook and Charlie Puth's Left and Right

I'm scared to think about what gonna happen next ?‍?
No more sleep!

AM I SEEING THIS RIGHT ?? RED EYES AND THE RED LIP WITH THE RUFFLEDNECK WHAT ??? pic.twitter.com/B4pz9geAc1

me myself and the hill im throwing myself down on

Jungkook in his twilight era what is going on nsnsjsjsjejwjwj pic.twitter.com/aNHaXgEilf

BTS Jungkook worked with Charlie Puth on a single called Left and Right. Furthermore, he also worked on a single, Bad Decisions by Benny Blanco and Snoop Dogg alongside the rest of the vocal line of BTS - Jin (Kim Seokjin), Jimin (Park Jimin) and V (Kim Taehyung). Well, we'll do our fair share of guesswork here and we may be wrong too. As y'all know, BTS has been actively involved in the making of Webtoon 7 Fates: Chakho. It's returning soon. Could this be Zeha's look? Or it might be a hint at Jungkook's solo project and if that is so, then something major is coming up!