BTS members are promoting Yet To Come and For Youth from Proof on variety shows. Jungkook, the Golden maknae of BTS recently imitated Kim Taehyung's ending fairy challenge from Music Bank. Watch the video below: 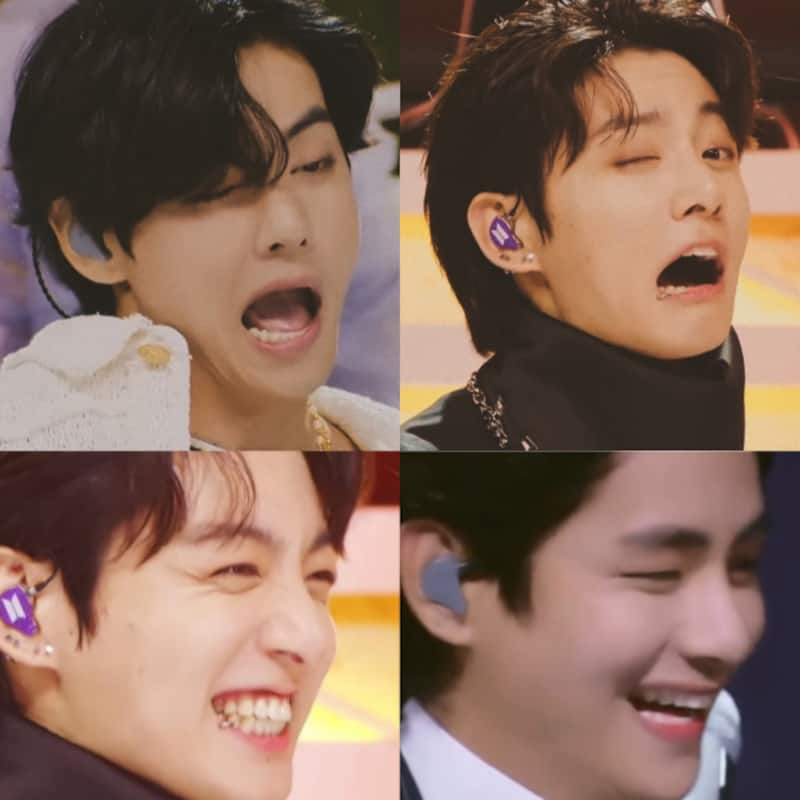 BTS members - RM, Jin, Suga, J-Hope, Jimin, Taehyung and Jungkook - are making appearances on the variety shows in South Korea to promote singles, Yet To Come, For Youth from their newly released anthology album Proof. And they have been turning goofy as they performed in front of the ARMYs before plunging into their hectic schedules of solo and group projects again. And on each of the variety shows, BTS aka Bangtan Boys have been creating an ending fairy moment and it's too adorable for words. Also Read - BTS: Kim Taehyung aka V BEATS co-member Jungkook, The Gray Man star Ryan Gosling and others to become The Hottest Man Alive [VIEW LIST]

BTS ARMY, y'all know how much Jungkook aka the Yet To Come opener loves to imitate his hyungs. Be it from the eldest - Jin aka Kim Seokjin to the second youngest, BTS V aka Kim Taehyung, JK can mime each one of them. And that's what he did. In a video shared by Hobi aka Jung Hoseok, we see Jungkook imitating Taetae's ending fairy moment from Music Bank. It's too cute. Check it out here: Also Read - BTS' V aka kim Taehyung and Wooga Squad's last episode of In The Soop Friendcation to have more fun and deep conversations [Watch]

ARMY is going bonkers over Jungkook recreating Taehyung. However, this is not the first and the only time that JK has done it. He is also known to copy Taetae's Tata MIC expression all the time. It's goofy, affable and endearing to all the BTS fans who also adore Taekook's friendship. Check out their reactions here: Also Read - BTS' V aka Kim Taehyung breaks down after an emotional moment; Wooga Squad pours love on him in the new Friendcation episode

TAEKOOK DOING THAT WINK ? pls they are the cutest#taekook pic.twitter.com/klTNSZvB3c

What next for Taehyung and Jungkook on solo projects?

The Christmas Tree singer has a variety show series In the Soop with his celebrity friends - Park Seojoon, Park Hyungsik, Choi Woosik and Peakboy. Moreover, he is said to be working on his album (mixtape). He is enjoying writing songs too. Jungkook has a collaboration with Charlie Puth in the pipeline which is Left and Right. It releases on 24th June.