BTS: Jungkook makes a new video for fans from his quarantine room in the US lit up by his Mikrokosmos lamp; says he is doing well. BTS V says corona could not beat Kookie 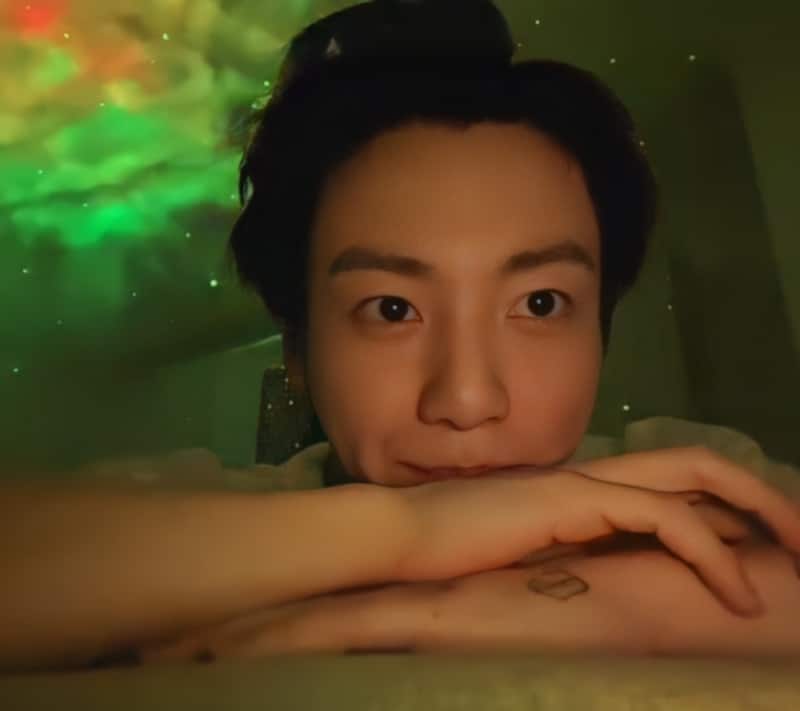 BTS fans are extremely upset as Jungkook has been diagnosed with COVID-19. It looks like he is all set to miss the Grammys. BTS were preparing for an epic performance and Jungkook had flown down before the rest of the boys. It seems he felt a sore throat and got himself tested. Both the standard PCR and antigen tests came out as positive. ARMYs got very worried. J-Hope was also down with COVID-19 some days back. He has now recovered and will soon join the rest of the members in Las Vegas. Big Hit Music is taking all precautions but cases in South Korea have been on the rise since two weeks. Also Read - BTS’ Kim Taehyung-Jennie dating rumours: BLINKS get restless as 15 people form a group to ‘politely’ approach the Blackpink rapper

Jungkook made one more video at 2 am last night to assure fans that he is doing okay. He is alone in a room. Fans noticed that he carried his Mikrokosmos lamp with him to the US. In a room lit up with colours, he said that he was moving around so that he did not gain too much weight. Seeing his energy, Kim Taehyung commented that corona could not bog down Jungkook. He said his condition was so bad that he could not move from bed. Also Read - BTS: Jimin gets death threats from a Kim Taehyung-Jungkook stan; ARMYs slam the toxic shippers [view tweets]

? in case i gain weight. im taking good care of myself so please dont worry too much. so let’s meet soon. let’s go!

Fans have been really worried. The good news is that J-Hope has fully recovered and will soon fly to the US for the Grammys. It seems they have no objection for his attendance. He has got three shots for COVID-19. Jungkook had escaped COVID-19 for the longest time. He said he had super anti-bodies. It seems no one in his family contracted it unlike RM and SUGA's folks. Also Read - BTS’ Kim Taehyung and Jennie’s dating rumours reach insane level as plans to confront latter surface; Blinks furious over privacy invasion