BTS: Jungkook reveals why he was laughing after his jacket’s buttons gave up during Seoul concert

As you might be aware, BTS singer Jungkook's jacked had given up when he was performing at the Seoul concert. Read on to know why he was laughing. 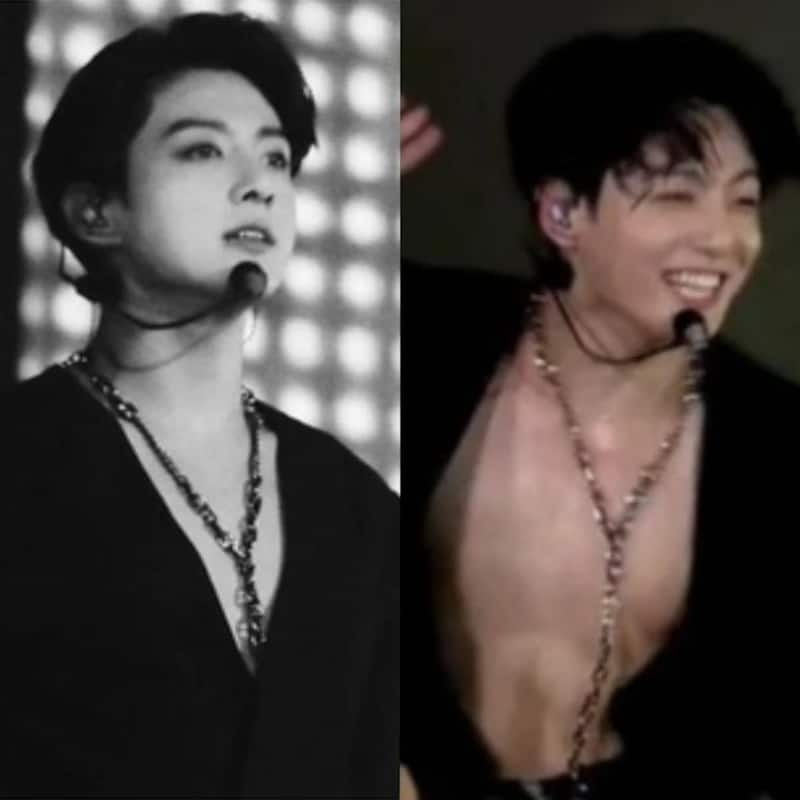 BTS is one of the most popular bands and fans want to know everything about their work and even their personal lives. Now, in a past interaction, a fan asked the story behind BTS’ Seoul concert when Jungkook’s jacket buttons gave up. Asked the fan, "What happened to Jungkook’s shirt during Fake Love?" Adding to his question, Suga asked if the button had really popped off. Jungkook replied, as translated by Twitter user @btsbaragi_jk, "It got unbuttoned." This was when the other BTS boys started teasing him. Suga asked if he did it on purpose while Jimin commented, "You seemed to be continuously laughing and smiling as you performed." RM stated, "I saw him before we went in (on stage) and he was pulling it off (at the thread) a lot." Also Read - Neetu Kapoor badly trolled for living her life after Rishi Kapoor's demise; ‘Rishi sir kya gaye, ye toh...'

Jungkook replied, "The reason I laughed is because I buttoned it up once but it got undone again so I was dumbfounded." Suga then recalled how he had once accidentally ripped off Jungkook's buttons. To this Jungkook, added, "I did give it a thought. Since its already unbuttoned, should I unbutton another one? Should I just completely unbutton it?’" Also Read - Pearl V Puri set to make a big comeback with Ekta Kapoor's next?

V then said, "I think it would be nice if you performed by taking it off one day." To this, Jungkook replied, "No, not for me. I’m not ready yet." Jimin went on to add, "As far as I know, at the time, the fans couldn’t hold back their cheers and a sound came out of their mouths." He was talking about the time during the concert when Jungkook's jacket got unbuttoned.
Well, you can trust the BTS boys to take each other’s case and engage in fun conversations. Also Read - Desi girl Priyanka Chopa Jonas once again floors the West with her latest launch