BTS' Jungkook's single Left and Right with Charlie Puth gets nominated in the Song of Summer category at the VMAs; ARMY heaps praises on the Golden Maknae [View Tweets]

BTS member Jungkook's single with Charlie Puth, Left and Right, has been nominated at the VMAs this year in the Song of Summer category. And ARMY is super proud of Jungkook and his achievements. Check out the tweets below: 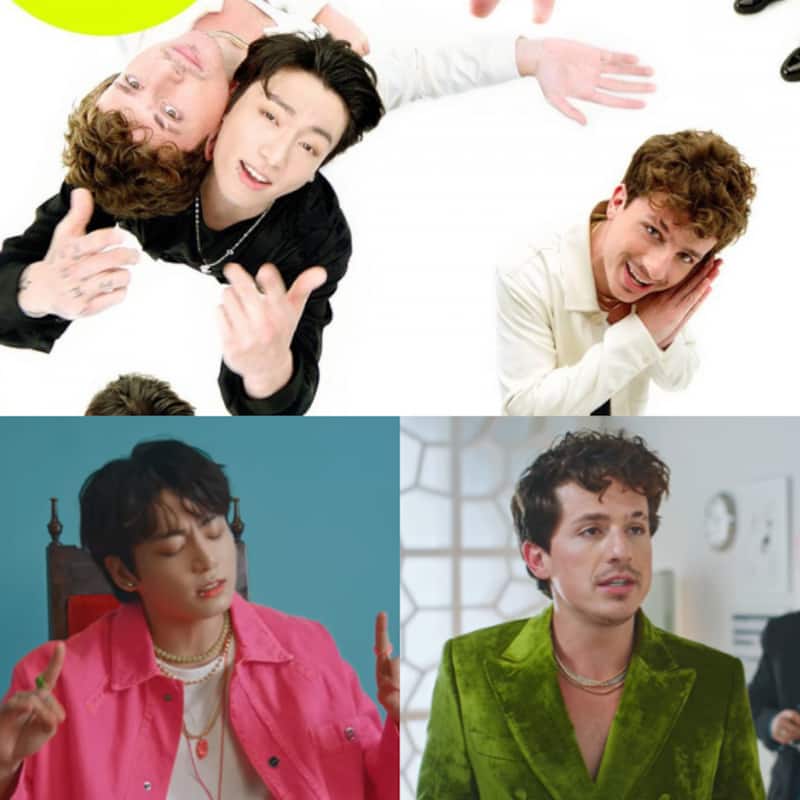 BTS aka Bangtan Boys – that is – RM, Jin, Suga, J-Hope, Jimin, Taehyung and Jungkook have decided to take a break from their extensive group activities and focus on their individual artistry. The Bangtan Boys are going to explore their solo careers in BTS Chapter 2 and it's just been busier for the ARMYs, to keep a tab on the solo contents of the members. It began soon after the 'hiatus' announcement in June when Jungkook collaborated with Charlie Puth for a single called Left and Right. And guess what? This year, the song has been nominated in the Song of Summer category at the VMAs. And ARMY is celebrating Jungkook's achievement. Also Read - BTS: Jimin gets death threats from a Kim Taehyung-Jungkook stan; ARMYs slam the toxic shippers [view tweets]

The MTV VMAs have been announcing the nominations of award categories for a while now. The voting links for various categories had been open and closed already. BTS' Golden Maknae aka Jungkook's song with Charlie Puth, Left and Right, has been nominated in the Song of Summer category. VMAs took to their Twitter handle and congratulated Jungkook for his nomination. The voting link for the category Song of Summer opens on Thursday (25th August 2022). The link will be shared on MTV's official Instagram handle. Check out the tweet here: Also Read - BTS: Jungkook and Jimin reveal having paranormal experiences in the shower; ARMY wonders about 'homoerotic ghost' [Read Tweets]

@BTS_twt Congrats Jung Kook! “Left and Right” is nominated for Song of Summer at the #VMAs ☀️?

Ever since the announcement nomination in VMAs, Jungkook has been trending on Twitter. ARMY has been trending 'CONGRATULATIONS JUNGKOOK,' 'PROUD OF YOU JUNGKOOK,' 'JUNGKOOK PAVED THE WAY,' 'JUNGKOOK MAIN POP BOY' has been trending worldwide. And why not? After all, it seems, Jungkook is the first Korean Soloist Act who has been nominated in the Song of Summer Category in the history of the MTV Video Music Awards. Check out ARMY's tweets here: Also Read - Trending Hollywood News Today: Zayn Malik unfollows Gigi Hadid, Kayne West compares Kim Kardashian to Queen Elizabeth II and more

CONGRATS JUNGKOOK!! YOU DESERVE IT SO MUCH ?

The only korean soloist *

PROUD OF YOU JUNGKOOK!

SO PROUD OF YOU JUNGKOOK
CONGRATULATIONS JUNGKOOK pic.twitter.com/KimjjKlpzO

CONGRATULATIONS JUNGKOOK and PROUD OF YOU JUNGKOOK have both now entered the Top 20 Worldwide trends. Let’s continue congratulating Jungkook!

Left and Right by Charlie Puth and Jungkook has been nominated for ‘Song of Summer’ at the 2022 Video Music Awards!

Congratulations Jungkook ??
This is huge
Get ready for voting ✊

?| Jungkook is the First & Only K-Pop Soloist to be nominated at the MTV Video Music Awards in the category of "Song of Summer" 2022.

CONGRATULATIONS JUNGKOOK, SO PROUD OF YOU JUNGKOOK! pic.twitter.com/DrQgwreoK2

Charlie and JK's Left and Right was about BL

In an interview, after the release of Left and Right, Charlie Puth confirmed the theories of ARMYs wondering whether the video of Jungkook and him was based on Boy Love. And he did confirm the fact that it was based on BL. The LGBTQ community celebrated the fact that the boys thought of portraying a BL couple in the video.