BTS: Jungkook's vampire pic gets a shout-out from Twilight team; ARMY get curious after they tease them about it being real 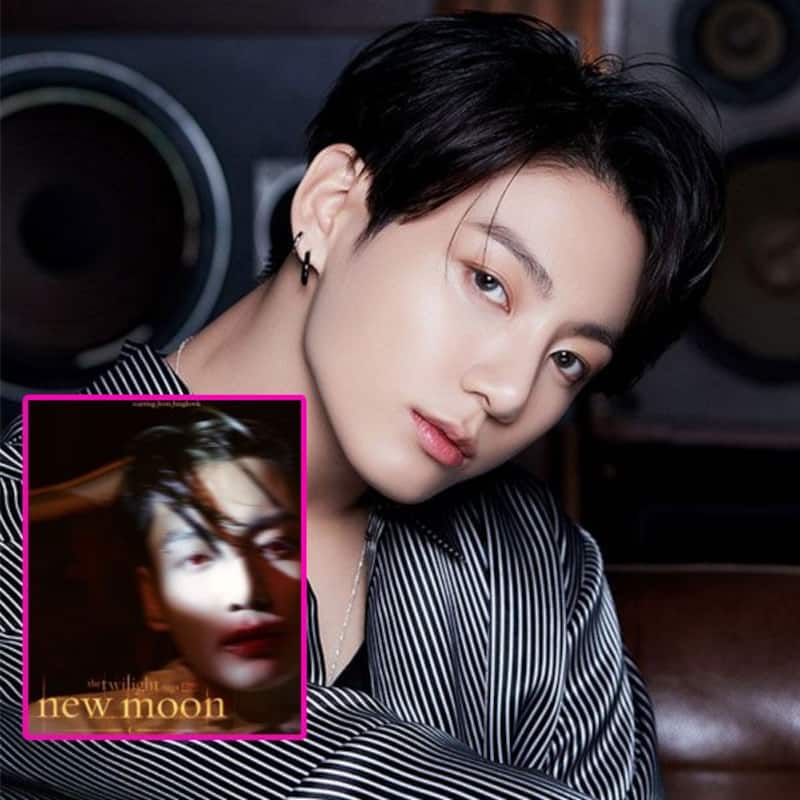 BTS is super busy. We are getting a series of photo shoots conceptualised by Jungkook on his birthday. The first pic was shared two days back by Big Hit Music. In the pic, we can see Jungkook with a red eye and red lips almost like a vampire. BTS ARMYs active on Twitter will know that Wolftan Bangtan was trending after it was revealed that BTS would make an appearance on some Japanese show named Howling. But vampire Jungkook came out of the syllabus. Fans are already imagining if some of the other characters came as vampires or werewolves in the photoshoot. Also Read - Trending Hollywood News Today: BTS member Suga nails long hair look, Kim Kardashian struggles in a bodycon dress and more

and when this actually becomes real, THEN WHAT? https://t.co/mw4wbSwmCW

A fan made a poster of Jungkook with Twilight New Moon. It has got a shout-out from the team of the movie Twilight on social media. They tweeted, "and when this actually becomes real, THEN WHAT?" BTS fans aka ARMYs are now in a tizzy. So far, we have seen how fans imagine Jungkook as Spider-Man and the edits are quite good. But Jungkook as Jungkook Cullen would be totally different. In fact, James Corden said on his show how he saw Jungkook as a big movie star in the future given his charismatic personality. The comment made JK's ears red. Also Read - BTS: Ahead of Kim Taehyung's stint as DJ on Radio show, here are 6 BIG REVEALS to charge you up for more interesting tea tonight

He shall be the only cullen i’ll thirst after pic.twitter.com/cYfcPBXi7f

the twilighter in me is so happy since yesterday and now you interact with Jungkook Cullen!!!! OMG

As we know, Robert Pattinson became a household name across the globe after playing Edward Cullen in the films. He was the handsome vampire who madly fell in love with a human. BTS ARMYs will make a Twilight film with any of the BTS members a huge hit. In fact, Twilight also gave a shout-out when Kim Seokjin described the stories are fairytales. Also Read - BTS: Min Yoongi aka Suga leaves for Japan; ARMY cannot stop raving about his long tresses [View THIRST Tweets]