BTS: Kim Seokjin aka Jin gets a pat on the back as he completes training along with other recruits; videos go viral [Watch]

Kim Seokjin aka BTS Jin is currently enlisted in the military in December last year. He has been getting trained being the new recruit. And now, Jin has completed his formal training. 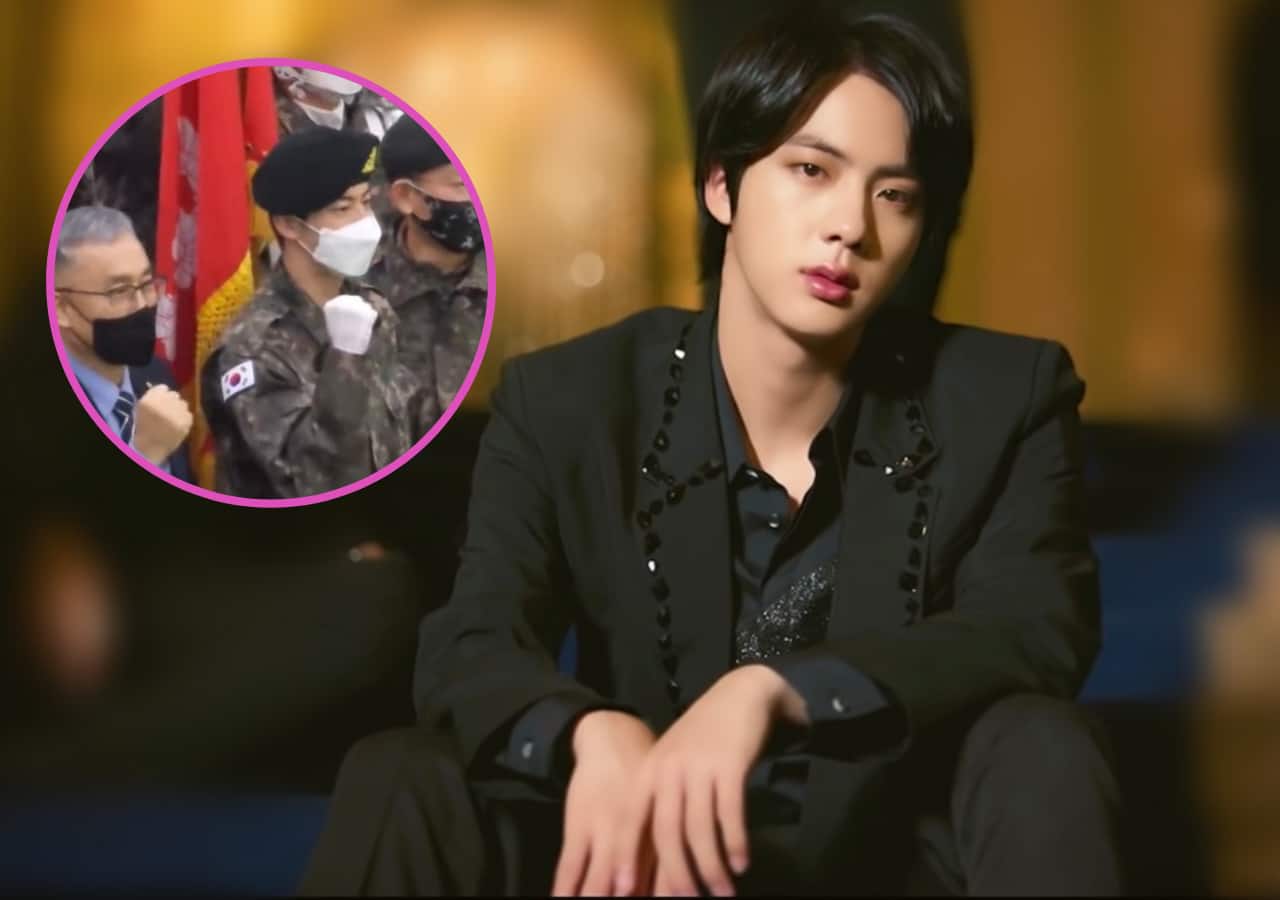 BTS Jin, that is, Kim Seokjin, has completed his formal training at the Division Recruit Training Center, Yeoncheon Army Base in the northern Gyeonggi province. Ever since his enlistment, the BTS ARMY has been counting the days before Jin will be relieved from his military training. On 13th December 2022, Jin enlisted in the military. And now, the BTS singer has completed his formal training. A ceremony was held and videos from the same are going viral. Let's check out the pictures of Commander Jin who also got a pat on the back. Also Read - BTS: Jin aka Kim Seokjin leaves ARMY emotional yet again after Big Hit Music releases a small video as NY 2023 gift

BTS member Kim Seokjin aka Jin has been making his country and ARMYs proud again. The Yours and Run BTS singer has completed his training now and a ceremony was held just like a graduation ceremony. His pictures and videos from the training centre in the last month have trended big time in Entertainment News and Hollywood News. Also Read - BTS: Kim Seokjin aka Jin's new pictures released by Yeoncheon Military Training Centre; ARMY says he has become unit leader already

Videos of Kim Seokjin from the graduation ceremony are now the talk of the Twitter town. ARMY is feeling super proud of Commander Jin. Well, there have been reports that Jin has been the leader of his battalion team. Visuals wherein Jin gets a pat from an official, him throwing his cap in the air just like graduates do to Jin holding his certificate of graduation have gone viral. Also Read - BTS: Kim Seokjin aka Jin's pictures from Military Camp go viral; ARMYs feel proud of Mr Worldwide Handsome

Check out the videos of Kim Seokjin aka Jin completing his training here:

rnx 20230118 Side view is also nice.
We have completed the education and training of 201 people. Please give a round of applause to the proud graduates.https://t.co/XNb8IxoFVM#TheAstronaut #Jin pic.twitter.com/0kwj1bXfcS

Despite training hard, Jin wished members on New Year's Eve. He had called Jung Hoseok aka J-Hope. The latter didn't pick up the phone as he didn't have his new number. J-Hope revealed that Jin has been doing well. Recently, that is, a couple of days ago, Jin's warm greetings, to keep a check on the ARMY was released by Big Hit. ARMY became quite emotional after seeing Jin's video. Jin is expected to be relieved in 2024.