BTS's eldest member Kim Seokjin aka Jin kept ARMYs wide awake late in the night when he came live to play a game on PC. Jin is in the US but his gaming mana is not going to stop him, or ARMYs from feasting their eyes on his worldwide handsome face. 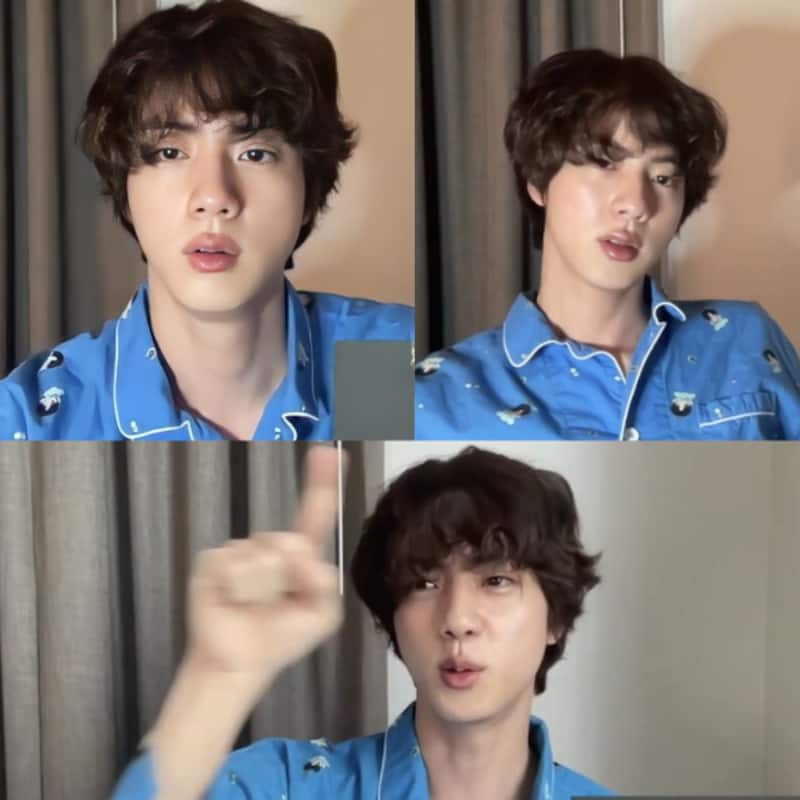 When was the last time BTS' Kim Seokjin aka Jin conducted a live session? We all know he was wide awake and woke up a lot of BTS ARMYs in the wee hours by conducting a live session on Weverse. And it was all about gaming for Jin. But BTS ARMY went nuts after seeing worldwide handsome Jin being so passionate for the game and ever so handsome. Jin's frustration and ultimately his victory towards the end was a long journey. BTS' Kim Seokjin was live for almost hours before logging off. Also Read - BTS: Jimin and Kim Seokjin's striking visuals leave ARMY gasping for breath [view tweets]

BTS member Jin is in the US. He was not able to call RM on his birthday. Kim Namjoon, the BTS leader celebrated his birthday yesterday (12th September). And Jin who had been travelling couldn't wish him hence, he conducted a live session in honour of Namjoon's birthday. Kim Seokjin revealed that he had been playing games and doing nothing ever since he landed in the US. Well, BTS' Jin did add that he was on some 'important business' there. It was about 4 in the morning in India when Jin was live. And imagine, he kept playing till 7. Jin came across this game called 'getting over it with Bennett Foddy.' And he was sooo hooked to it. Also Read - BTS: Jin aka Kim Seokjin's gaming session full of moaning sounds turn NSFW for ARMYs? Fans ask, 'Does Namjoon know what...'

Jin is the Worldwide Handsome member of BTS, y'all already know. But in the last night's Live, Jin served looks and how! He made ARMYs swoon over his permed hair and also his princely looks. Someone asked for his lipcare routine while everyone went crazy over all the cute antics he did during the gaming live. Check out the tweets here: Also Read - BTS: Are Jin and Jimin working on solo MVs? ARMY, here's what we know

getting over it with gamer kim seokjin? pic.twitter.com/WGp9kXV8Uv

i wonder how yoongi put up with this noise while seokjin is playing back when they were roommates ??? pic.twitter.com/0dFDuOzbdZ

no one is as beautiful as kim seokjin like how is he real pic.twitter.com/VbQuVX66JK

me waking up to find out i missed out on seokjin moaning for three hours pic.twitter.com/Rw90qB2XM9

LOOK AT HIM ??? he brings so much happiness into my life! ILYSM KIM SEOKJIN! pic.twitter.com/Hq5xXCdw8q

“he’s so kind when he plays…. he never gets angry at all.” - yoongi about seokjin pic.twitter.com/aRaOXxLkxe

when seokjin has his tiny fists out telling you to stop jumping on your own you best LISTEN pic.twitter.com/51w3LlWTlZ

the 5 stages of grief by #SEOKJIN pic.twitter.com/vsqfASKzY0

Seokjin and his various forms of frustrations for 58 seconds pic.twitter.com/LDAncqYuGG

One minute of Seokjin expression stages in the gaming live a compliation :pic.twitter.com/QRJzjH6Ppc

? seokjin’s natural blush and reddening ears from frustration will be the end of me pic.twitter.com/x2Tr72K9n5

SEOKJIN WAS PLAYING THE GAME WHILE SLEEPING - THIS GUY pic.twitter.com/5bu7CIFbSb

seokjin sleeping has 8m views and become the first and only who has the most watched video while sleeping. congratulations jin!pic.twitter.com/hs3LAMf7Hr

Talking about the important business of Jin aka Kim Seokjin, it seems he is working on an MV. Well, that is, if RM hasn't given a spoiler, things might change. The Sexy Nukim rapper said that the other BTS members are going to work on something similar to Sexy Nukim.