BTS: Kim Seokjin trends on Twitter with full blast as he celebrates his 30th birthday; ARMY trips over his cake-cutting skills [VIEW TWEETS]

BTS member Jin turns 20 today. He did a video in which he cut his birthday cake with fans. His cake-cutting skills though have got everyone talking. 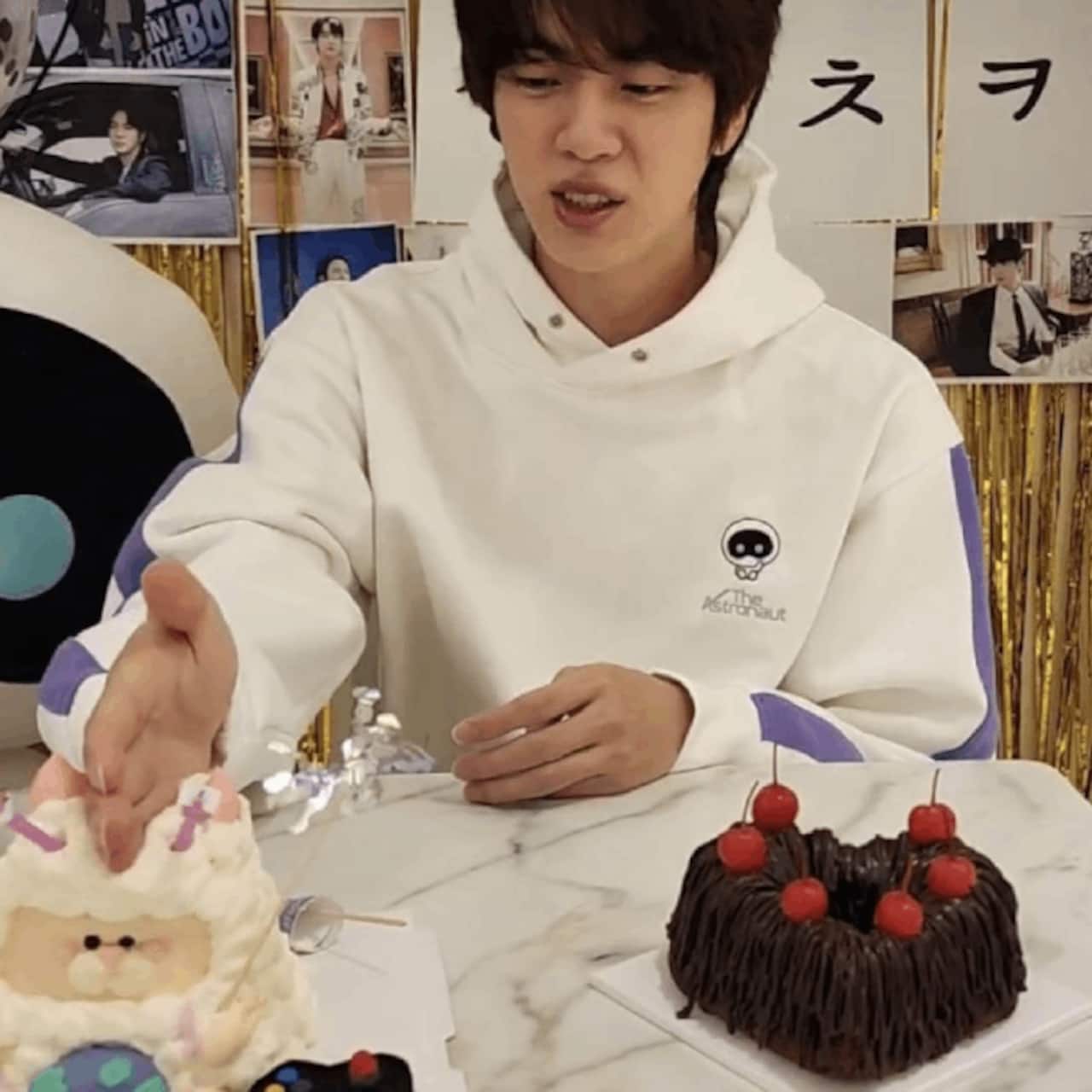 BTS fans - it is a special day today. Kim Seokjin who goes by the stage name Jin celebrates his birthday today. He turns 30 and of course, how can BTS ARMY keep calm? On Twitter, he is trending with full power. The star got in touch with his fans through Weverse and even cut his birthday cake. Fans are tripping over how he cut his cake. He got two adorable cakes and the cartoon one he cut with his palm, right in between. Also Read - BTS: Jungkook does Live with ARMYs for more than four hours; fans get TaeKook moments, drunk Namjoon proposes marriage [Main Highlights]

BTS Jin leaves everyone laughing with his cake-cutting skills

BTS ARMY is also happy that he celebrated his special day with his staff members. He even picks up his chair signaling that he is going to cut his cake with it. He made a wish before he cut his cakes and fans are wishing that all his demands come true. He looked handsome as ever in a white hood with a blue tinch. Also Read - BTS: Kim Taehyung aka V shows off his plating skills like a pro in 'Seo Jin's' cooking show; promo makes ARMY super excited [Watch Video]

Check out the BTS ARMY tweets below:

Kim "never let them know your next move" Seokjin pic.twitter.com/JYDeVDIFpx

"to be honest, I like my handsome face so my concept was handsomeness" ㅡ 221204, Kim Seokjin In Weverse Live pic.twitter.com/U5sfnCw9qn

not at seokjin slicing the cake with his hands and clapping at himself after doing it ? pic.twitter.com/rRTcu6ShtB

Now, BTS members are looking forward to serve in military. Jin will be the first one to get his enlishment done as he is the eldest among all. Also Read - BTS: An ARMY visits Golconda Fort and finds Jimin and BTS fanchant written on the wall; pics go viral