BTS: Kim Taehyung aka V and Blackpink rapper Jennie had their first public meet up at a super exclusive listening party for Born Pink organized by the Blackpink members; here is a report 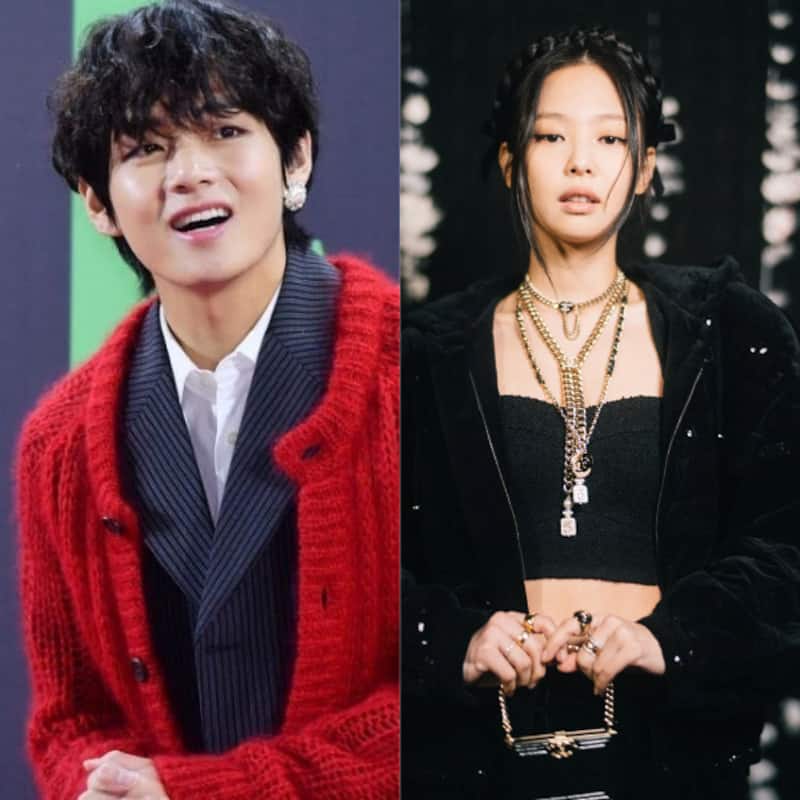 BTS member Kim Taehyung aka V and Blackpink rapper Jennie Kim's alleged love affair is the talk of the town. This has started from May 2022 when some leaked pics from a trip to Jeju Island made their way to social media. Since then, fans of both groups are tracking the celebs from top to toe. The fact that #Taennie could be real intensified after matching accessories and pics with similar backgrounds surfaced frequently. Now, Korean media has reported that V was one of the celeb guests at a listening party held by BLACKPINK at a private venue on September 14, 2022. The first report came out in the leading channel, JTBC. Also Read - BTS: Kim Taehyung aka V training to become an idol since he was a kid; desi ARMYs will relate to how he trained for Big Hit

They have said that BLACKPINK held a private party for their new album, Born Pink at a private venue in Seoul's Seongsu district. The guest list included people invited by the members of Black Pink and included celebs and musicians from Korea's entertainment fraternity. Only celebs were allowed inside. They did not allow managers as well. It seems BTS V also attended the party. This was the first time the alleged couple were in a public setting. Given the huge crowd, Kim Taehyung kept his distance from Jennie Kim. But they enjoyed the party and exchanged pleasantries in front of other guests. The channel, JTBC called up both YG Entertainment and HYBE to know about the event. One of them said they did not know about the bash. Also Read - BTS member Kim Taehyung-Jennie dating rumours: After Yeontan, BLACKPINK singer Jisoo's name also crops up; here's what happened

J-Hope had also held a listening party for Jack In The Box. After that, he has been linked to Irene Kim, a model who is his long-time friend. The whole album Born Pink has been released today. People are loving songs like Yeah Yeah Yeah, Tally and Happiest Girl. The sound and vibe is totally different from what we have heard from Blackpink before. BTS and Blackpink fans are still confused if the two idols are really dating or not. But they do not owe anyone any explanation. BTS V is also working Also Read - BTS: Ahead of Kim Taehyung's stint as DJ on Radio show, here are 6 BIG REVEALS to charge you up for more interesting tea tonight