BTS: Kim Taehyung aka V has a message for the Indian ARMY as the nation battles the severe second COVID-19 wave

BTS: Kim Taehyung aka V says the band is aware about how COVID-19 is affecting India and tells ARMY never to lose hope 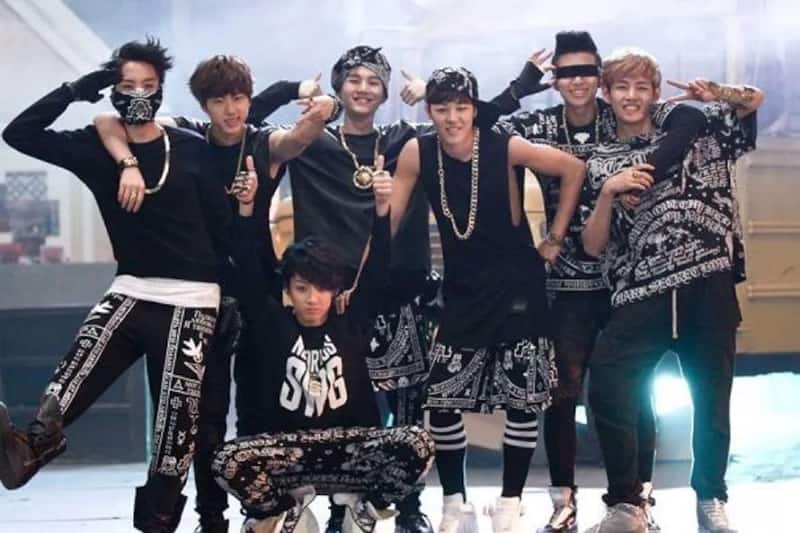 "Let's never lose hope," This is the message from the South Korean music sensation BTS to their fans, known as Army, in India as the nation grapples with the second wave of the coronavirus pandemic. The group enjoys a massive following in India and is yet to tour the country. Asked if there was a message for the Army in the country amid the pandemic, member V told PTI in an email interaction, "Our prayers are with India. Stay strong ARMY and let's never lose hope." The septet, also comprising RM, Jin, Suga, J-Hope, Jimin, and Jungkook, recently released their second English single Butter. The groovy disco-pop summer track smoothly crossed 113 million views on YouTube in the first 24 hours of its release on Friday, besting the 98.3 million public views counter-mark for the band's Grammy-nominated maiden English single Dynamite. Also Read - Trending Hollywood News Today: Kim Kardashian body-shames sister Khloe Kardashian, Johnny Depp, Amber Heard trial movie – Hot Take trailer goes viral and more

In the run-up to the release of Butter, BTS floated the concept art of the song which had a melting heart at its centre. Asked what was the idea behind this single, Jimin (25) said the members were looking for a song with a summer vibe, something they could enjoy with everyone. "We wanted a summer song that we can enjoy together with ARMY and everyone. And Butter was the perfect fit," he said. "It's a song brimming with the charms of BTS, so I hope everyone enjoys it!" V, 25, added. Also Read - BTS: Big Hit Music cracks the whip on 'ill-intentioned' rumour without making any reference to V and Jennie 'leaked pics'; Jin's reaction is EPIC

The group is set to deliver the first on-stage performance of Butter at the upcoming Billboard Music Awards (BBMAs), where they have yet again been nominated for the top social artist honour, the award they have been winning since 2017. They are also nominated in the top duo/group, top song sales artist and top selling song (Dynamite) categories. Also Read - BTS ARMY fondly remembers rapper Coolio of Gangsta's Paradise fame as he passes away at 59 [Read Tweets]

In 2019, BTS -the full name is Bangtan Sonyeondan (Bulletproof Boy Scouts) or Beyond The Scene, their English branding - also became the only South Korean group to win the top duo/group award at the BBMAs. It is a special feeling to return to the music gala after having such a memorable run at the charts last year for Dynamite, their career's first Billboard Hot 100 No 1 hit. It is an honour to perform Butter at the BBMAs, said Suga. "One of the most memorable moments last year was when we got our first number one song on the Billboard's Hot 100 chart. So it's an honour to perform Butter for the first time at the awards show that bears such a special meaning for us," the 28-year-old added.

Jung Kook, the youngest BTS member, said he hopes Army likes their act. "As we always do, we prepared a spectacular performance for this year's BBMAs too. So I hope our fans like it," the 23-year-old said. Although the optimism of Dynamite was exactly what ARMY around the world needed last year during peak pandemic, there were other songs in the band's 2020 album Map Of The Soul: 7 like ON and Black Swan that the group's fans believed also deserved a nod at the Grammy Awards.

When asked to comment, group leader RM said while these awards recognise some of the most ambitious projects in music, not getting a nod at the Grammys or any other music awards "doesn't mean that song is less valuable". ON and Black Swan delivered a deep message that we held in our seventh year into our careers, and that itself is invaluable," the 26-year-old said.

Their label HYBE Corporation, previously known as Big Hit Entertainment, last month acquired American record executive Scooter Braun's Ithaca Holdings, which is home to artists like Justin Bieber, Ariana Grande, and Demi Lovato. Asked what surprises are in store for ARMY following this development, while nothing was decided yet, J-Hope teased that this partnership will open doors to many more opportunities. "One thing we can promise for sure are amazing and unforgettable performances, so be on the lookout," the 27-year-old said.