BTS: Kim Taehyung aka V opens up on being 'hurt' by people he considered friends; reveals being treated as 'valuable asset'

BTS' V aka Kim Taehyung's Vogue photoshoots and the interview were dropped a couple of hours ago. BTS V poured his heart and soul into the interview and the photo shoot and it can be seen/read. Taehyung opened up on being treated as a valuable asset. 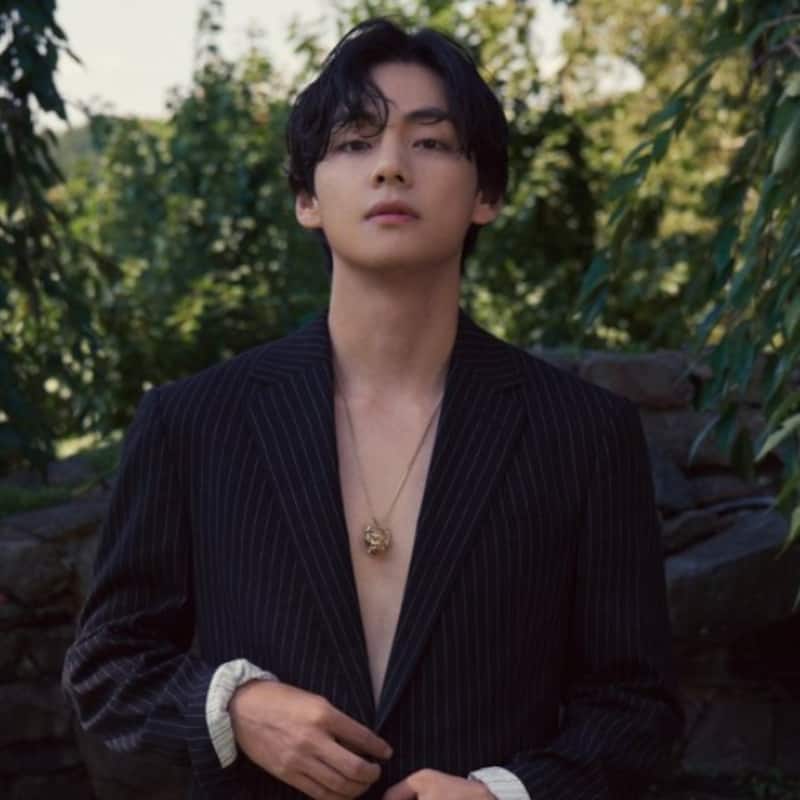 BTS V aka Kim Taehyung has set ARMY's hearts on fire with his new Vogue photoshoot. Kim Taehyung is known for his striking visuals and he has yet again lived up to the name dubbed by the BTS ARMY, the King of Visuals. BTS V's Vogue photoshoot highlights his various personalities in the choicest of ensembles from various brands. Taehyung has always had an affinity for popular and established brands. However, other than his looks, what will tug at ARMY's heartstrings are his candid confessions during the interview with Vogue. Also Read - BTS member Kim Taehyung-Jennie dating rumours: After Yeontan, BLACKPINK singer Jisoo's name also crops up; here's what happened

Hollywood News: Kim Taehyung reveals being hurt and treated as a valuable asset

There had been such talk amongst ARMY that BTS V's friends and peers took advantage of him to move ahead in life/career. And recently, the actor and singer of one of the biggest boybands, BTS, opened up on the same. In an interview with Vogue magazine, Kim Taehyung was asked about his social butterfly nature. He was asked about initiating conversations and contacts with other artists despite being such a big celebrity himself. Taehyung said that he cherishes human connection a lot. Also Read - BTS: Ahead of Kim Taehyung's stint as DJ on Radio show, here are 6 BIG REVEALS to charge you up for more interesting tea tonight

Elaborating on the same, BTS V called himself a people person and said that he truly enjoys working with everyone with whom his professional paths cross. Be it a director, producer, singer or even a journalist, Taehyung loves working with new people. However, he revealed being hurt before and treated as a 'valuable asset'. The Run BTS and Yet To Come singer shared that he became reserved because he 'had been hurt by people who treated' him 'simply as a valuable asset to know and not as a friend.' But that has not stopped his liking towards people. Taehyung shared that thanks to all the wonderful people he has in his life, he is who he is right now. Also Read - Trending Hollywood News Today: Zayn Malik unfollows Gigi Hadid, Kayne West compares Kim Kardashian to Queen Elizabeth II and more

Taehyung talks about feeling unsure if ARMY would accept him

The interviewer asked Taetae about his fear that if he doesn't meet with the ARMY, they'd stop loving him. Taehyung responded by saying that he feels good after having performed at concerts and events for the ARMY. He shared that reconnecting with fans has helped him or else it would have been difficult for him. "I try my best to show the most of myself whenever I get a chance to meet our fans," he adds.