BTS: Kim Taehyung aka V's pole dance from Celine after party goes viral; the LGBTQ community has also praised the pop icon for his gender inclusive behaviour at the event shattering norms of toxic masculinity 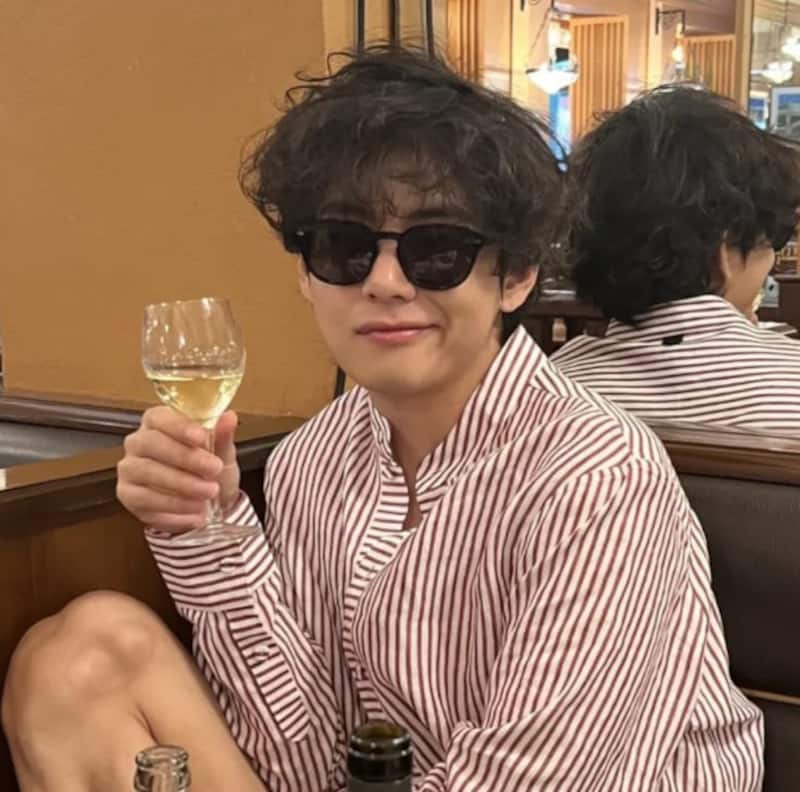 BTS member Kim Taehyung aka V rocked the Paris Fashion Week, which he attended as a guest for Celine. The pop icon was invited along with the likes of actor Park Bogum and Lisa of Blackpink. As we know, Lisa Manoban of Blackpink is the brand ambassador of Celine. Kim Taehyung had a swell time at the party. Now, there is a video where we can see him do the pole dance. It is from the after party of the brand. Fans cannot keep calm seeing the video. ARMYs and Blinks are having a field day as both the K-Pop superstars did the pole dance. Take a look... Also Read - BTS' V aka Kim Taehyung teases ARMY with his muscles picture on Weverse; REVEALS the real reason of his long absence

We can see that he is dancing with a male pole dancer who has dressed up like a girl. Even Lisa enjoyed the pole dance. The after party was quite a riot with a Swolla dance and live band performing. Also Read - Liger BTS: Ananya Panday and Vijay Deverakonda open up on the real challenges of shooting the film [Watch]

Many fans have spoken about how Kim Taehyung has shattered all norms of toxic masculinity over the years. We have seen him dance in high heels, he once wore a fairy costume and now he is so comfortable in what many are presuming to a crowd that has members from the LGBTQ community. Others told netizens that it is very wrong to assume someone's sexuality. Take a look at some of the tweets below... Also Read - Trending TV News Today: Raju Srivastava health update, Jasmin Bhasin's Bollywood debut, Akshay Kumar on new The Kapil Sharma Show and more

If you stan Taehyung you’re stanning freedom. It’s that simple.

idk bout yall but taehyung seems like having a BLAST in that damn queer party as if he belongs there. IN PRIDE MONTH TOO THIS IS PERFECT

Well, while assumptions on someone's sexuality is not something to be done, people are praising how BTS V aka Kim Taehyung seems to be a very gender inclusive person. BTS has always advocated gender equality through their lyrics. Kim Taehyung's Paris trip is surely one for the history books!