For week BTS' singer Kim Taehyung and Blackpink's Jennie's have been dominating the news section. And it has turned nasty and how! There are now plans to confront Jennie about the same, who's in Paris for an event. 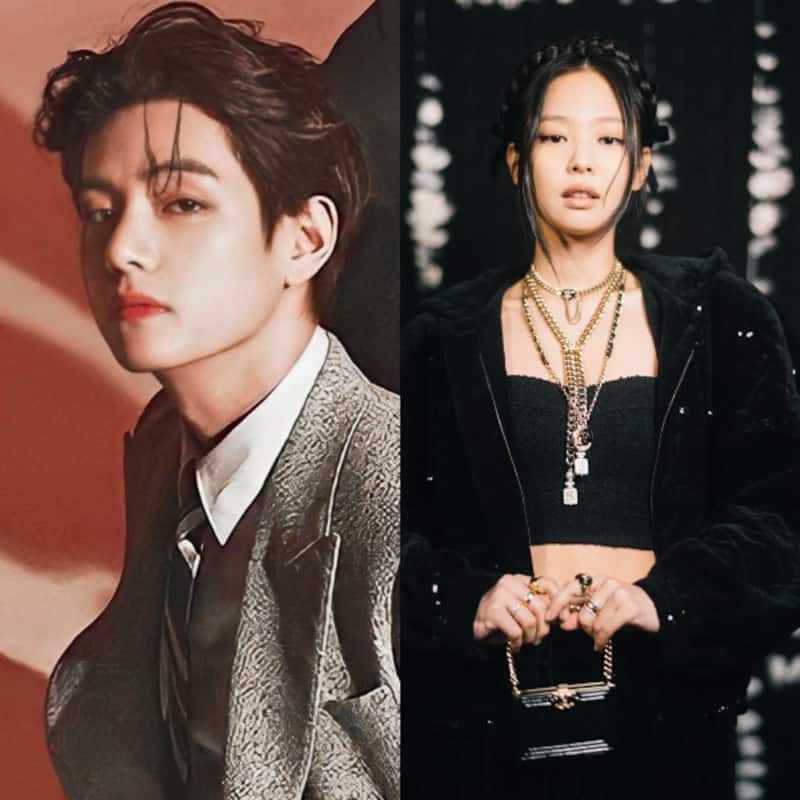 It’s been weeks and there’s still no stopping BTS’ Kim Taehyung and Blackpink member Jennie’s dating rumours. The BTS ARMY and the Blinks have been fighting against each other and other shippers and it’s getting nastier every passing day. Moreover, the silence and vague responses from both the artists’ talent management agencies – HYBE, formerly known as Big Hit Entertainment and YG Entertainment, have added to the roaring scandal it has turned out to be. Both BTS’ Kim Taehyung aka V and Blackpink’s Jennie has also maintained stoic silences. Every day, there have been some or other shocking updates related to Jennie and BTS V’s dating rumours. Also Read - BTS: Kim Taehyung aka V makes ARMYs swoon with his 'veautiful days' photo-folio; fans cannot get over his Victorian avatar

For the unversed, Blackpink members – Jennie, Rose, Jisoo and Lisa are in Paris attending the Paris Fashion Week. Recently, Jisoo and Rose were spotted attending the Parish Fashion Week and Blinks went gaga over the two ladies who stole the show in little black dresses. So far, no appearances from Jennie and Lisa were reported. And in the middle of this all, there’s a social media handle that has shared a message from Gurumi Haribo on a private Whatsapp group. The message states that he/she will be in Paris and he/she and their supporters are planning on confronting Jennie about the dating rumours. The message read that Gurumi and with her followers have planned to make Jennie break her silence. Also Read - BTS: Kim Taehyung aka V to feature in a variety show with two of the Wooga Squad members? Here's what we know

Well, the message has naturally come as a shock to the Blinks who are now fearing for her safety and for the invasion of privacy following this message. Though Jennie has not made a public appearance yet, fans are worried about what’s next. They have been tagging and asking YG Entertainment to protect their artist from the same. Check out the tweets here: Also Read - Year Ender 2022: BTS V aka Kim Taehyung, Jungkook, Blackpink rapper Lisa; here is the list of Most Googled K-Pop idols of 2022

Jennie privacy has been invaded multiple times yet YG hasn’t spoken nor taken any action to defend Jennie, why is that @ygent_official??? Why are you always silent when Jennie or any other bp members get harassed??? This is ridiculous. pic.twitter.com/pQWLJLBamO

BLINKS who live in Paris, pls protect Jennie, she doesn’t deserved to be harassed like this?

Why the people are so ugh ? i hope parís blinks can protect her she don't deserved this ?

I’m so sick of this. YG please do something! @ygent_official

Thats what I'm thinking too. So self entitled.

RELEASE OFFICIAL STATEMENT THAT YOU WILL TAKE PROPER MEASURE TO PROTECT JENNIE!

Don't believe gurumi, but still we need more security for our nini, his followers is not even that much... Protect nini #JENNIE, she needs more securities than as usual

Come on!!! @ygent_official do something!!! Protect your artist.

Y'all I think gh is a jennie anti....And jennie is actually not dating anyone...Gh is using tae because of his popularity....

@ygent_official do your job for once!

@ygent_official this is getting out of hand, you need to do something.

@ygent_official DO SOMETHING THIS IS SCARY

This guy needs to be taken care of. Seriously he is disturbing

Since Jennie is a New Zealand citizen, try contacting the New Zealand embassy in Korea to step in and protect her.

Kim Taehyung and Jennie dating rumours all started when pictures, which were allegedly leaked or edited, surfaced online. While there has been no confirmation whether the pictures are leaked and real, the silence of both the artists has only fueled the dating rumours.
Recently, Big Hit released a statement on the complaints being filed against those defaming the artists of their company. It talked about sharing “posters” and trying to spread ill-intentioned rumours and that action was being taken against them. So, naturally, ARMY assumed that HYBE was talking about Gurumi Haribo. But the latter surprised and shocked everyone stating that the agency released a quarterly statement that they do every quarter, and it did not specify which rumours and was generally very vague. He/she revealed not getting any legal notice from anyone.