Blackpink fans are worried as a group of people plan to approach rapper Jennie to confront her over her and BTS member Kim Taehyung's dating rumours. Check out the latest update here: 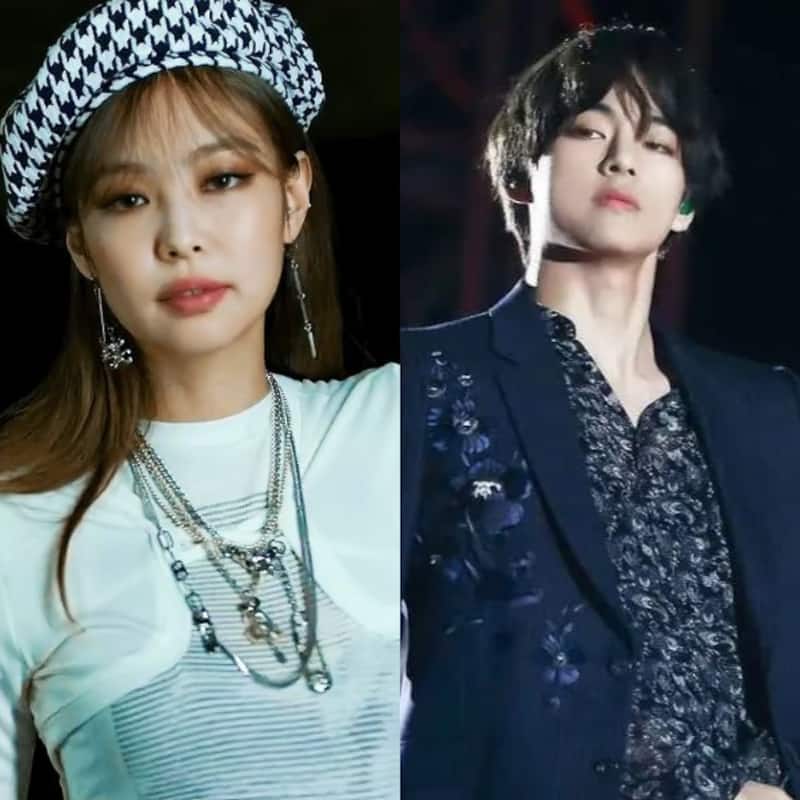 The dating rumours of BTS singer Kim Taehyung aka V and Blackpink rapper Jennie refuse to die down. The fandoms of the two popular Kpop bands are having a nasty fight online wherein ARMY defends BTS V and the Blinks defend Jennie. The silence on the part of the artists as well as the vague responses from the talent management companies, YG and HYBE, have set more tongues wagging and the fandoms furious. Just yesterday, we reported to y’all that Gurumi Haribo plans on confronting Jennie about her and Taehyung’s dating rumours as the Blackpink is in Paris. And now, there are more updates on the same. Also Read - BTS member V and Blackpink singer Jennie refuel dating rumours with latest romantic getaway to Jeju Island [View Pics]

Well, ever since Gurumi Haribo dropped the alleged leaked pictures of BTS’ Kim Taehyung and Blackpink’s Jennie from Jeju Island, the two fandoms have been having a war on Twitter. BTS ARMY and Blinks are furiously asking for the management agencies, HYBE aka Big Hit Entertainment and YG Entertainment to protect their artists. However, more images started surfacing working like fuel to the fire of Jennie and Taehyung’s dating rumours. And recently, Gurumi Haribo added that he/she and some people are planning on making Jennie break her silence over the dating rumours whilst she and the other Blackpink members are in Paris. Also Read - BTS: Have Kim Taehyung's family pics also leaked? Fuming ARMY tells Big Hit Music to take action against this invasion of privacy

And now, the latest update on the same is that Gurumi Haribo has got support from about 15 people who all are planning on approaching Jennie politely to ask her to comment on her and BTS’ Taehyung’s dating rumours. Gurumi has added that the group will try and ask Jennie to comment on the same as many times as possible. Also Read - Trending Hollywood News Today: BTS V aka Kim Taehyung-Jennie dating mystery intensifies, Sylvester Stallone debunks divorce rumours over 'dog-fight' and more

BLINKS in disbelief over Gurumi’s message

Well, as soon as the WhatsApp chat surfaced online, Blinks are in disbelief. Some even messaged Gurumi asking to leave Jennie alone. Gurumi said that Jennie will be approached politely and kindly. Another message read that the more people will deny that Kim Taehyung and Jennie Kim are not dating, the harder they will attack Jennie. Check out the tweets here:

now.. whoever invade her privacy asking that question i need yall to take pics or videos of their faces, PROTECT JENNIE!! pic.twitter.com/gjP1GNIQ4T

I’m a #taennie shipper but I don’t think you should that #taehyung #jennie pic.twitter.com/eroIzVhekv

“The harder we will attack Jennie”

This psycho’s goal is to ruin Jennie’s reputation, career, and possibly mental health.

? They have now gathered 15 equally deranged volunteers. We hope fans can help stop their delusions. @ygent_official should be your job! pic.twitter.com/yLQm9PNmJh

I cant understand them, Does Jennie owe an explanation to them?? really?? ??

When HYBE released the statement on the protection of their artists, Gurumi revealed she/he didn’t get any legal notice from anybody. After Gurumi started sharing pictures about Jennie and Taehyung, fans shipping Taennie started linking them. While some are Taennie stans they still don’t support the hullabaloo around the two artists.