BTS ARMY, Run BTS' new episode is out and here we are with the most heartwarming moment between the Bangtan Boys. The Tuesday y'all were waiting for, the new episode of Run BTS is back! RM, Jin, Jimin and Kim Taehyung's telepathy will leave you gushing, ARMY. 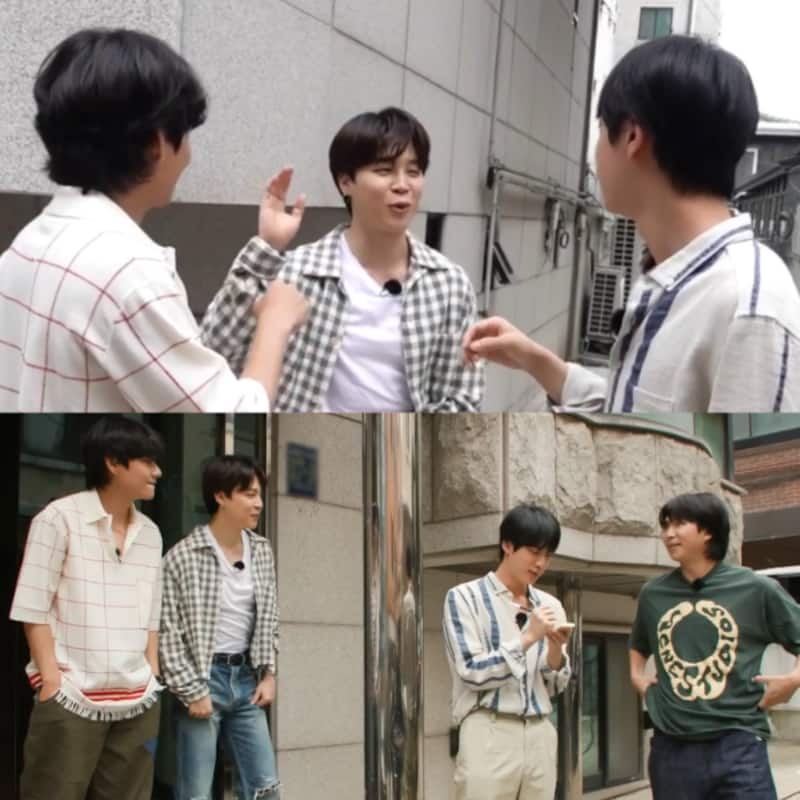 Run BTS' new episode featuring RM, Jin, Suga, J-Hope, Jimin, V and Jungkook is out and it's such an emotional moment for all the ARMYs. It's been 10 months since the last Run BTS episode dropped on Weverse. The new Run BTS episode is called Telepathy. And it's so much fun to see the boys get together and play the game again, just like the good old days. Along with the Run BTS episode, back were Bangtan Boys aka RM, Jin, Suga, J-Hope, Jimin, Kim Taehyung and Jungkook's goofy personalities. Let's check out the most heartwarming moment of Run BTS' latest episode. Also Read - Run BTS stopped? 'Clueless' ARMY wonders when they'll see Kim Taehyung, Jungkook and Bangtan Boys again [View worried Tweets]

In the latest episode of Run BTS, we saw the Bangtannies playing the Telepathy game. In the first game, they had to guess letters each based on questions. The telepathy of the Bangtan Boys - RM, Jin, Suga, J-Hope, Jimin, Taehyung and Jungkook - kinda failed for various reasons. TBH, we have to give it to the Run BTS producers/ directors who increased the difficulty level of Run BTS with such a game. The second was the game of guessing the gestures and it had to be Telepathically matched with the other members. Suga, Hobi and RM goofed up a couple of times. It was fun to see their expressive side back again. In this segment the Bangtan Boys worked hard on their acting skills, Jin and Taetae were quite natural. Also Read - BTS' V aka Kim Taehyung jets off to US for his schedule; ARMY is tripping over his casual yet smart airport look and goofy charm [View Tweets]

The most heartwarming Run BTS moment from Telepathy part 1

So, the most heartwarming moment of the telepathy between four of the Bangtan Boys - RM, Jin, Jimin and Taehyung. It so happened that the septet were made to wear masks. They were taken to the lobby and were made to sit in different cars and were handed out clues each. They were given clues in terms of words and were asked to guess the destination and reach there. The clues for the first round were 'Real Fun'. Jimin, Taehyung, Jin and RM felt their old dorm was the place they had the most fun. Suga went to the Han River whereas J-Hope reached Jamsil Stadium where they had practised the most. Jungkook, on the other hand, had at first thought about the dorm too. But he later switched the destination to the far away place of Lotte World. The reunion of Jin, Taehyung, Jimin and RM through telepathy was indeed a heartwarming moment. Also Read - Run BTS is back: Here are 8 most-entertaining episodes featuring Kim Taehyung, Jungkook, Suga and other Bangtan Boys [Watch]

Look at Kim Taehyung boxy smile when he met Kim Seokjin at their first dorm. It’s so priceless !!

THE FACT THAT THIS DORM IS WHERE BTS JOURNEY STARTED. TEARS IN OUR EYES !!

Taehyung,Seokjin, Jimin ,Namjoon are at their old dorm, Hoseok is in Jamsil, Yoongi is at the Han River and Jungkook is in Lotte World

THE FIRST ROUND WAS MADE ME CRY ?? pic.twitter.com/udYKCuzwrh

At the end of the Run BTS episode, we saw RM, Jimin and Taehyung discussing having thoughts of Lotte World too but had opted out due to the distance. Now, in the next episode of Run BTS, we will see three more rounds of destination telepathy being played. The clues for the second round are Salty or Mad. What could be the destination, ARMY, any guesses?