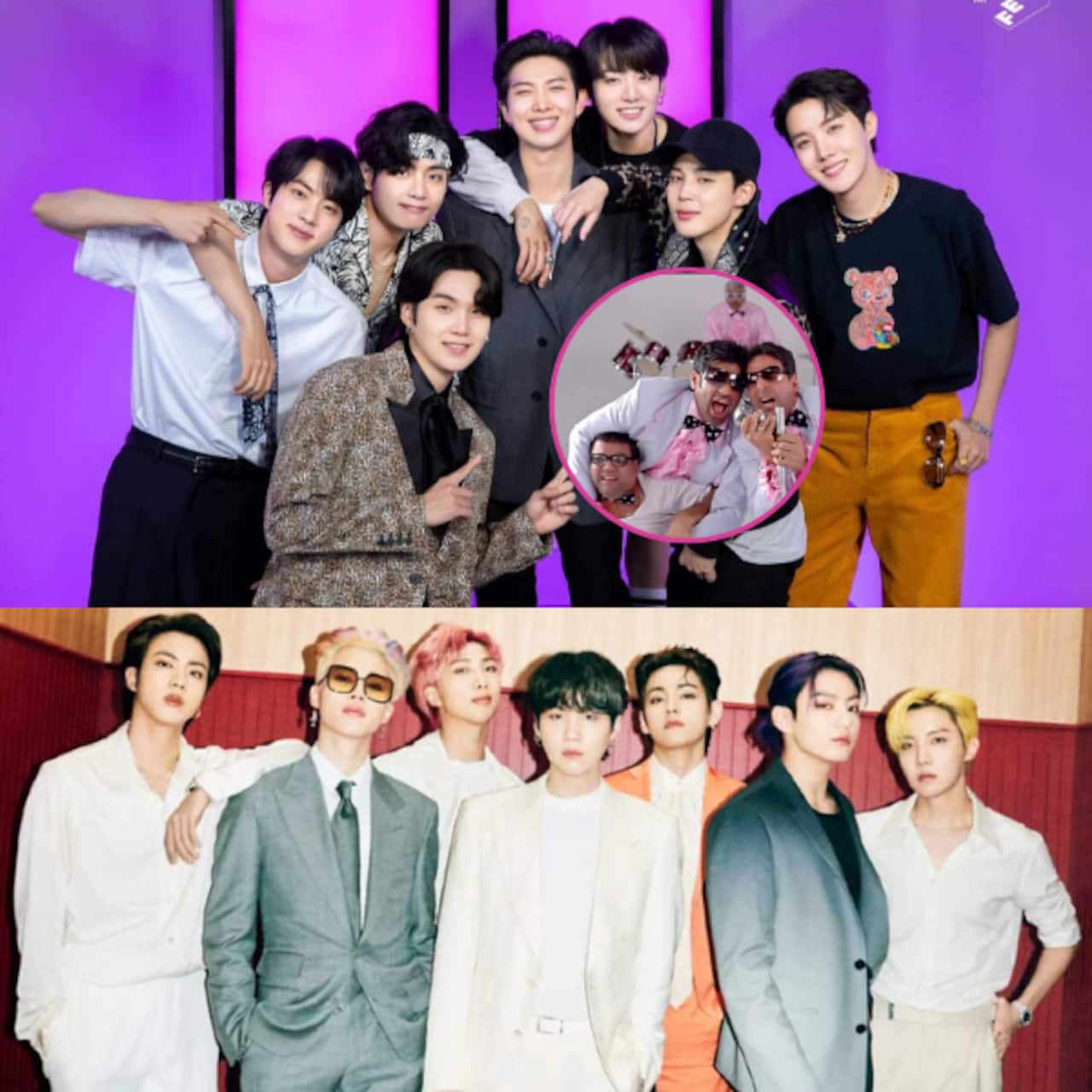 RM, Jin, Suga, J-Hope, Jimin, Taehyung and Jungkook aka BTS are known for their amazing music videos that are a rage amongst the fans. While their creativity often leaves the BTS ARMY in shock and spellbound, ARMY is nowhere lacking when it comes to creativity either. We have come across an edit of BTS wherein the ARMY added Akshay Kumar, Suniel Shetty and Paresh Rawal starrer movie Phir Hera Pheri song Aye Meri Zohrajabeen. The song is a huge iconic hit song from the movie and one of the most loved one too. Recently, Hera Pheri 3 has been in the news as well. Talking about the BTS edit, it's a hilarious video wherein the Bangtan Boys are yet in sync with the Bollywood songs. Also Read - BTS: Jimin is officially declared as the new global ambassador for Dior after Blackpink vocalist Jisoo and EXO's Sehun; ARMY says, 'Golden moment in history of fashion'

We came across a clip wherein the Bangtan Boys – RM, Jin, Suga, J-Hope, Jimin, Taehyung and Jungkook – were seen grooving to Aye Meri Zohrajabeen. Just like the comedy Akshay Kumar, Suniel Shetty and Paresh Rawal did in the song and entertained fans, the clip that the BTS ARMY picked for the edit matches the level of madness. As y'all know, BTS are known for their goofy charm apart from their handsome looks. And the BTS X Phir Hera Pheri edit is just as hilarious. Also Read - BTS ARMY trends 'Jimin Is Coming' with full power as deets of his debut solo album


On the other hand, the BTS members have been grabbing headlines in Hollywood News for their solo schedules and projects. From RM's upcoming album, Indigo to J-Hope performing his solo album Jack In the Box at the MAMA and more. There are a lot of things that ARMYs are looking forward to. Kim Seokjin aka Jin is enlisting in the military on 13th December this year. While the ARMY is happy that they'll celebrate Jin's birthday at least, the thought of him going away is still troubling them Also Read - BTS: Two minor Pakistani teen girls who ran away from home to meet Bangtan Boys found 1200 kms away  Stay tuned to BollywoodLife for the latest scoops and updates from Bollywood, Hollywood, South, TV and Web-Series.
Click to join us on Facebook, Twitter, Youtube and Instagram.
Also follow us on Facebook Messenger for latest updates.
Advertisement