BTS: Kim Taehyung thanking dancers to entertaining other Bangtan Boys and more – 5 moments of V from the Grammys that ARMYs cannot stop talking about

BTS' Behind The Scenes from Grammys 2022 was dropped a couple of hours ago and ARMYs cannot stop gushing over BTS V aka Kim Taehyung's adorable moments from the clip. 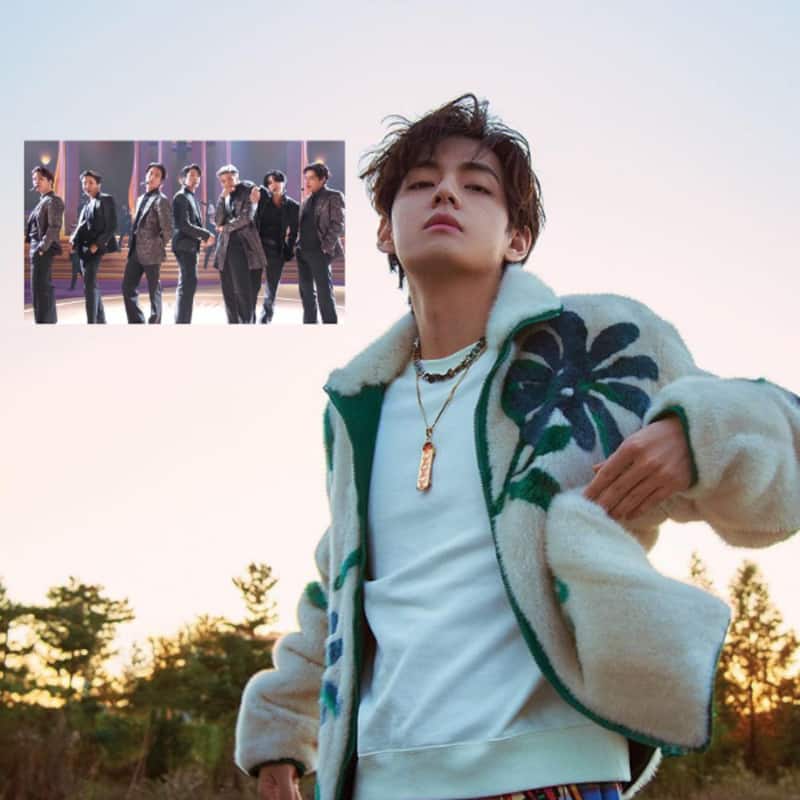 Bangtan TV dropped a behind-the-scene video of BTS members - RM, Jin, Suga, J-Hope, Jimin, Taehyung and Jungkook from their Grammy performance this year. It is one of the first OT7 content which includes every BTS member together after their announcement of hiatus from their group activities as they'll now focus on their solo projects. Talking about the BTS X Grammy performance, it was one of the biggest highlights of the evening. And now, the Bangtan TV has dropped a behind of the BTS' Grammy 2022 performance on Butter from which there are some of the moments of V aka Kim Taehyung, that ARMY cannot stop talking about... Also Read - BTS: Kim Taehyung's Wooga Squad BFF and Marvels star Park Seo Joon shows off his Boston bag and ARMY is all hearts

Yes, the clip of BTS V aka Kim Taehyung giving money to Suga aka Min Yoongi is included in the video. Fans have been going crazy over this moment from the airport. V is heard saying that he was the first person in front of his eyes and felt like giving the money to him. Also Read - BTS: As Jungkook's birthday draws closer, Philippine fans hold a blood donation drive [View Pics]

So, the Bangtan Boys, RM, Jin, Suga, J-Hope, Jimin, Taehyung and Jungkook performed together just twice, it seems. Other times, they would rehearse without either one or two members. Jin, unfortunately, had to sit out due to his injury. Hobi joined in late and the group had to focus on getting the sync right. When Taehyung struggled with the jacket choreo, the Golden Maknae aka Jungkook was seen helping him out. There's also a clip in which Taehyung talks about when he'll throw the card at Jungkook and he actually had the technicalities in his mind. ARMYs were bowled over with the same. Also Read - BTS: Jin again proves to be the best cook of the K-Pop band; prepares THIS succulent shrimp toast [Watch Video]

The fact that Jeon Jungkook is so endearing focusing to Kim Taehyung on teaching how to hold his sleeve. Taekook moments#taekook pic.twitter.com/rGrztKTSF0

Kim taehyung is a great dancer, he hits every beat and never misses. His moves is sharp and clean, he’s born to be on stage! pic.twitter.com/QHNKzYkTjO

a little tug of war happening at the back there ?

After the rehearsals, all the members thanked the dancers who danced with them during the rehearsals. BTS V aka Kim Taehyung was seen moving ahead and thanking them loudly and acknowledging them for their hard work.

our graceful man, always showing his gratitude to everyone around ?
The absolute idol. Kim Taehyung.

There's a moment when he is seen discussing the camera angles with the boys. His adorable puppy eyes have grabbed the attention of the ARMYs. Apart from that, the Taehyung bias ARMY cannot stop gushing over his bread cheeks and eyes.

everybody shut up and watch this video of kim taehyung's puppy eyes pic.twitter.com/vbUQjrIIAy

kim taehyung effortlessly making everyone laugh with his moves during grammy practice, he’s so funny and cute ?#kimtaehyung #btsv
pic.twitter.com/KNIsQO6bpY

No one can anyone survive with his cuteness
Duality of kim taehyung it's really insane #BTSV #KimTaehyung #Vpic.twitter.com/D1tKgRsfcE

A Moment with Olivia Rodrigo on stage

After their final performance, BTS members were seen reviewing their performance in the room. Taehyung, Jin and Jimin are seen watching the clip during of his interaction with Olivia Rodrigo. He confirms right after the performance that he whispered 'blah blah' to her in her ears during their Butter performance. Check out the whole video here:

Meanwhile, the BTS Chapter 2 has begun with Jungkook and J-Hope aka Jung Hoseok already bringing out their solo works and winning hearts. Let's wait and watch what other members have up their sleeve for the ARMYs.