BTS: Fans of Kim Taehyung aka BTS V are left surprised as even his pet Yeontan gets dragged in the alleged dating saga with Blackpink rapper Jennie Kim 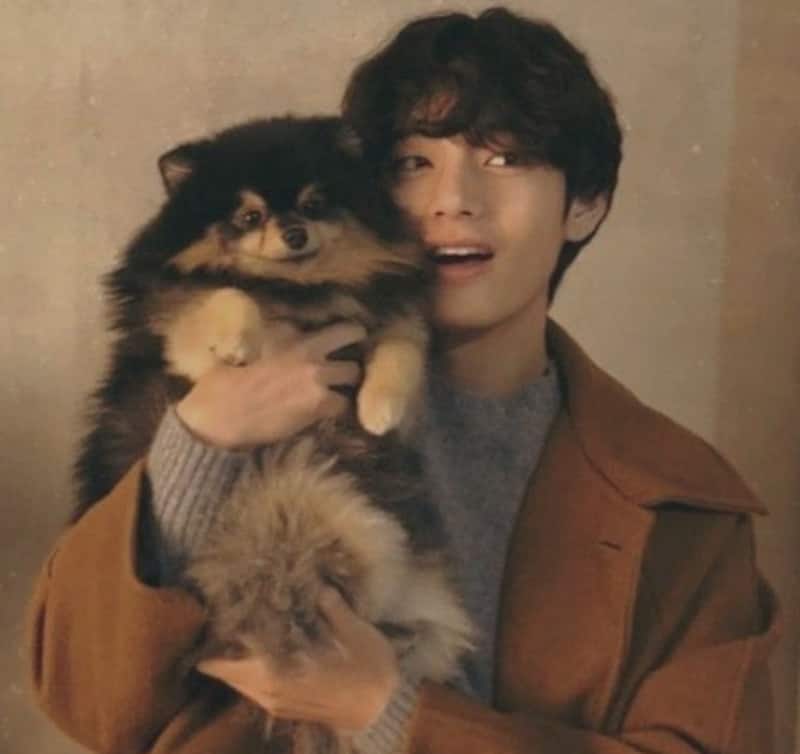 BTS vocalist Kim Taehyung aka V and Blackpink rapper Jennie Kim's rumoured dating news has been grabbing headlines and how. While no comment has come from either of the two celebs, or their agencies, it has caused some strife in the two fandoms. Today, Kim Taehyung aka V came on Weverse. He asked a few questions posed by ARMYs. When someone asked him to show a picture of Yeontan, he said that his dog was at his parents' place/family home. As we know, his family is from Daegu so it is very much possible that he is there. Looking after a pet can be quite an affair especially if someone has packed schedule like Kim Taehyung. Also Read - BTS: Kim Taehyung, Jungkook and other members turn Akshay Kumar, Suniel Shetty from Phir Hera Pheri as they groove on 'Aye Meri Zohrajabeen' [Watch Hilarious Video]

After this statement from BTS V, the handle Gurumiharibo who has been leaked the pics of the alleged couple shared a pic of Yeontan. He or she has claimed that this has been clicked by Jennie Kim. Needless to say, ARMYs and fans are very annoyed. Everyone has been saying that the dog in the pic is not Yeontan. But fans are surprised that how has Yeontan also found his way into this never-ending alleged dating saga of the two celebs. Take a look at the tweets below... Also Read - BTS: V aka Kim Taehyung and Jungkook ace the Run BTS TikTok trend; Big Hit Music reveals their hidden talents

It shows the inner tail that they’re crying about. lmao like the tail couldn’t change it’s color depending on the lighting. ?? Maybe this isn’t Yeontan too coz the tail is black ? pic.twitter.com/KHE0Th6RiK

Bitch there are several Poms that look the same. These are totally different Pomeranians are you gonna call them Yeontan too? ? https://t.co/HbSoKrYKxW pic.twitter.com/mMMbF5bYyx

Look at her tail and feathers. It is not yeontan. And if you believe that, you are an idiot.#taehyung #JENNIE #TAEHYUNG pic.twitter.com/nEbZWliZQ0

Yeontan needs immediate therapy, yesterday they called him jennie's dogs sibling and today being used to prova a delusional ship. The boy had a rough week?

Gurumi leaked a photo of Yeontan, Taehyung’s dog, she claims was taken by Jennie in mid July pic.twitter.com/1atGF5i2rk

Since there is no official statement from anyone, shippers of Taennie and others are having a field day on social media. Blackpink rapper Jennie Kim is busy with the promotions of Pink Venom. On the other hand, Kim Taehyung is working on his first solo album. Also Read - BTS: Kim Taehyung aka V gets mobbed by ARMYs as he returns home; pens a note saying, ‘I always get worried…’