BTS: Kim Taehyung's desi fan imagines him as son-in-law of an Indian home in this hilarious edit that will leave you ROFL [Watch Video]

BTS V aka Kim Taehyung is one of the most loved and adored idols from BTS aka Bangtan Seonyeosan, also called Bangtan Boys. We came across an ARMY-made video of Kim Taehyung being a desi son-in-law and the result is hilarious. 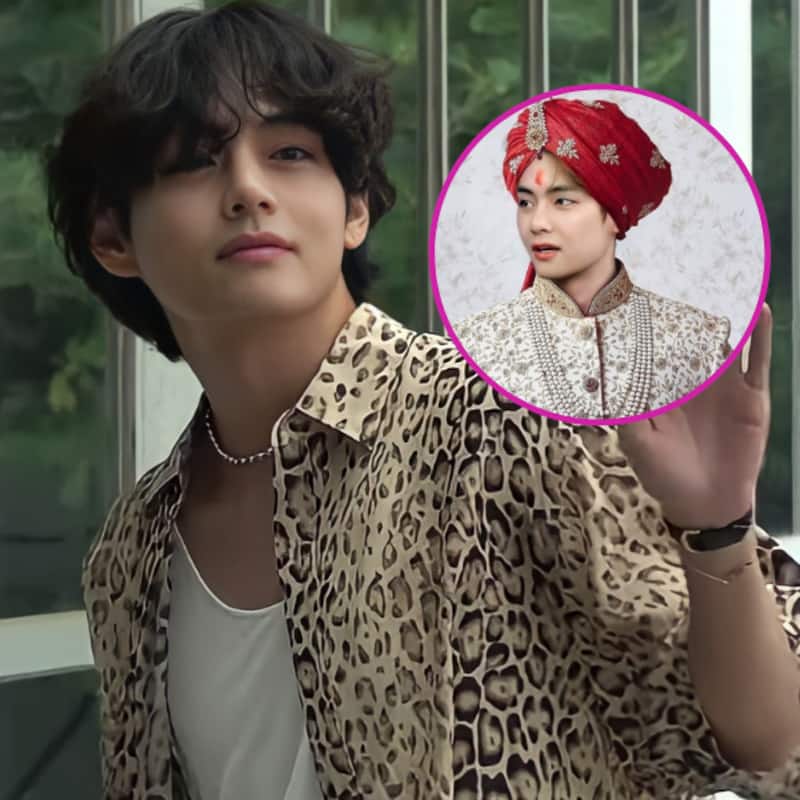 BTS members - RM, Jin, Suga, J-Hope, Jimin, Taehyung and Jungkook are supposedly on a hiatus. However, there is so much content of the Bangtan Boys available to binge for the BTS ARMYs that there won't ever be a dearth. Plus the BTS members are dropping their solo content as well. So, BTS content is just growing. Moreover, there are ARMYs who love editing pictures and videos of the boys - RM, Jin, Suga, J-Hope, Jimin, Taehyung and Jungkook and sharing them online. And that's what we are going to talk about today. We have an ARMY-made edit of BTS V aka Kim Taehyung wherein the ARMY imagined V as an Indian son-in-law. And the edit is hilarious. Also Read - BTS: Jimin reveals THIS member is the best masseur amongst the Bangtan Boys – ARMY, can you guess?

BTS ARMY is very talented in editing videos. They'd make memes out of anything and everything that is available about BTS online. And it's so funny sometimes that we feel it deserves a shout-out. In India, the fanbase of BTS is growing day by day. And hence, one such ARMY gave a goofy spin to Taehyung's video from BTS In the Soop. It is shown that Taetae's bride is getting ready after a shower and he is sleeping in bed peacefully. Suddenly he is woken up and the edit plays Bhajan in the background. Well, in India mornings begin with prayers to God. While some have silent prayers there are some households that have Bhajans playing early in the morning. The ARMY imagined what it would be like for BTS V aka Kim Taehyung to be married in such a household. Check out the video here: Also Read - Love BTS photo cards? Kim Taehyung, Jungkook, Jimin's pics have been sold for as much as above Rs 60K [View List]

Meanwhile, V is currently being featured on In The Soop Friendcation with Park Hyungsik, Peakboy, Park Seojoon and Choi Woo Shik. Together the 5 celebrities from South Korea went on a vacation to Goseong. It's a four-day trip of the friends who've gathered together after years. It's a spin-off of BTS In The Soop. Also Read - BTS: Kim Taehyung aka V BEATS co-member Jungkook, The Gray Man star Ryan Gosling and others to become The Hottest Man Alive [VIEW LIST]

Meanwhile, a couple of weeks ago, V aka Kim Taehyung's Drive vlog had been dropped too. It featured the Yet To Come and Run BTS hitmaker driving along with his directors and spending time with the ARMY. He listened to songs, played golf and ate wholeheartedly. Elsewhere, it is being said that Taehyung is soon going to release his solo album.