BTS member Kim Taehyung aka V came online on Weverse last evening and he answered a lot of questions posed by ARMY. When an ARMY quizzed about BTS' Golden Maknae Jungkook, his answer was mistranslated by auto-translate. And it's gonna stay in the minds of the ARMY forever. 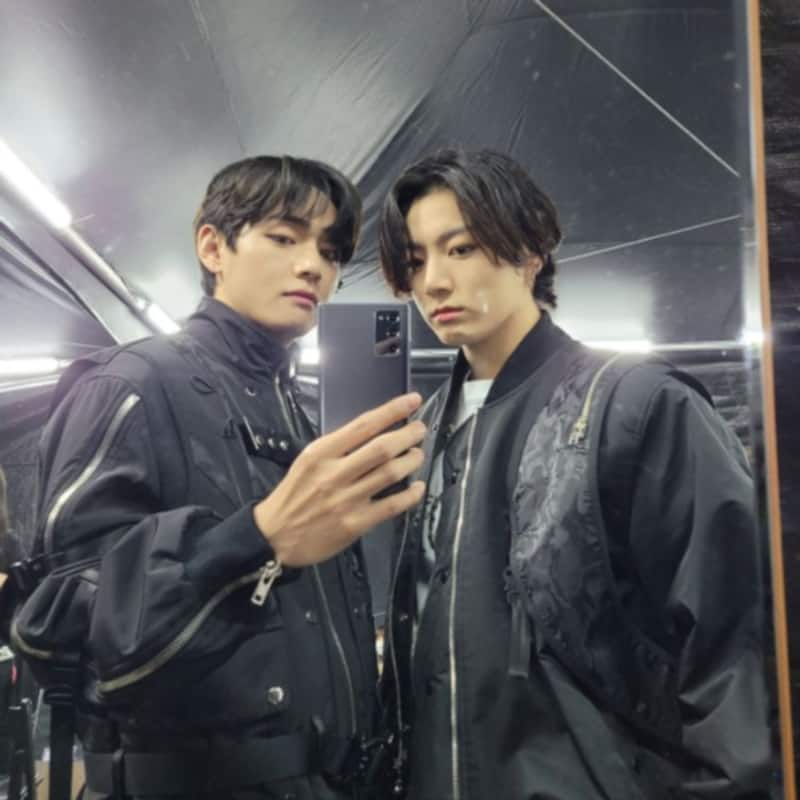 After a long time yesterday, BTS' Kim Taehyung aka V had an interactive session with the ARMY on Weverse. The baritone singer of BTS, V had a fun chat which is the talk of the ARMY and Twitter-town right now. Taehyung answered and responded to a lot of questions and messages from ARMY. It was late in the night but the For Youth and Yet To Come singer revealed that it was his morning right now. It seems Taehyung's whole schedule has changed. However, 'Jungkookie' is trending online right now, and it's all thanks to Kim Taehyung. Yes, you read that right. Also Read - BTS: Kim Taehyung aka V's birthday gets celebrated with TaeUtsav in Kolkata [View Pics]

Late last night in South Korea (evening in India), Kim Taehyung was online on Wevserse. He not just responded to the ARMYs but also conducted the shortest live as well. It seems BTS V was testing out the Weverse app since his last appearance on Weverse during fellow BTS member Jimin's live. Talking about Taetae's interaction with the ARMYs, Taehyung reinstated that Coffee is bitter and hence doesn't like it when an ARMY suggested him to drink cold coffee. He also responded to an ARMY who complained to him about not conducting a live session with Jimin. Taehyung dodged it saying that he was talking about a video call. Out of the many responses, one of the responses is going viral and it is related to the Golden Maknae of BTS, Jungkook. Also Read - BTS: Jimin wishes Kim Taehyung on his birthday with an unseen pic; ARMY cannot get enough of VMin [View Tweets]

Check ARMY's reactions to 'Jungkookie, I love you' mistranslation here:

It so happened that an ARMY expressed his/her sadness to Taehyung saying that Jungkook is ignoring him/her so what should he/she do? Taehyung consoled the ARMY saying, "Jungkookie loves you," However, the automated translate option mistranslated BTS V's response to "Jungkookie, I love you" and ARMY is having a field day over the same. Now, Taehyung and Jungkook, being the youngest share a very heartwarming bond with each other. Their friendship is widely shipped together as Taekook. Check out the reactions to "Jungkookie, I love you," here: Also Read - BTS: Kim Taehyung's birthday gets celebrated worldwide; from Kolkata to New York LED ads for the Winter Bear singer show how deeply he is loved [Watch Videos]

1. Jungkookie loves you
2. Jungkook, i love you

Even as CLEAR as this.. I know you'll not stop try to debunk.
Even until one day if he kiss him in front of your eyes, you'll say get out of your imagination.
Meanwhile, our imagination is as real as :
"Jungkookie I love you"
"Jungkook sleep beside me"
"Heaven . Jungkook"

Taehyung, i love you too. Hahahahahaha ? pic.twitter.com/D7354mfkUo

? : this is Billboard's number one artist jungkookie I love you ♡ pic.twitter.com/jTI9PIXzoj

"Get out of your imagination, its not good there"

Some k-army said that he played in words and it’s true tooooo jungkookie i love you pic.twitter.com/DpLqzR95qg

I never seen this before why now did it appear on my tl???? plz he’s so cute I love you jungkookie pic.twitter.com/KIfr3Ml8LA

Meanwhile, Jungkook came online on Instagram to give a shout-out to J-Hope's newly released single with Crush, Rush Hour. He previously shared Instagram stories in the minuscule format, leaving ARMY in splits of laughter.