BTS leader RM aka Kim Namjoon gets love from Simu Liu of Shang-Chi fame; he says, 'It takes a lot to like....'

BTS leader RM aka Kim Namjoon gets love from Simu Liu of Shang-Chi fame; he says that he is the heart and soul of the group 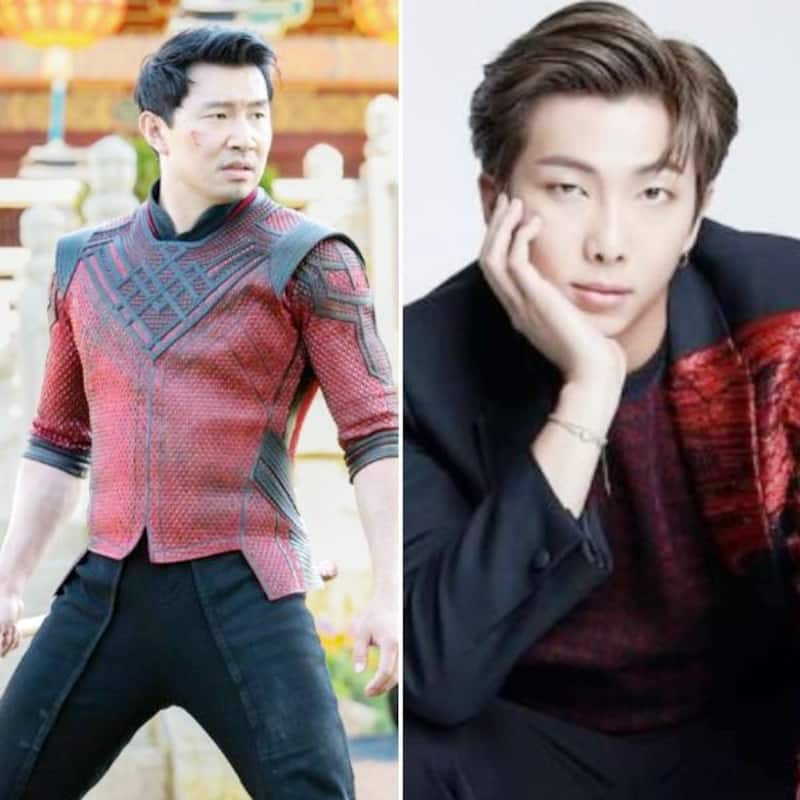 BTS members get love from global celebrities. The latest to shower love on the them is Shang-Chi star Simu Liu. As we know, he is a Canadian citizen who was born in China. Earlier, he had shown fans his perfect moves on their dance tracks, and also mentioned his fave numbers. The actor did promotions for his memoir, We Were Dreamers where he revealed who is his bias in Bangtan Boys. He did a conversation with Jason Y Lee recently. Simu Liu was asked about his bias in BTS and he instantly took the name of BTS leader RM aka Kim Namjoon. The clip is now viral on Twitter... Also Read - BTS Photo Folio: After Jungkook, Kim Namjoon aka RM's preview wows ARMY; Bangtan leader's concept of entirety is as profound as him

"My bias is RM. I’ll tell you why. He’s very much like the mouthpiece of @BTS_twt, like the heart & soul & it takes a lot to like assume that responsibility. Right? To be able to speak in an eloquent manner, on behalf of an entire group."
Simu Liupic.twitter.com/yQhh3xrgzO

He said that RM was the mouthpiece of BTS. He said it took a lot to take up the responsibility and represent the group on the global platform. As we know, RM who was the only member to know English would handle all the questions in American interviews. Of late, others like J-Hope and Jungkook have started talking a bit in English. He was quoted as saying, "I’ll tell you why. He’s [RM] very much like the mouthpiece of BTS, like the heart and soul. And it takes a lot to like assume that responsibility. Right? To be able to speak … in an eloquent manner, on behalf of an entire group." Also Read - Kim Kardashian, Khloe Kardashian, Kylie Jenner and Kendall Jenner's HOTTEST bikini and bodycon looks – be sure to view pics in PRIVATE

The host Jason Lee revealed that Jimin and J-Hope were his faves. As we know, Cardi B also recently said that Park Jimin was her most loved member of the K-Pop septet. Simu Liu said that there was nothing not to love about RM. He said, "He’s kind of been there every step of the way, and he’s also, you know, one of the producers as well … What’s not there to love?" The video of RM aka Kim Namjoon being all emotional after the Festa 2022 dinner went viral when he spoke about the group wanted to rediscover itself after a journey of nine years. Also Read - Trending South News Today: Vijay Deverakonda opens up on his equation with Karan Johar, Ponniyin Selvan’s new single Chola Chola impresses fans and more

Kim Namjoon aka RM also spoke at the Art Basel Podcast where he spoke about how art was helping him become a better adult. He said that it inspired him to create art that would be timeless.