BTS: Becky G has revealed how J-Hope and she managed to keep her performance a secret from ARMYs and fans. She also called him a walking sweetheart on the red carpet 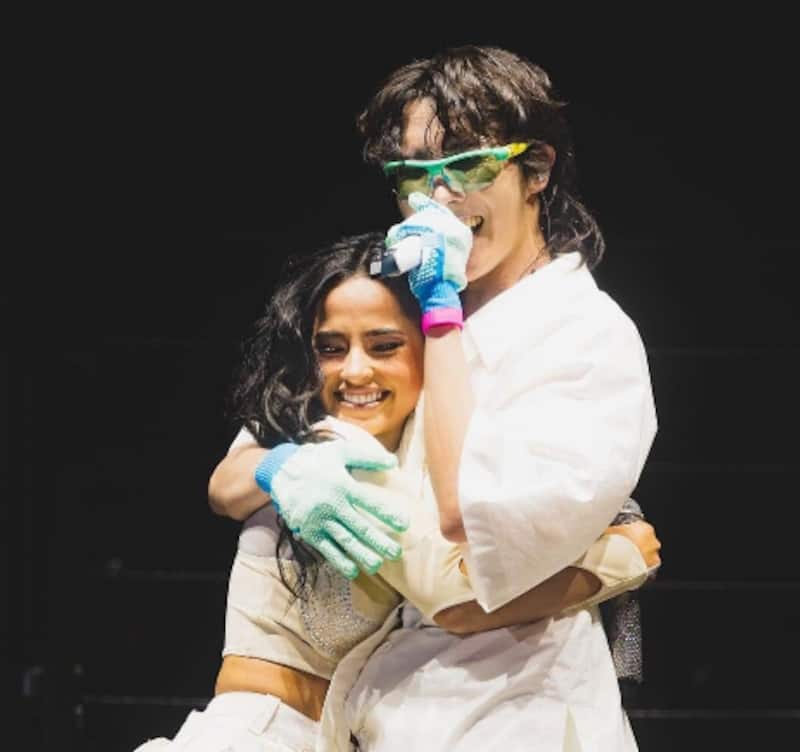 BTS fans known as ARMYs adore the friendship between J-Hope and Becky G who collaborated together for the song, Chicken Noodle Soup. We saw their first ever live performance at the Lollapalooza in Chicago. Fans went berserk as the Arson singer and Becky G took to the stage. Whether it was their performance or the hug which they shared, it was cuteness overloaded. In an interview to a channel on the red carpet of the Variety's Power Of Young Hollywood event, Becky G spilled the beans on how they kept it a big secret from ARMYs and fans. She said she flew in a day earlier and practised over time in great secret for this huge surprise. Also Read - BTS: The real story behind Jin's iconic outfit from In The SOOP will leave you surprised

Becky G said that J-Hope was a walking corazoncito which translates into a walking sweetheart. The two have been friends since Chicken Noodle Soup. She said they do check up on each other occasionally. Chicken Noodle Soup was J-Hope's first collaboration and a successful one at that. Becky G who is born to American Mexican parents is a leading Latin artiste. Also Read - This lucky BTS Army's boyfriend proposed marriage to her in the most epic style and it has a Bangtan Boys connection

#BeckyG calling #jhope a “walking corazoncito” (sweetheart) just melts our hearts. Thank you Hobi @BTS_twt and @iambeckyg for surprising us with that awesome and unforgettable CNS live performance at @lollapalooza.
Team Hobecky for life! ?pic.twitter.com/8aaxlPZxH3

BTS member J-Hope promoted his first album Jack In The Box really well. From a listening party which was graced by some of Korea's best hip-hop musicians to limited but meaningful interviews on the concept and journey behind Jack In The Box. His lyrics have impressed the best in Korea. Fans are hoping that J-Hope comes to India for Lollapalooza in 2023. It will be held in Mumbai. As of now, all BTS members are focused on the Busan Concert, which is a matter of national importance. Also Read - What? BTS leader RM once forgot to pull his zipper up on national television and no Army can imagine what happened next