BTS member J-Hope's pet Mickey has a new favourite person and its not the Korean rapper or his sister; can you guess that special guy? 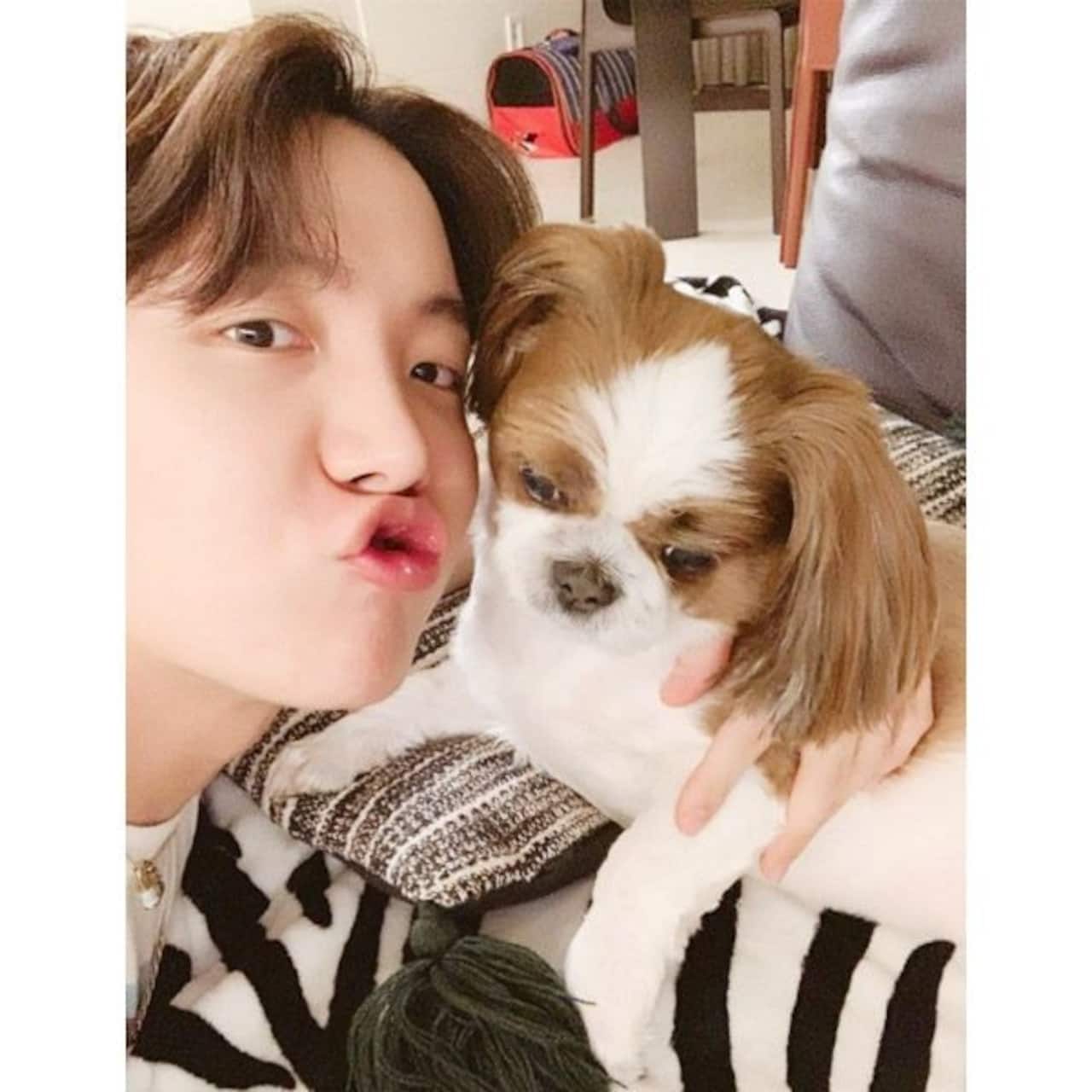 Apart from being a great performer, BTS member J-Hope is a pet lover and his pics with his pawsome friend Mickey (Shih Tzu) always garner love from fans on social media. Speaking about his pet, Mickey, the Korean rapper shared a cute update that his dog's current favourite person is dad, Hobi. Well, going by post, where we see Mickey cuddling and roaming with Hobi, it clearly shows that the bond with between J-Hope's father and their pet is too cute. BTS member wrote on Weverse, "Mickey now likes our dad the best.." Also Read - BTS: Kim Taehyung aka V shows off his plating skills like a pro in 'Seo Jin's' cooking show; promo makes ARMY super excited [Watch Video]

As per a fan, the J-Hope had recently took a wounded stray cat to a vet clinic and helped the animal, "Right before J-Hope went to the states, he came by a vet clinic in my neighborhood to treat a wounded stray cat. He asked the doctor to look after the cat and paid off all the fees for any surgical treatments," said a fan. He continued, "[J-Hope’s dog] Mickey sees the same vet, so I think that’s why he came to this specific one. It’s true. J-Hope is an angel!!! He’s frickin’ awesome." Also Read - BTS: An ARMY visits Golconda Fort and finds Jimin and BTS fanchant written on the wall; pics go viral

Want to talk about Hobi-

? Him caring for Taehyung, feeding him, bringing him milk :") also feeding kookie.
? Him saying "JK, nothing you do will ever fail. I am so proud to have you as my younger brother"
?Taking Bam and leaving so that 6 can play

I want #JHOPE in my life. pic.twitter.com/oz2xLfKuj5

Just yesterday, we saw J-Hope grabbing our attention for his response to a fan, who wanted to marry him. As translated by Instagram handle BTS weverse translation, the fan said, “Oppa my dream is to be an actor. If my dream comes true, marry me when you see me.” She added, “Just a joke for saying marry me. Say ‘you did a great job’ to me.” J-Hope wrote, “I hope you can be an awesome actor!!!” He added a few dynamite emojis and a fairy emoji. Also Read - Has Pathaan impacted the release of BTS Yet To Come In Cinemas In India? Worried desi ARMY wonders what happened to February 1 screening [Read Tweets]