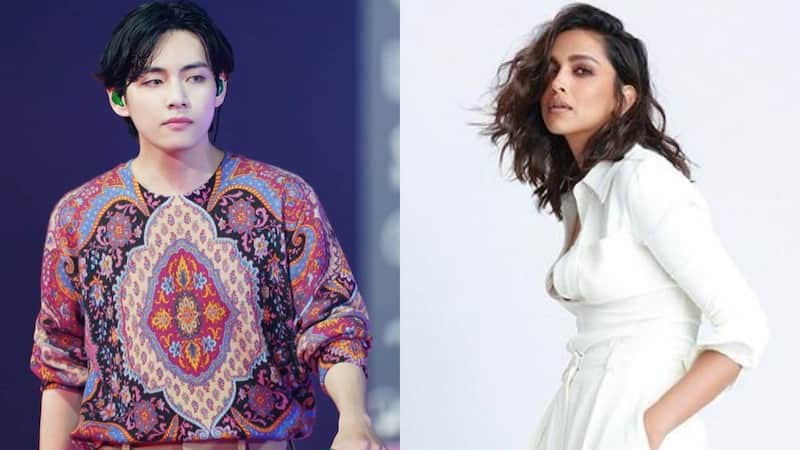 BTS Jimin is dominating headlines due to his health issues. He is now in a hospital undergoing post-operative care for appendicitis surgery and COVID-19. The Filter singer came on Weverse and assured the BTS ARMY that he is recovering alright, and eating well. BTS member V told fans that he spoke to Jimin in the morning via video call and he is doing fine. This warmed hearts of #VMin stans. On the other hand, Victoria Beckham shared a pic of Deepika Padukone wearing an outfit from her collection. Lovebirds Ben Affleck and Jennifer Lopez were caught on a date in NYC by the paps. Here is a lowdown.. Also Read - BTS: Kim Taehyung's Wooga Squad BFF and Marvels star Park Seo Joon shows off his Boston bag and ARMY is all hearts

BTS Kim Taehyung assures fans that Jimin is doing well
The health of BTS Jimin has been a cause of concern for fans aka BTS ARMY. He is in hospital recovering from an appendicitis surgery and COVID-19. He tested positive with a sore throat. Jimin had come to Weverse to tell fans that the surgery went well, and that he should be discharged in 2-3 days. Jimin also said that he has been eating properly all his three meals (including rice). This made fans happy. Today, BTS V told fans that he spoke to Jimin via video call in the morning and that he is looking well. Also Read - BTS: As Jungkook's birthday draws closer, Philippine fans hold a blood donation drive [View Pics]

Britney Spears posts a bikini video
Britney Spears is enjoying her life to the fullest. She posted a video on the tunes of Cardi B's Bodak Yellow. In the video, she is seen in a skimpy yellow bikini. The singer is now free of conservatorship. Take a look at the post...

These were the Hollywood headlines that kept us intrigued. Stay tuned for daily news...