Bangtan Boys RM, Jin, Suga, J-Hope, Jimin, Taehyung and Jungkook's mandatory military enlistment has been a subject of discussion as the age cap of 30 inches closer for the eldest BTS member Jin. And it has led to the rise and fall of HYBE's stock prices. 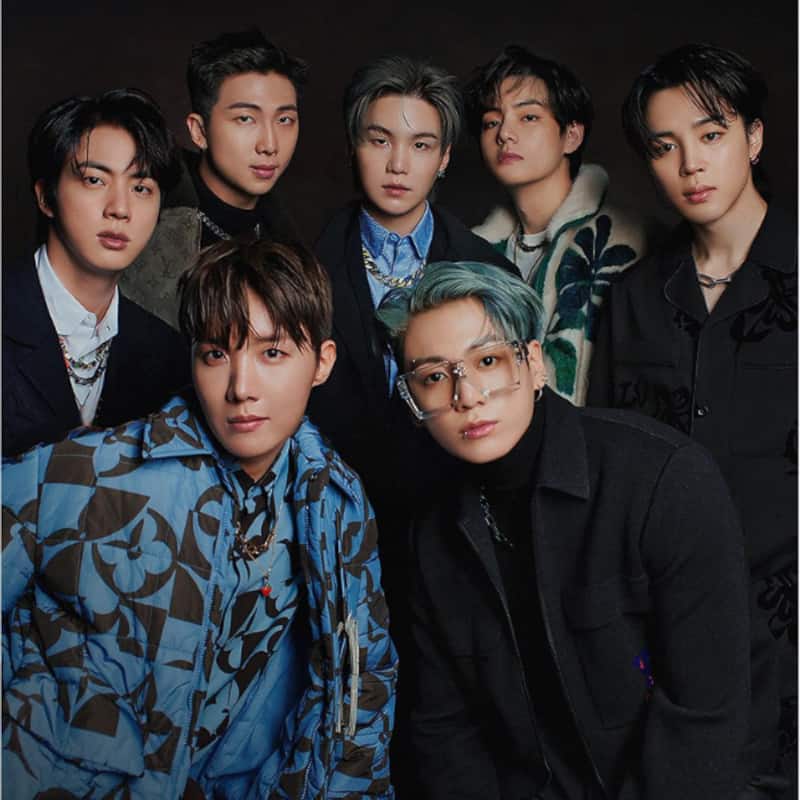 South Korean boyband BTS is reigning not just in hearts but also the music world with their amazing songs. The septet which consists of RM, Jin, Suga, J-Hope, Jimin, Taehyung and Jungkook - enjoys a massive fan following across the globe. Being South Koreans, they have some mandatory military enlistment to take up before turning thirty. There has been a lot of discussion on BTS military enlistment. Whether to give an exemption to the BTS members or to reinstate the rules and regulations with BTS enlisting in the military has been a topic of debate not just amongst the ARMYs but also in the legislative assembly. The whole issue has led to the fluctuation of HYBE's stock prices. Also Read - BTS: Big Hit Music cracks the whip on 'ill-intentioned' rumour without making any reference to V and Jennie 'leaked pics'; Jin's reaction is EPIC

Hollywood News is full of BTS talk again as the topic of their mandatory military enlistment has cropped up again. HYBE, the talent management company, that looks after various artists including BTS, has made it to the news due to the fluctuation in their Stock prices. It has been rising and falling in the last couple of months. And a report in Koreaboo, states that it is due to the issues revolving around the military enlistment case of BTS. When BTS announced hiatus in June, HYBE's stocks fell by a whopping 25%. The stocks which were as high as ₩294,000 KRW fell down to ₩145,000 KRW. HYBE released a statement saying that BTS is not on a complete hiatus but would be focussing more on the solo content. Also Read - BTS ARMY fondly remembers rapper Coolio of Gangsta's Paradise fame as he passes away at 59 [Read Tweets]

Recently, that is as of September 19, the stock price jumped by 2.27%. The online portal reports that it is due to the online survey poll that was conducted recently. It was regarding the mandatory enlistment services of Bangtan Boys. The poll was conducted by Realmeter which had more than 1000 responses. It ran from 18 to 19 September and a majority of the respondents were in favour of the possibility of the revision of the Military Service Act. It is to be noted that months ago, there had been talks about a revision in the Military Service Act to help BTS get an exemption. Also Read - BTS member Kim Taehyung-Jennie dating rumours: After Yeontan, BLACKPINK singer Jisoo's name also crops up; here's what happened

Will Jin enlist in the military or will BTS get an exemption?

It is said that the South Korean Defense Minister in a parliamentary meeting in August had shared that the ministry will plan its next course of action for BTS' military enlistment based on the poll results. After which HYBE's stock prices rose by 6.76%. However, as the minister revised his statement, the stocks again fell by 8.26%. Recently when the results were declared with more than 50% of the respondents favouring BTS enlisting in the military, HYBE's stocks fell by another 4.18%.

Well, the decisions remain to be taken by the parliament on the Bangtan Boys' military service enlistment. BTS' eldest member Kim Seokjin aka Jin turns 30 this year. There's still no confirmation or update about the same. Months ago when asked about his take on enlisting in military training, Jin said that his decision will be the same as the company's decision. In other news, Jin recently had a trip to New York. He is said to be working on his solo project.