BTS: Min Yoongi aka Suga follows Psy to be the second Korean soloist to achieve THIS feat

BTS' member Suga is one of the most talented rappers and producers who've given amazing music. His Daechwita has achieved an incredible feat, making Min Yoongi the second Korean soloist to do so. Find all about it below: 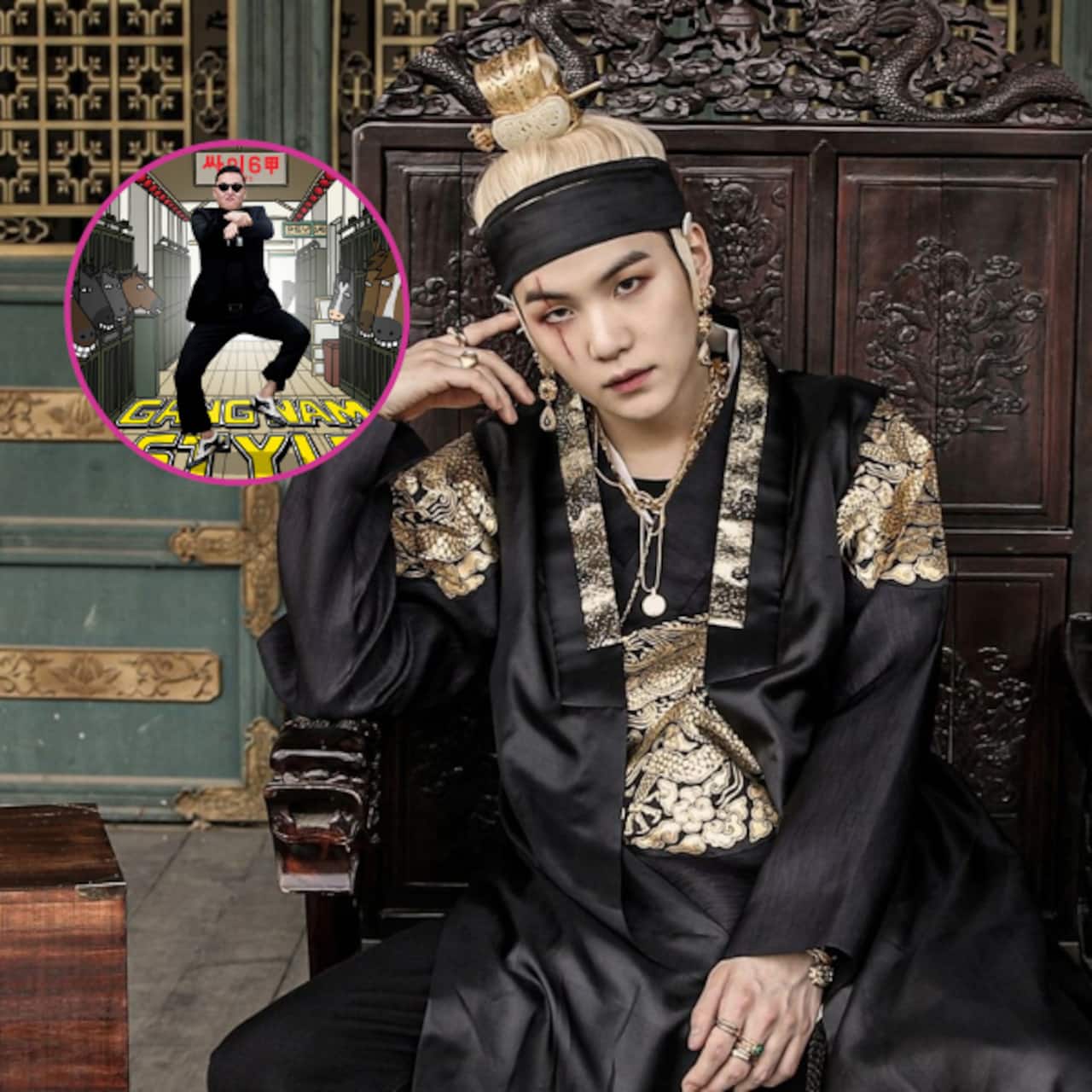 BTS ARMY, it's time to celebrate another achievement of the BTS member. This time it's Min Yoongi aka Suga aka AgustD. Suga is an impeccable rapper and music producer. He has produced some amazing songs and his mixtapes and solos are a rage. Suga is now of the most sought-after music producers in the K-pop and music industry. BTS is known for making and breaking records. And guess what, Suga as a soloist has made a new record recently. Also Read - BTS: SUGA aka Min Yoongi name surfaces in the Philippines Bar Exam question paper; ARMY feels the iconic line came true

Hollywood News is currently buzzing hot with this new achievement of Min Yoongi aka Suga. The rapper-music producer's song Daechwita has surpassed 400 million views on YouTube. Yep, you read that right. Daechwita is one of the masterpieces made by Suga that have been loved by the ARMY. In fact, Suga's Daechwita personality is considered to be his alter ego. ARMY is crazy about Daechwita and Suga's looks in it. Also Read - Shah Rukh Khan, Ranveer Singh, BTS Jin and SUGA, Kartik Aaryan - 5 male celebs whose long hair amplified their sex appeal - view pics

Talking about Min Yoongi is the second soloist to do so, he is right behind PSY who is leading the list with his Gangnam Style. PSY's song currently has 4.48 billion views on YouTube. Daechwita achieved the 400 million incredible feat in just two years. It was in 2020 that AgustD released his song, leaving the ARMY in awe of his talent yet again. Also Read - BTS Suga aka birthday boy Min Yoongi being the best Hyung to the boys is too wholesome [videos]

BTS member Suga collaborated with PSY earlier this year for a solo song called That That. It is a rage. Suga has not just composed the song but also helped with the lyrics, featured in the MV and also grooved alongside the living legend. Recently, at the MAMA awards, Psy and Suga's collaboration, That That, won the Best Collaboration and Best Dance Performance Solo.