BTS: OMG! Lucky fan bumps into Jimin, Jungkook and J-Hope at an L.A. restaurant – deets inside

As you might be aware BTS boys are in the US to perform at the AMAs. So this fan bumped into them at a restaurant and shared his experience.

BTS enjoy a loyal following of fans across the world. The army can do anything to get a glimpse of their favourite members. But not everyone gets lucky like the person we are going to talk about. As you might be aware the band members are in the US to perform at the AMAs. So this fan bumped into them at a restaurant and shared his experience. The fan sad that he was felling sad as he missed buying tickets for their performance but eventually got lucky. Also Read - BTS V's mellifluous vocals in OST for BFF Choi Woo Shik's Our Beloved Summer mesmerises ARMY – view tweets 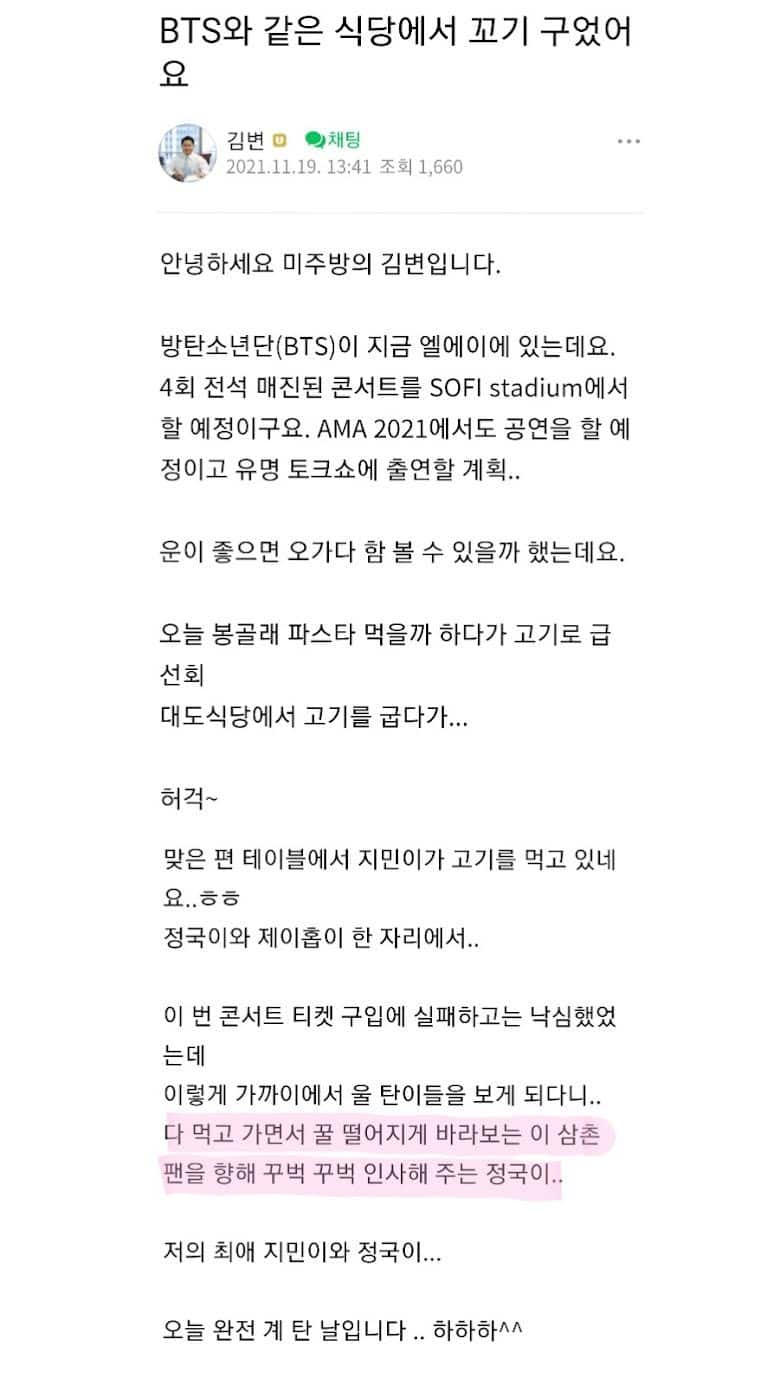 “Hello I am Kim Byun from the U.S. cafe online community board. BTS is in L.A. right now and is preparing for their concert at the SoFi Stadium. They are also preparing to perform at the AMAs and appear on a popular TV show…and I thought if I am lucky, I might be able to bump into them.

I was going to eat pasta today but opted for K BBQ and went to DaeDo Sikdang to eat…and OMG. Jimin was grilling meat at the table across from me…with Jungkook and J-Hope there too. I was sad because I failed at buying tickets for the concert…but I was able to see them this close…Jungkook bowed to me as he left as I kept looking at them. My biases are Jimin and Jungkook…today was my lucky day.

They ate quickly and left…After they left they walked by table and I literally couldn’t breathe…I was touched at Jungkook as he turned around and bowed to me as he left.”

Well, we are sure many fans must be going green with envy.