BTS: Park Jimin reveals things that touched and stayed with him throughout the years; ARMY, it'll leave you teary-eyed

BTS Jimin has won hearts with his new song Vibe with Taeyang of Big Bang. And the BTS singer probably has some interesting songs up his sleeve which he'll drop through his album. Right now, however, his interview is going viral. 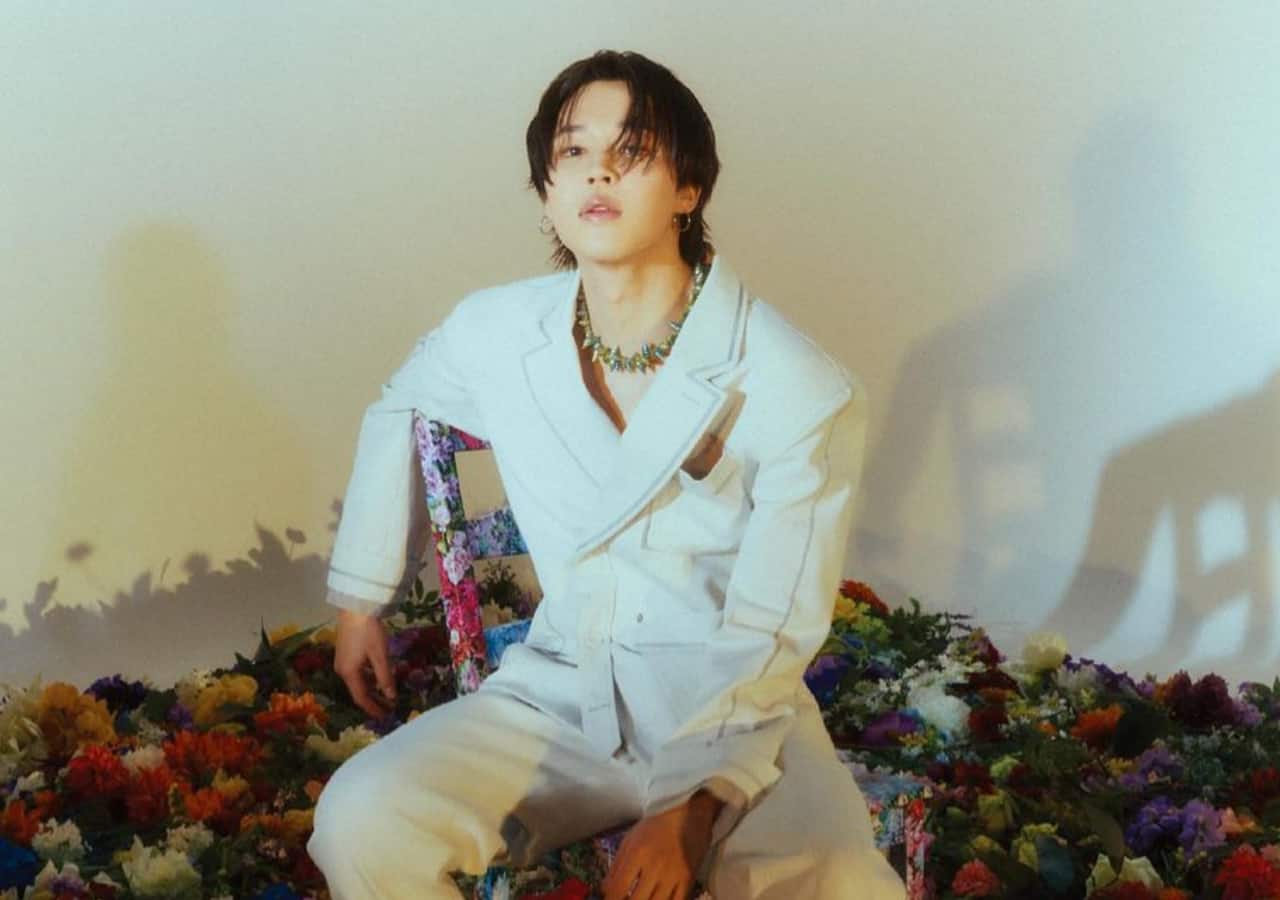 BTS Jimin is going places with his latest single Vibe with Taeyang impressing everyone to being announced as the Global Ambassador for Dior and upcoming album and more. Jimin had been lying low for a major part of the latter 2022 and that's because he has been working on his solo album diligently. Jimin's new interview with W Korea has grabbed the attention of the ARMY. Well, the BTS ARMY misses their Chimchim and are eagerly looking forward to his album. One of the questions that Jimin answered will leave y'all teary-eyed. Also Read - BTS: Park Jimin is not just an amazing dancer, singer but also a big time FLIRT and THIS video is proof [Watch]

Jimin opens up on what has stayed with him

Park Jimin aka Jimin is one of the BTS members that has been trending in Hollywood News a lot lately. In his interview with W Korea, Jimin was asked about any words that have stuck with him, words that warmed him up. Jimin had an elaborate answer to that. And the Run BTS crooner's revelation will leave you emotional, ARMY. Jimin could recollect a lot of moments that has stayed with him. He listed a fair few. Also Read - Hollywood Weekly News Rewind: Will Smith apologises to Chris Rock again; BTS Jimin's dating rumours with Korean actress and more

Jimin shares that the ARMY sends him beautiful messages that he feels he doesn't deserve. He revealed that one fine day his manager hugged him and apologised for not feeling the pain that he (Jimin) went through. The With You singer also recalled getting hugs from his manager whenever he would have a hard day. Jimin recollects times when the staff would shed tears for him or when his friends and family members would stay with him. However, the time he feels most vulnerable and at the same time very strong is when the members tell him that "It's okay." Also Read - WHAT! Meet BTS Jimin's Philippines doppelganger that leaves netizens confused with his uncanny resemblance

Watch the video of Jimin's photoshoot for W Korea here:

Jimin was asked about having a low moment in his career, the moment he sank down hard and cried. He was asked if one thing he would like to tell his younger self. Jimin revealed crying a lot of times and complaining about how exhausting it would be or for feeling lost. He didn't know what to tell himself but Chimchim is grateful for going through all of that because it has got him where he is now.

Meanwhile, Jimin is in Paris. He will be attending the Winter 2023-2024 Men's Collection showcase by Dior.