If at all BTS has to have a collaboration with a Bollywood diva, who among Disha Patani, Rashmika Mandanna, Jacqueline Fernandez or Nora Fatehi would be your choice? 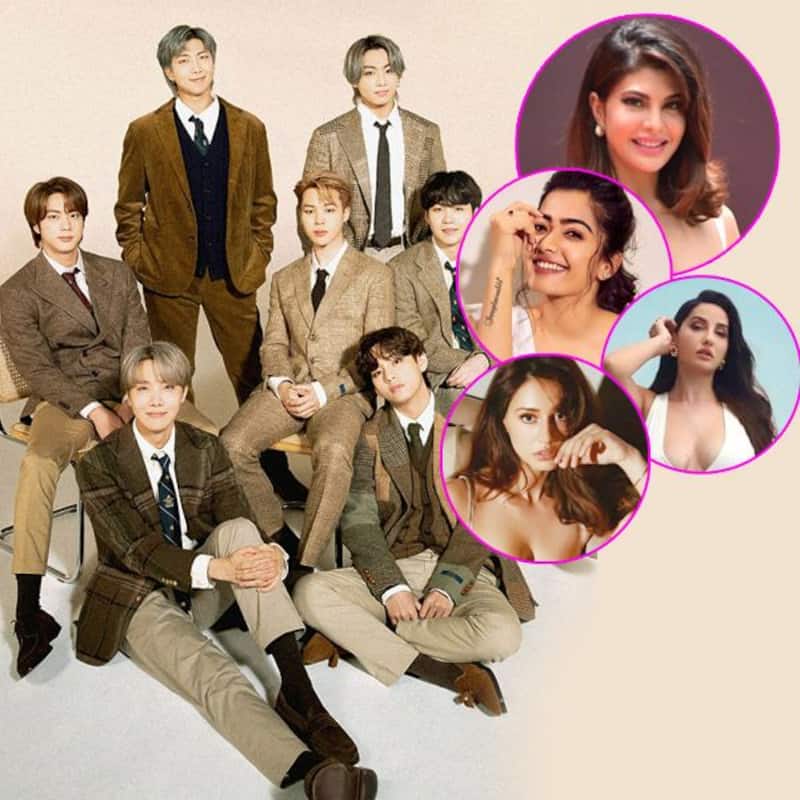 Who does not want to collaborate with BTS? The Korean boy band is known across the globe and their music indeed brings the world together. Currently, they are at the top of their game and fans are simply waiting for their new album to drop. Post the Permission To Dance On Stage Las Vega concert, BTS announced that they are going to be back with a bang with their next album. In anticipation, we are here to make things interesting. While BTS has collaborated with many artists from the west like Coldplay, Ed Sheeran and others - how about a BTS collaboration with a gorgeous diva from Bollywood? We already know that there is a great fan following for BTS among Bollywood stars so why not have a diva matching stepping with Bangtan Boys in the next music video? Also Read - Yeh Rishta Kya Kehlata Hai duo Harshad Chopda-Pranali Rathod, Jennifer Winget-Tanuj Virwani and more TV co-stars who sparked dating rumours

We have narrowed it down to four names. Rashmika Mandanna is at the top. The Pushpa: The Rise star is currently showcasing her A-level game when it comes to her career plus she is a big BTS fan. Recently, when she was spotted in Mumbai, she sent out love to her fans by making a heart with her two fingers just like BTS do. The next is Disha Patani. She is a fabulous dancer and a part of BTS ARMY, so why not? Jacqueline Fernandez seems to be spreading her wings as she recently collaborated with 365 days actor Michele Morrone. BTS, could be next? Last but not least, there is Nora Fatehi who is considered to be the queen of dancing currently. Also Read - It’s AWKWARD! Disha Patani, Jackie Shroff and more celebs will take you on a laughter ride

Who among these four ladies should collaborated with Bangtan Boys? Take the poll and let us know. Until then, watch this space for more updates. Also Read - Ranveer Singh-Deepika Padukone, Aamir Khan-Karisma Kapoor and more Bollywood stars who shared the hottest lip lock scenes [View Pics]