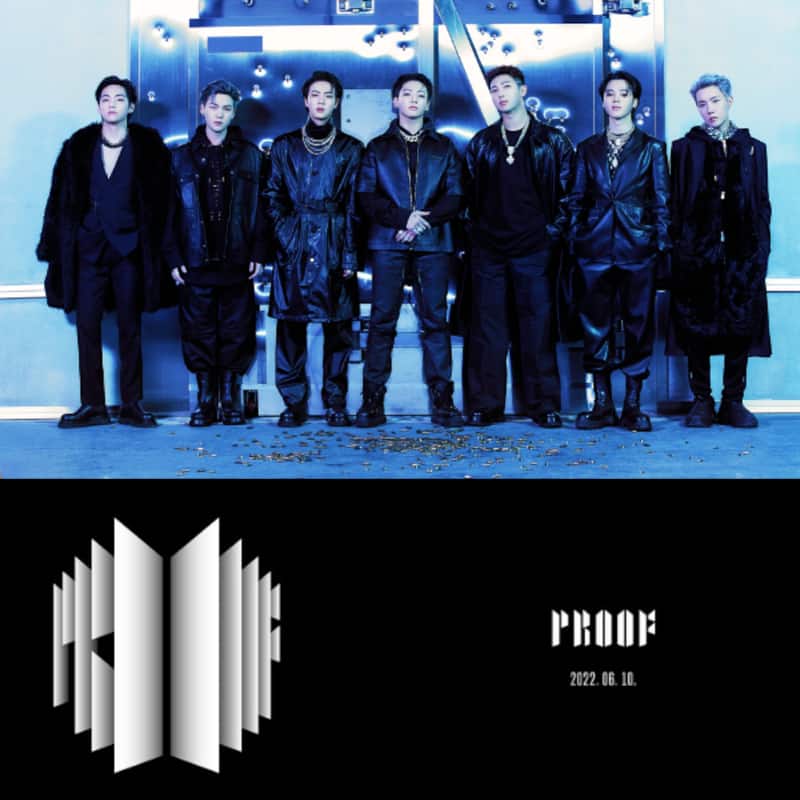 BTS' anthology album Proof dropped on 10th June 2022. And ARMY had been streaming the BTS songs from the album like crazy and their efforts have come to fruition as BTS Proof has debuted on top on Billboards 200 chart (dated June 25). Yes, you did it ARMY. BTS Proof is a compilation album of the Bangtan Boys' - RM, Jin, Suga, J-Hope, Jimin, Taehyung and Jungkook - years of hard work in the last nine years. The new album also includes some of the new releases such as Yet To Come, Run BTS, For Youth to name a few. Also Read - BTS: Jungkook deletes ALL his posts from Instagram; heartbroken ARMY wonder if everything is fine with the Golden Maknae [Read Tweets]

As per Luminate, reports Billboard, about 314,000 copies of BTS' Proof were sold by 16th June and about the majority of the unit figure was due to the CS album sales. BTS made their debut in 2013 and over the last couple of years, they have marked 15 entries on the Billboard 200 albums chart. About 266,000 units were sold under CD sales with 36,000 streaming equivalent sales with 52.84 million on-demand streams and 12,000 track equivalent album sales. As per the report in Billboard, BTS Proof is the year's biggest week for an album by a group. Previously, BTS debuted on no 1 with Love Yourself: Tear, Love Yourself Answer, Map of the Soul: Persona, and BE. ARMY is going bonkers over the same and is trending 'Congratulations BTS' and 'BTS Paved The Way' on Twitter. Check out the tweets here: Also Read - BTS: V aka Kim Taehyung makes a comeback on social media amidst link-up rumours with Blackpink's Jennie; interacts with an ARMY on Weverse

*Billboard 200 chart ranks the most popular albums of the week in the U.S.#BTS #방탄소년단 #ProofNo1OnBB200 pic.twitter.com/FtdRG3p4ht

Thank you US ARMY for all your hard work! ? https://t.co/SywkYaVeod

congratulations @BTS_twt doing this with an anthology album is even more incredible https://t.co/HkKkEnL4Ph

CONGRATULATIONS @bts_bighit FOR GETTING NUMBER 1 FOR “PROOF” ON BILLBOARD 200. ??? pic.twitter.com/QykQZoBkAc

Talking about the anthology album, BTS Proof consisted of 48- tracks divided into three CDs. Out of the 48 tracks, only 35 were available to stream online and the 13 demo tracks were exclusive additions which were only available in the CD format. There are said to be new songs are Yet To Come, Run BTS, For Youth, Quotation Mark and Young Love, from which Yet To Come (lead single), Run BTS and For Youth have been released digitally. Also Read - BTS reminisces plan to have Jjajangmyeon at the 'empty house' while recollecting past memories for BTS Proof [Watch Video]

BTS to focus on solo activities

BTS Chapter 1 came to end with the release of the anthology album BTS Proof. And now, the Bangtan Boys - RM, Jin, Suga, J-Hope, Jimin, Kim Taehyung and Jungkook, will be focussing on their solo projects and their individual artistry. That doesn't mean that BTS won't work as a group. But yes, it won't happen as frequently as it did before.