BTS members - RM, Jin, Suga, J-Hope, Jimin, Taehyung and Jungkook reminisced their good old days while talking about BTS Proof, their upcoming anthology album for the This Is Spotify playlist. 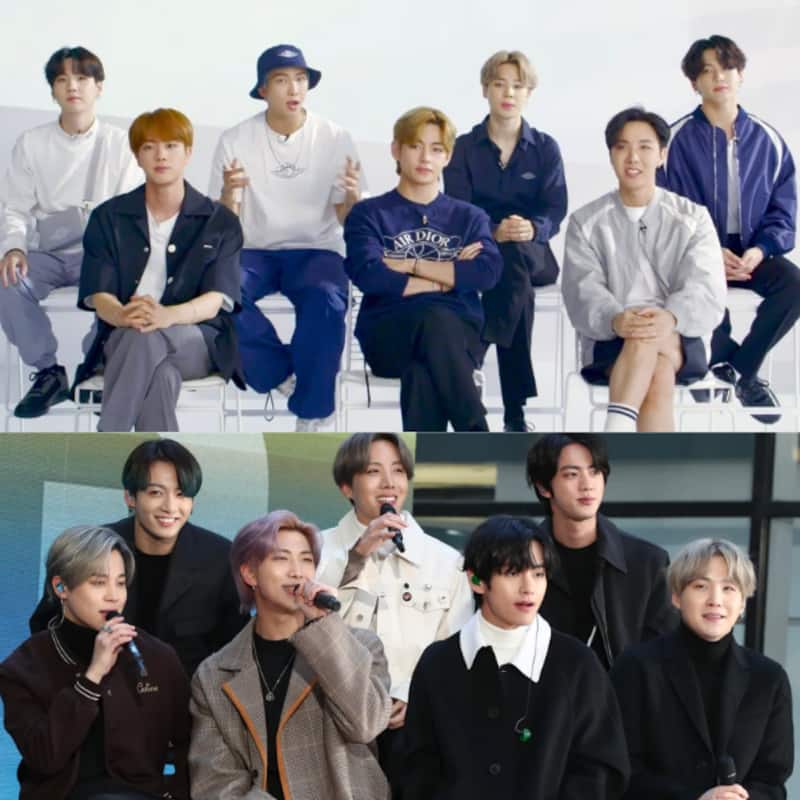 BTS aka the Bangtan Boys are gearing up for their anthology album Proof. And Big Hit has been dropping Proof of Inspiration of each of the BTS members online as a part of their promotional campaign for BTS Proof. And now, a video of BTS - RM, Jin, Suga, J-Hope Jimin, Taehyung and Jungkook's interaction with the folks at Spotify has been released. BTS members are seen reminiscing their good old days. Also Read - Trending Hollywood News Today: Kylie Jenner preparing baby to be an athlete, Blackpink set to return, Viola Davis' The Woman King trailer and more

BTS recalled how they attended each others' graduation and prepared lunch boxes for Jungkook or even planned on going to their first dorm room and having jjajangmyeon aka black bean noodles together. Their hearty interaction reminiscing their past days is indeed a treat for all the fans. BTS ARMY is as it is emotional over the anthology album, Proof. However, their emotions would be heightened after watching the Bangtannies talk about their various music era. Also Read - Sonakshi Sinha's blonde look gets mixed reactions; netizens call her 'jalpari', 'Game of Thrones in Lokhandwala' and more

Talking about having jjajangmyeon aka black bean noodles in their first dorm, the boys shared that they sometimes pass through that area. J-Hope revealed that nothing has been changed. The boys moved on to the 2015-2016 era when HYYH, also known as The Most Beautiful Moment in life pt. 1 came out. Jin joked that for the shoot of Run's MV they had to run for about 15 hours. "it was tough," he said while recalling running along the ahan River. RM, the BTS leader quipped that they will need a whole day to go over everything and next we hear is V aka Kim Taehyung asking them to move on. Also Read - Kylie Jenner and Travis Scott are already preparing their baby to be an athlete; we wonder what 3 Idiots' Rancho would say [Deets Inside]

It seems there are more parts of this interaction of BTS with Spotify. Let's wait for more. Meanwhile, Proof is dropping on 10th June 2022. The album will include BTS members' songs from previous albums. The third CD includes some of the demo versions of the songs sung by the BTS members.