BTS' RM aka Kim Namjoon's fans from India plant 500 trees in Noida on his birthday; ARMYs thank their 'wholesome gesture'

BTS leader Kim Namjoon aka RM Birthday: ARMYs from Delhi and Noida plant 500 trees in the honour of this special occasion 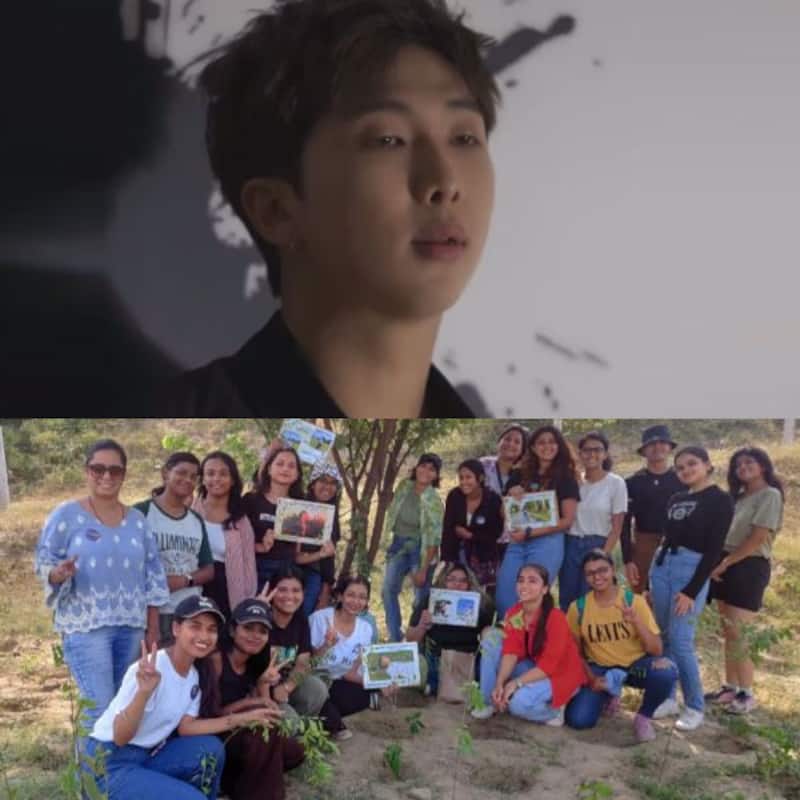 BTS leader Kim Namjoon has turned 28 (International Age) today. RM aka Kim Namjoon has had a good birthday celebration so far. The handsome music producer, lyricist, rapper and head of BTS had friends over at his place at midnight. ARMYs and BTS fans have organized a number of birthday projects all over the globe for Kim Namjoon. Most of them are related to tree plantation, arts and education. These are things that RM aka Kim Namjoon stands for. Arts is his passion besides music. He loves nature and solitude it offers. Well, a group of fans from Noida and Delhi planted 500 trees in his name. They raised close to Rs 20K for this initiative. Also Read - BTS: After RM aka Kim Namjoon faces racist and homophobic slurs for becoming Most Handsome Face over Henry Cavill, TC Candler releases statement

They have planted 534 trees, which adds upto 12, which happens to be the birth date of Kim Namjoon of BTS. It is a known fact that RM of BTS is hugely idolised in India along with the likes of Kylie Jenner. He is a global youth icon for his achievements, and of course, his unforgettable speech at the UN. The fans have planted 12 different varieties of trees like gooseberry, orange, mogra, neem and so on. This is the second time, the fan club has undertaken this initiative for Kim Namjoon. Take a look... Also Read - BTS: After huge uproar, Indian online teacher apologizes for threatening behaviour towards fans of the K-Pop band; ARMY say, 'Your words are not genuine'

thanks to all the armys who supported us, we were able to plant 534 trees for Namjoon today!!!! our goal was 300 and we got a really big boost in the last few days!

Happiest birthday to our Namjoon. ?? pic.twitter.com/6OiNRREHNz

um guys....wait....we just realized that we planted 12 different varieties of trees for Namjoon and his...birthdate is 12!!!!! OH MY GOD THAT'S CRAZY

BTS fans from across the globe have thanked them for this gesture. Some days it would be great if Namjoon recognized the same. Also Read - BTS: RM being the father of Bangtan Boys is the most adorable thing ever; ARMY, here's an UNMISSABLE compilation video [WATCH]

this is so amazing?? thank you guys for your hard work! im sure namjoon will be so proud. happy namjoon day!

BTS leader RM aka Kim Namjoon came on Weverse and said his album RM3 is almost ready. He said it should release this year. He told fans that the Bangtan Boys are very happy now, and closer than they were ever before. He told fans to wait for the day when they did release new album as BTS.