BTS: RM aka Kim Namjoon's Swiss vlog is OUT; desi ARMY notice a girl's voice in Hindi in the background

BTS: RM aka Kim Namjoon's Swiss vlog is OUT; desi ARMY notices a girl talking loudly in Hindi behind the BTS leader 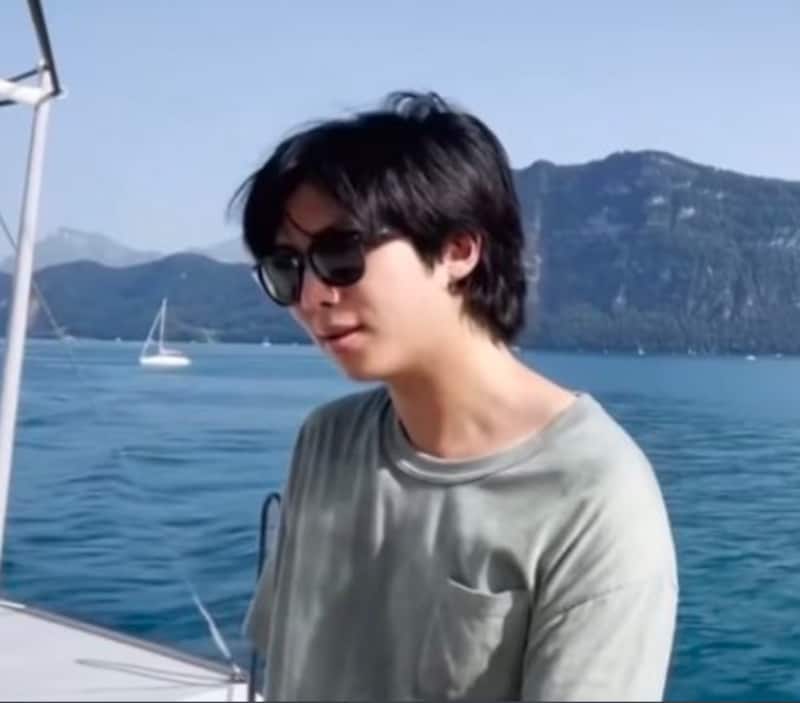 BTS member RM aka Kim Namjoon's Swiss vlog is out. The front man of the K-Pop group has made a vlog which has documented his trip to Art Basel, Rigi Mountain and Luzern. From picturesque sights of Switzerland to in-depth look at the art works in museums, it has been a treat for fans. Kim Namjoon aka RM has given commentary and there are many cute moments. But one has caught our notice. We can hear someone talking in Hindi standing just behind BTS leader Kim Namjoon aka RM. The lady can be heard saying that she is there from six in the morning. Also Read - Independence Day 2022 Azaadi Ka Amrit Mahotsav: Drashti Dhami reveals what 'Asli Azaadi' means to her [Exclusive]

It is quite evident that RM aka Kim Namjoon was in close proximity to the person. His dialect is also very endearing in the video. Fans are reminded of the time when a Hindi voice could also be heard in the vlog of Kim Taehyung from Paris. It was when he was posing close to the Eiffel Tower. Also Read - Anjali Arora gets trolled for wearing a crop top while posing with a flag; netizens say, ‘Tirange ko nahi khudko dikha rahi hai'

there's someone speaking urdu/hindi in the background of namjoon's vlog. i tried my best to roughly translate it but i couldn't understand a lot ? sorry pic.twitter.com/2L95r8vZJV

people speaking in hindi in the bg while namjoon is vlogging the serene veiw will never not be funny, it seems they never left that place from the ass crack of the dawn lmao.pic.twitter.com/yim6n5Q2kg

SOMEONE SPEAKING HINDI BEHIND NAMJOON IN HIS VLOG
IM FEELING SOME CONNECTION LOL ?
INDIANS ARE EVERYWHERE LOL ?

Well, BTS is now on a break from group activities. The K-Pop kings will be releasing a song for the FIFA 2022 World Cup. J-Hope aka Hobi will be performing at the Lollapalooza Festival in Chicago. RM also said that his album is ready but he has to film music videos and all. Also Read - Priyanka Chopra shares a glimpse of baby daughter Malti Marie's Sunday reading session; the cutest onesie will make you go aww [VIEW PICS]