BTS: RM aka Namjoon first album Indigo will make you emotional and teary; this is what collaborator Colde said about it 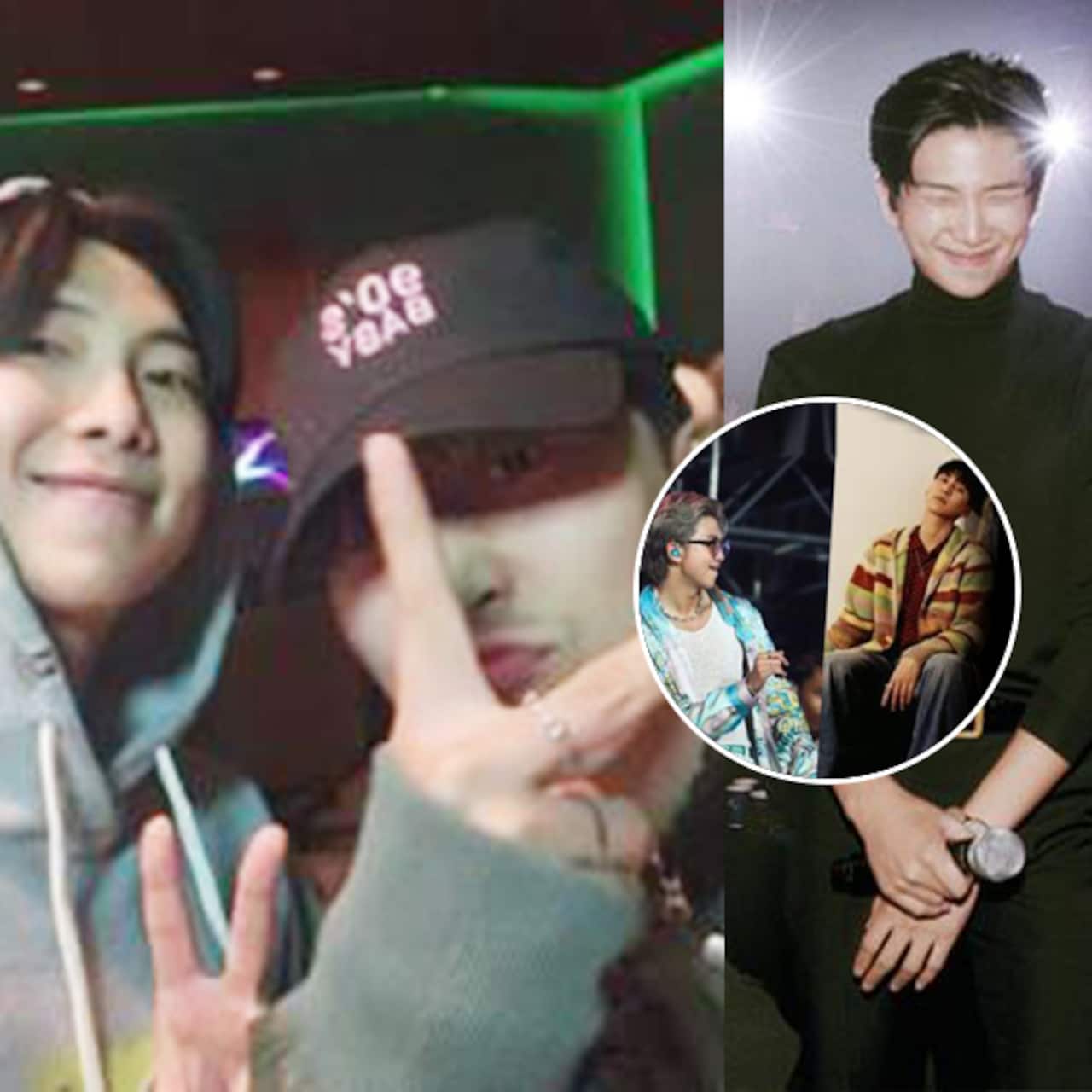 BTS leader RM aka Kim Namjoon fans are super excited. ARMY and everyone is waiting for Indigo that comes out tomorrow. The teaser of Wildflower was released last night. The gorgeous visuals have captivated everyone. Indigo has a starry line-up of guests. Some of the names include Colde, Tablo, Anderson Paak, Erykah Badu - a line up which can be described as staggering. Now, the first review of Indigo is out. Korean singer and music producer Colde is also a part of the song, Hectic. He has shared a couple of Insta stories with Kim Namjoon. He has posted a note that reads, "Namjoon, who always loves and lives the world with an unchanging attitude and heart. It’s even more meaningful and precious to be able to conclude [our] 20s [working] together on your precious album that you prepared for a long time." The translation is done by @btsbaragi_jk. Also Read - BTS: RM aka Kim Namjoon describes marriage as 'realization of choice'; ARMY say, 'Most relatable person ever'

Fans asked Colde whose real name is Kim Hee-soo on the album. He has said that he has listened to Indigo. It seems the album is so good and emotional that people will be left in tears. He said he could not wait for the release of Indigo. This is what he said... Also Read - BTS: Namjoon aka RM keeps his promise; to hold a special concert for 200 ARMYs for new album Indigo in intimate setting

From Colde’s IG
?yes..i listened to it in advance/beforehand and…?
it’s [so] good that [it causes] tears/to the point of tears
Please look forward to it
Tomorrow, hurry up and come!! (As in “i hope tomorrow comes soon/quickly”)
@/rkive
INDIGO https://t.co/dIxz0a7FL2 pic.twitter.com/L6ViYFacjg

#Indigo is "so good to the point of tears"? I believe, truly believe it will mend and break my heart at the same time. Just the #Wildflower trailer alone is making me feel all sorts of way. #RM is a gift to the world. #BTSARMY Give your full support.?https://t.co/6X0iaVdXWX

Ok, gonna get another box of Kleenex ready.. and will try to get a lot of sleep tonight coz tomorrow we're going to war!!!

BTS leader RM aka Kim Namjoon is also adorable on his new TV show. He said he read up and did some research before he came on a show with physicists and intellectuals. Also Read - BTS: RM aka Kim Namjoon gets consoled by ARMYs after he hints that he could be an 'eternal hopeless romantic' kind of guy [Read Tweets]