BTS: Rush Hour singer Crush reveals that he sang at the wedding of J-Hope's sister Jiwoo which happened last year in May 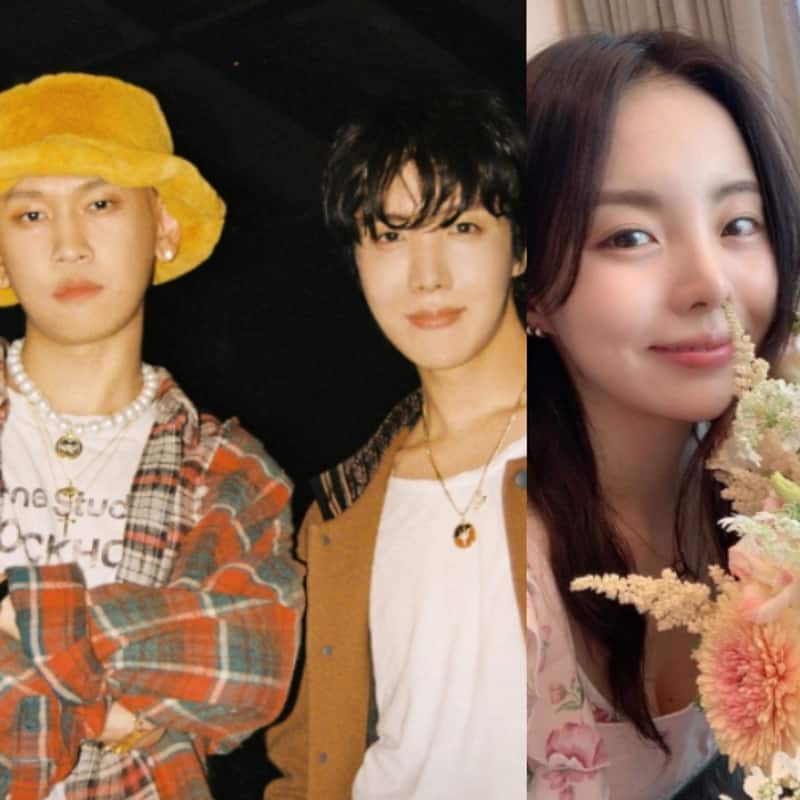 BTS member J-Hope is on a roll. His latest song Rush Hour with Crush is winning hearts all over. The peppy track has a fab rap verse from J-Hope and his dance moves are chef's kiss. The two have also shown incredible chemistry in the track. Rush Hour topped the iTunes globally and this is a first for CRUSH. Fans who follow K-Pop and Korean music know that Crush is the singer of the memorable melodious song Beautiful Life from the K-Drama Goblin, which is a global hit. At one of the interviews, CRUSH revealed that he sang at Jiwoo's wedding. While this was known to some stans of J-Hope others have got a surprise. Also Read - Rush Hour ft BTS' J-Hope and Crush out! ARMY finds references to Mic Drop and more Bangtan Boys' songs

It seems J-Hope later visited Crush at his studio, and thanked him for singing at his sister's wedding. He even got him a gift as a token of gratitude. As we know, his sister got married last year in a private ceremony. Jung Jiwoo is a fashion influencer and entrepreneur. She is also friends with many in the idol industry of Korea. When they met in the studio, J-Hope told him about his solo album, Jack In The Box and how he did appreciate some feedback from him. Crush also told him about the song, and J-Hope said he would love to do a number with him.

Well, Bangtan Boys' rapper and dance leader, J-Hope is known as sunshine of the group. He sent snacks for IU and her entire team when he heard that Crush will be going on her show to promote the song. A number of singers like Lizzo, Becky G and IU have spoken about how appreciative, kind and humble BTS' J-Hope aka Jung Hoseok is. His first album, Jack In The Box was well-received for its Korean hip-hop and grunge vibe. He also performed in front of a packed house in Lollapalooza 2022.