BTS member Jungkook aka Jeon Jungkook is the talk of the town again and this time it's for his mullet hairstyle which he flaunted in a new Coway ad. BTS ARMY is going bonkers over how hot Jungkook looks with a black mullet. 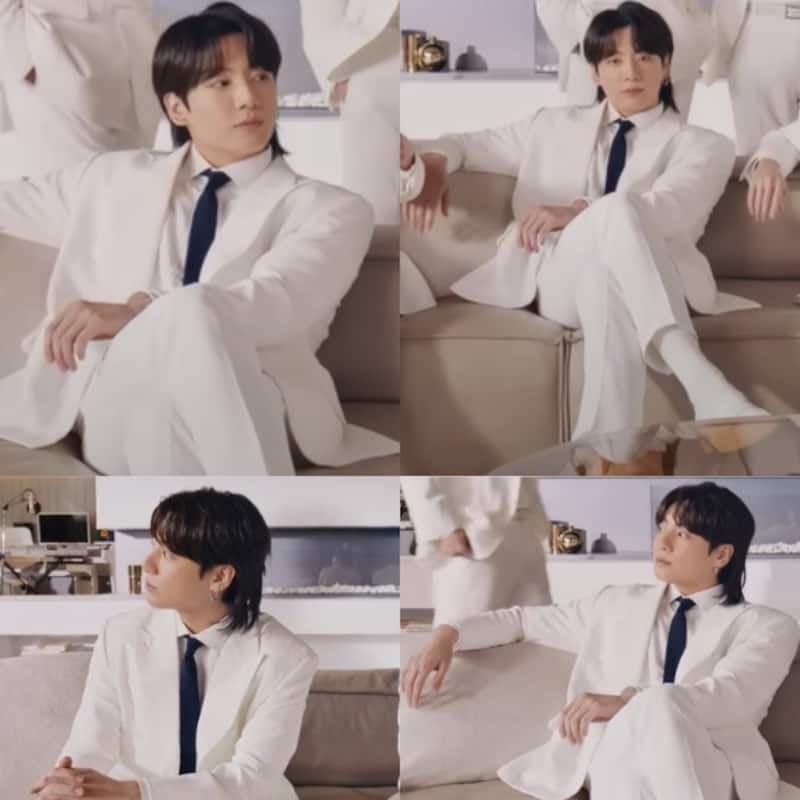 BTS members - RM, JIN, SUGA, J-HOPE, JIMIN, V and JUNGKOOK - may not be active online or dropping hints about their upcoming anthology album, Proof, but they sure make news every day. Apart from the three wins at the BBMAs, the Bangtan Boys made news for their new Coway ad. Also Read - BTS In The Soop Friendcation poster 1: Kim Taehyung, Park Seo-joon, Park Hyung-sik and others are SQUAD GOALS [View Pic]

Coway dropped a teaser of their new ad featuring BTS members. In the ad, the boys were all dressed in white suits. RM, Jin, Suga, J-Hope, Jimin, Taehyung and Jungkook, all looked exceptionally handsome in the new Coway ad. However, ARMYs are busy fangirling over the Golden Maknae's new hairstyle. Well, it's not something that the Stay Alive singer has not attempted before, but it was a while since the BTS ARMY saw Jungkook in a mullet hairdo. Boy, JK looks so handsome. The video begins with him and he catches the attention as soon as it begins. Also Read - BTS: RM aka Kim Namjoon enjoys a trip to a museum with a fan girl but it's not what you expect

BTS ARMY is still trying to digest the new ad look of Jungkook. They have been sharing the old pictures of the Permission To Dance singer with a mullet hairstyle. BTS ARMY is so fast that they have even created fan arts of JK from the Coway ad. BTS are the brand ambassador of Coway, a South Korean company that manufactures various appliances. ARMYs are going gaga over his pics, check out the tweets below: Also Read - BTS: Jin and Jimin echo ARMYs' sentiment, gush over RM's mafia boss look from the Grammys 2022

[INFO?] "The Mullet, Omg Jungkook, Mullet JK" entered twitter trends and "Jungkooks" is trending worldwide at #28 after Jungkook is seen with Mullet on the newly released video by Coway.#StayAlive #Jungkook @BTS_twt pic.twitter.com/bRvd4huHXS

Jungkook mullet hair will always be iconic for so many reasons.. ✨#StayAlive by #Jungkook prod by Suga Of @BTS_twt pic.twitter.com/EeJpA3dABX

Talking about the BBMAS win, BTS lifted the trophy in three categories - Top Duo/Group, Top Songs Sales Artist, and Top Selling Song (Butter). BTS were the most awarded group/artist at the BBMAs this year. And with that, they have written a history of being the most awarded group with 12 wins. They have now tied with the former band, One Direction for the most Top Duo/Group win. BTS seem to be gearing up for the anthology album BTS Proof.