BTS: SUGA aka Min Yoongi has become the new brand ambassador of Valentino along with the likes of Sir Lewis Hamilton and Li Ringhao 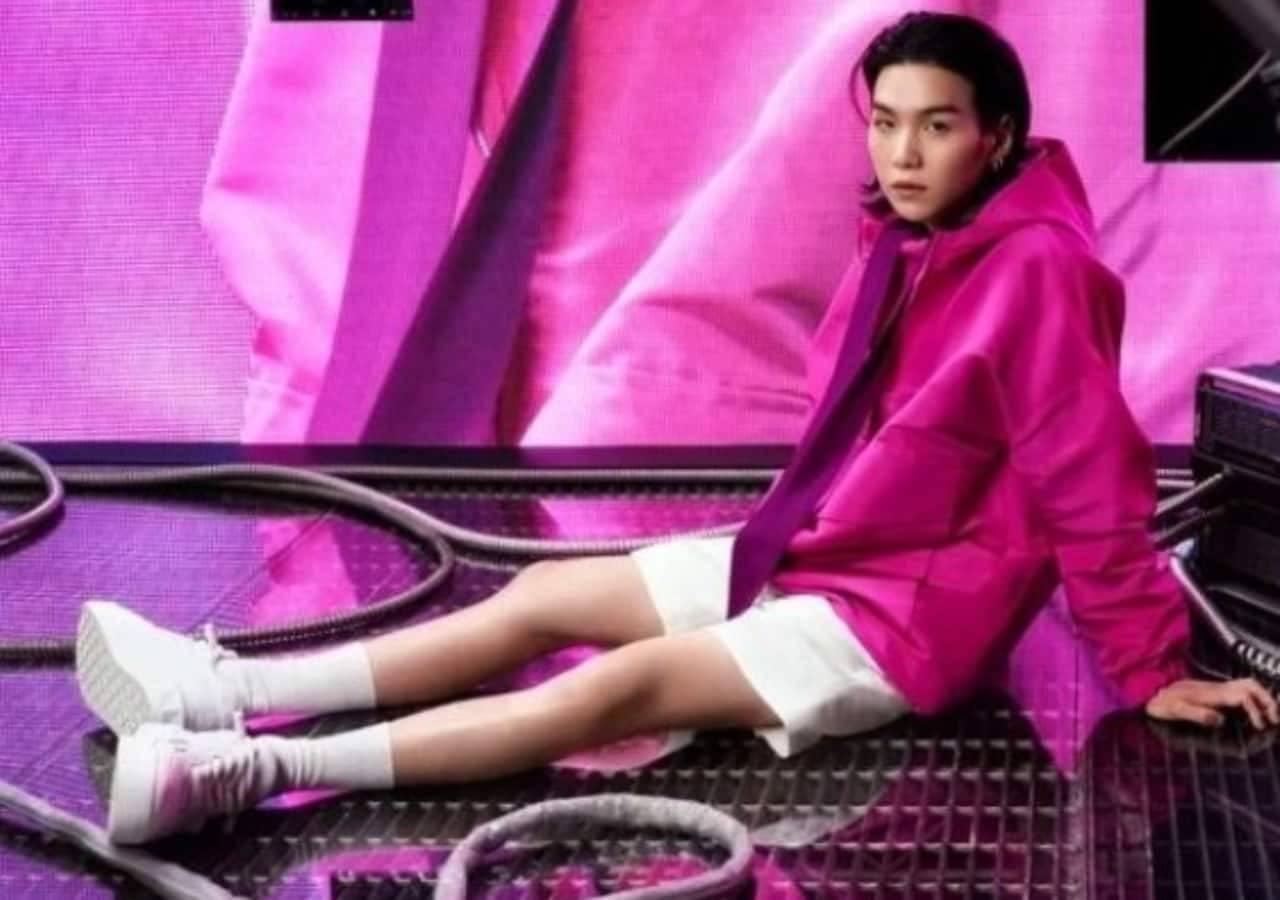 BTS members have been on the wish-list of fashion brands since three to four years now. ARMY rejoiced as Park Jimin was announced as the global ambassador of Dior, one of the most expensive fashion labels in the world. Even before the news sunk in, Valentino made it official that SUGA aka Min Yoongi has come on board for the brand as one of their ambassadors. The brand felt that he represents the philosophy of the label, which is Di.Vas (Different Values). SUGA aka Min Yoongi wore a suit from Maison Valentino for the basketball match of LA Lakers and Dallas Mavericks. Also Read - BTS: SUGA aka Min Yoongi name surfaces in the Philippines Bar Exam question paper; ARMY feels the iconic line came true

The creative Pierpaolo Piccioli described SUGA in a press statement as a "multifaceted artist". It further said, "He is an interpreter and uses his talent and his work to express himself with energy and authenticity. He perfectly embodies everything that DI.VA.s testimonials stand for: diversity, inclusivity, creativity and passion." The rapper and vocalist said that Valentino and Piccioli support diversity something he too believes in. Also Read - Shah Rukh Khan, Ranveer Singh, BTS Jin and SUGA, Kartik Aaryan - 5 male celebs whose long hair amplified their sex appeal - view pics

SUGA aka Min Yoongi will be seen in Maison Valentino Essentials campaign, dedicated to the brand’s menswear staples. Valentino, which is an Italian brand from Rome already has Sir Lewis Hamilton as one of the ambassadors for the menswear range. Chinese celebrity Li Ronghao is also a part of the team. Min Yoongi aka SUGA has had a good 2022. His collab with PSY That That has become one of the most successful songs winning awards. Also Read - BTS Suga aka birthday boy Min Yoongi being the best Hyung to the boys is too wholesome [videos]

SUGA aka Min Yoongi fans are now awaiting his third solo project D-3. His first two mixtapes have been quite successful with BTS fans and general public. Buzz is that Bottega Veneta may soon announce RM aka Kim Namjoon as one of their ambassadors.

The boys were global house ambassadors for Louis Vuitton. But that has now ended. J-Hope will head to Paris for the new Louis Vuitton show.