BTS: SUGA aka Min Yoongi and RM's conversatin on Suchwita warms the hearts of ARMY. This is what they said.... 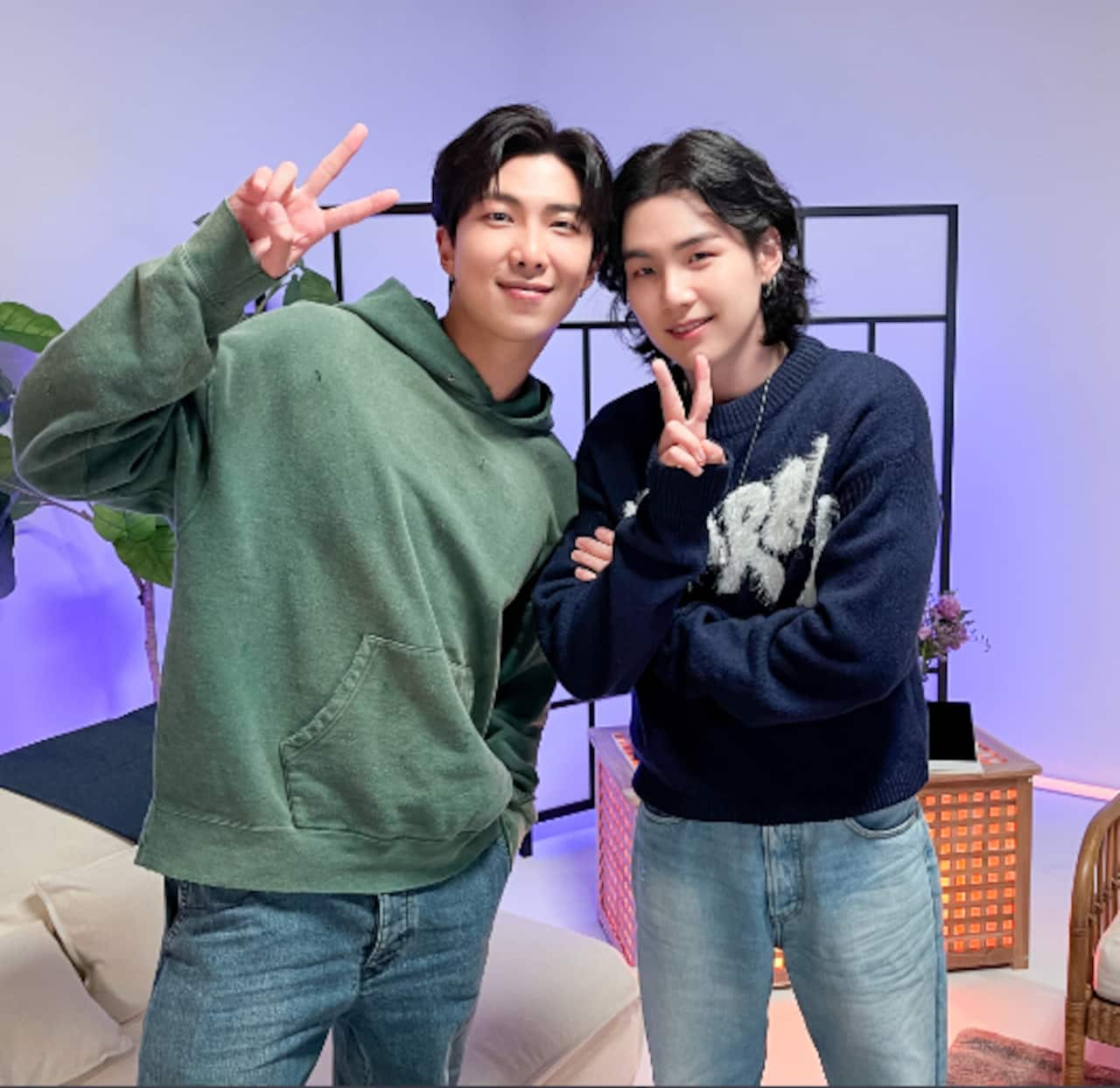 BTS members RM aka Kim Namjoon and SUGA had the telecast of Suchwita today. On the show, the duo got chatty as they bonded over drinks. It is still unclear if Suchwita was a one off thing or will we see one more episode. BTS rapper, music producer and vocalist SUGA aka Min Yoongi says that he knows Namjoon from 13 years now. RM aka Kim Namjoon reveals that he likes to have a glass of whiskey or two before going to bed. He also said that he likes it neat. It is a known fact amongst BTS ARMY that SUGA aka Min Yoongi had the max tolerance for alcohol amongst all. Also Read - BTS: RM aka Kim Namjoon and Jungkook to attend Grammys 2023 together?

SUGA reveals that RM always gave him a look when he would land up at the dorm drunk. He said that Namjoon always gave him a look like he was a pathetic guy. This time, Namjoon confessed that he landed up drunk for the recording of one of the songs of Indigo. RM aka Kim Namjoon said that he would finish military soon and work on songs for himself and the band. ARMY is going aww over their chat. Take a look at the tweets... Also Read - BTS: Jimin sets the internet on fire with his latest W Korea photoshoot; ARMY in love with his 'model' avatar

(And also Yoongi bringing up how he’d come back to the dorms drunk??) pic.twitter.com/LNUIEa7LS2

Drunk Yoongi is so funny. I bet they can get suuuper philosophical together. I'm sure they held back for the shoot. haha I can see them leaning on each other, the sun coming up, singing old Korean folk songs together after crying and yelling and talking for hours abt everything.

"when we were young when i came home drunk he would look at me like i was pathetic" WHAT ? pic.twitter.com/daCdpgCY3a

RM said that he is working on new music. He said that the new songs might come out before he enlists or maybe when he is in the ARMY. He also said that only J-Hope had heard all the songs of Indigo before the other members. Also Read - Pathaan meets BTS: Shah Rukh Khan-Deepika Padukone song Besharam Rang gets a Dynamite version [Watch]