BTS: SUGA x PSY's That That a hit at desi weddings? This video from a sangeet will warm hearts of Indian Min Yoongi fans

BTS: SUGA x PSY's That That a hit at desi weddings? Check out this video of the song being played at an Indian sangeet and how people are grooving on it 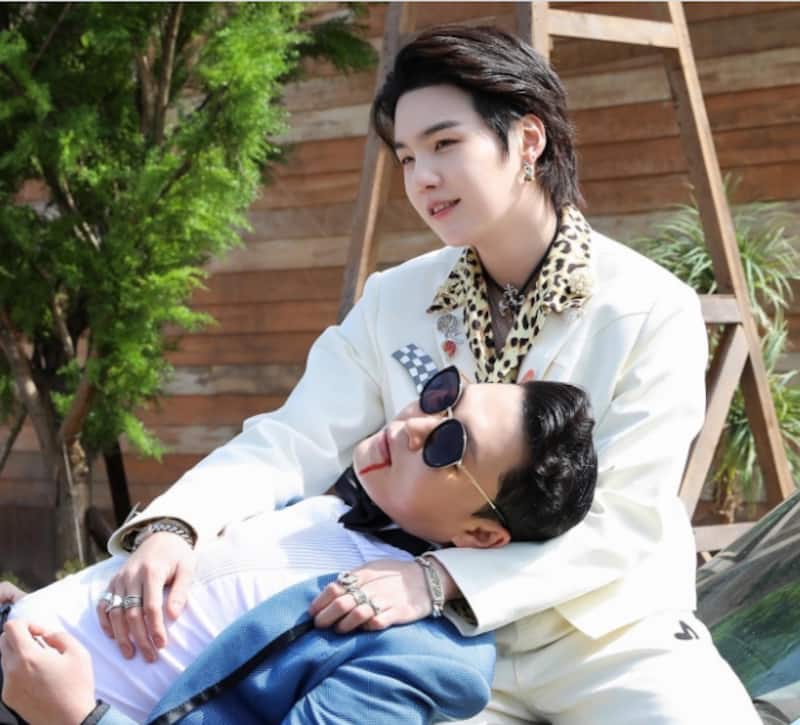 BTS' craze is growing in India. We know that many did not like the K-Pop band for a long time but slowly BTS is becoming more mainstream. We have seen songs like Dynamite and Butter being played at weddings. Now, a video has come where we can see people dancing to That That at the sangeet function of an Indian wedding. The group is acing the moves in lehengas and sherwanis. As we know, the choreography of That That is not easy. However, the people in the video make it look quite easy. This is proof that BTS' craze in India is becoming more mainstream day by day. Also Read - Trending Hollywood News Today: BTS member Suga nails long hair look, Kim Kardashian struggles in a bodycon dress and more

dancing to THAT THAT at a desi party ??? OOH YEAH WOW ??? pic.twitter.com/SXnIqCugLO

The song That That which is a collaboration between PSY and SUGA is one of the hits of the year. It has crossed 300 million on YouTube. The two did a live performance together at the Seoul Water Festival where SUGA made a surprise appearance. Fans went crazy. This desi video has warmed the hearts of fans. Take a look at some of the tweets... Also Read - BTS: Ahead of Kim Taehyung's stint as DJ on Radio show, here are 6 BIG REVEALS to charge you up for more interesting tea tonight

OMG SO COOL!! djsk the dance steps too ? Jungkook would join them :DD

That That might win the Song Of The Year award at the Korean music awards. It is a huge chartbuster. Min Yoongi aka SUGA is also working on a new album, D3. His new OST for Samsung Mobile also came out. BTS members are now preparing for a concert in Busan which is a part of the World Expo bid. Also Read - BTS: Min Yoongi aka Suga leaves for Japan; ARMY cannot stop raving about his long tresses [View THIRST Tweets]